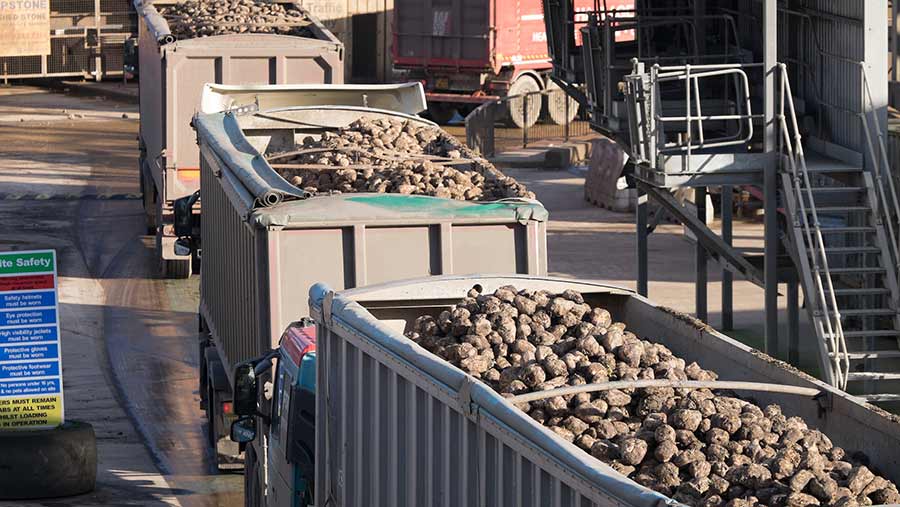 British Sugar is to delay the opening of its four sugar beet processing plants after warning this season’s crop would be “much lower” than the previous year.

The first beet plants to open will be Bury St Edmunds in Suffolk and Wissington in west Norfolk, both on 26 September, then Newark in Nottinghamshire on 2 October, and Cantley in east Norfolk on 10 October.

Last season, the factories opened just over a week earlier than normal because of a big crop to harvest, with Newark being the first to open on 14 September, 2017.

The  beet processor warned on Monday (10 September) that this autumn’s harvest is set to be “much lower” than last year’s 1.37m tonnes of sugar, due to a wet spring and very dry summer.

The sugar beet area this season is largely unchanged at 105,000ha, so yields for Britain’s 3,500 beet growers are set to fall from the record set last season at 83.4t/ha.

“The dates are aimed at striking a balance between supplying our customers with a quality product, allowing time for the crop to mature, and giving growers and hauliers time to plan their harvesting and delivery schedules,” said Colm McKay, the group’s agriculture director.