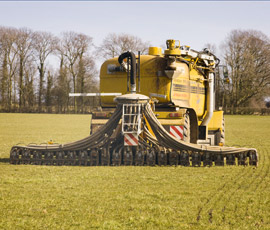 UK manufacturer GrowHow has kicked off the new ammonium nitrate season with a wholesale price for Nitram designed to see it on farm at £300/t for May or June delivery with payment the month following, writes commentator Roger Chesher.

This marks a reduction of about 5% compared with where the season opened last year and follows a period of strong trading in the UK by importers of nitrogen, notably from Lithuania, at prices comfortably below £300/t and down to £285/t.

GrowHow is positioning the nitrogen price as the opening of its summer campaign, rather than the new season.

Lithan (Lithuanian nitrogen) remains competitive and available, albeit reportedly in limited volumes, but generally imported AN supplies are tight as Russia and Ukraine concentrate on domestic users.

However, urea does not feature in the UK market as prices are currently too high.

The figure of £380/t in the table is based on replacement cost and little, if any, is currently imported. The strong pound is in our favour.

While GrowHow has left compound prices unchanged, its summer campaign sees N:S products priced on parity with nitrogen. At the same time, Gleadell has launched a new NS granular compound product laced with a little magnesium. The analysis is 27.5N.11SO3.6MgO.