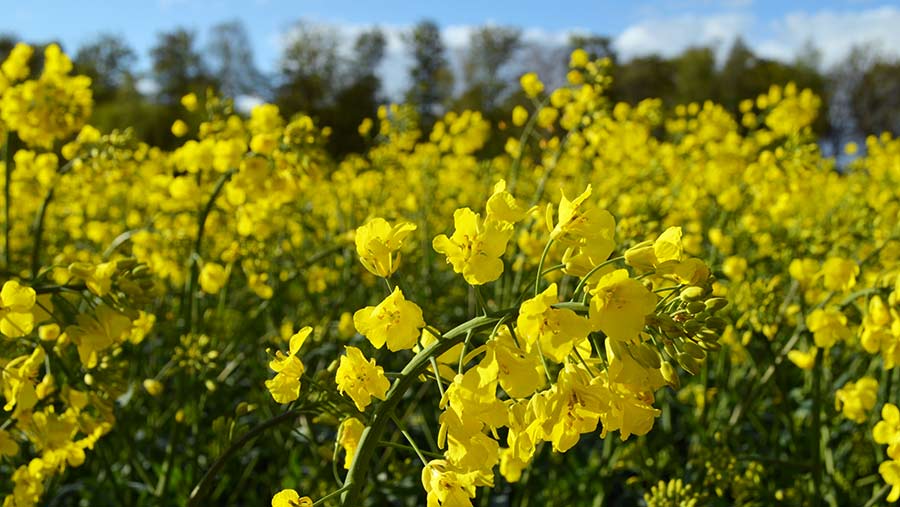 Lars Baekted is stretching his crop rotation after seeing clubroot spread into his oilseed rape crops and depress yields on the Swedish farm estate he manages.

His plan is to introduce grass seed crops to expand his rotation to grow oilseed rape once in every six years to try and prevent the disease being a major problem as he looks to push rapeseed yields towards 5t/ha.

“Three years ago we started to see clubroot when we were growing oilseed rape every four years so we are very wary of the disease,” he tells Farmers Weekly.

Read the first two parts of this Scandinavian series on oilseed rape:

On the Ovedskloster estate, which has 1,500ha of arable cropping, the grass seed crop will be grown for two successive seasons – primarily for its good returns, but with the added benefits of extending the farm’s rotation and giving a good early-maturing crop before oilseed rape.

Mr Baekted’s oilseed rape yields have a long-term average of 4t/ha, but fields with clubroot have dipped to 3.8t/ha, giving him an early warning of a problem that could only get worse.

Clubroot disease results in distorted roots and hence lower yields and is encouraged by heavy cropping with brassicas such as oilseed rape. 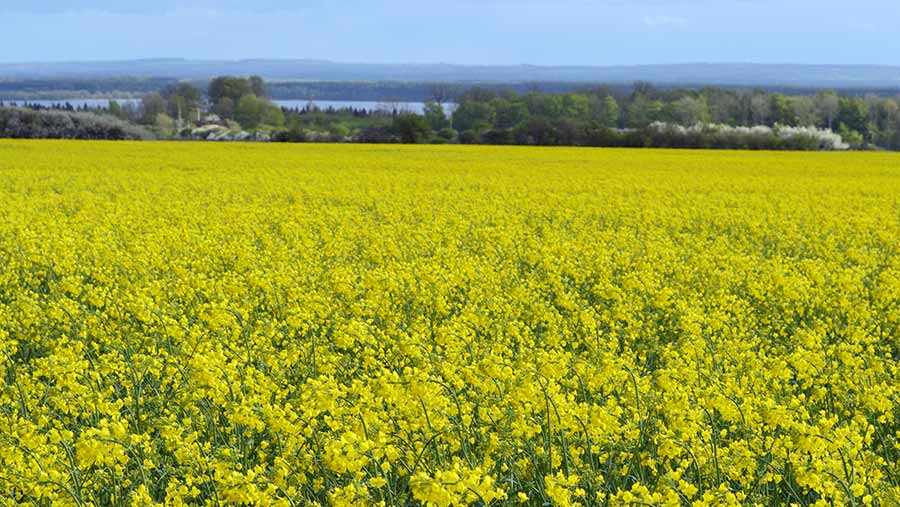 He is using the clubroot-tolerant oilseed rape variety Mentor where the disease has been identified, but is keen to use modern high-yielding hybrid rapeseed varieties to help push up profitability.

The usual entry for oilseed rape is spring barley, and after the barley harvest he cultivates with a tine-disc cultivator and then drills.

He could possibly do this in a one-pass operation, but is keen to incorporate the chopped barley straw well before drilling in 12.5cm rows.

Last summer, he drilled most of his crop close around 18 August at 35 seeds/sq m to give 25-30 plants in the following spring.

His rapeseed area is down at 130ha this season for rotational reasons, as he normally grows about 250ha.

Pig slurry is used at drilling time to give 40kg/ha of nitrogen, then a further 20kg/ha of bagged nitrogen is applied to get the crop away well before the harsh long Swedish winter.

This is the first season he has used the plant growth regulator mepiquat chloride + metconazole (Caryx), as the crop looked a little tall and he needed to treat it to protect it from the harsh winter.

The ground is 70m above sea level, some 20 miles east of Malmo in southern Sweden, so Mr Baekted is keen on using hybrid varieties and utilise their vigorous early growth.

Apart from a small area of Mentor, he is growing the hybrid variety Expansion. 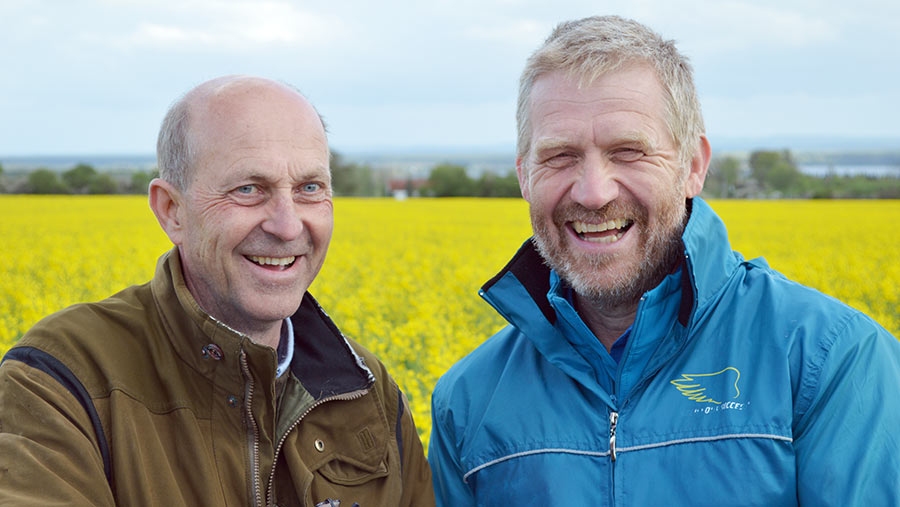 The variety’s breeder Dekalb is running trials on his farm led by Lars Ipsen, who is the plant breeder’s sales manager for the Nordics and Baltics, and Mr Baekted is eager to find the varieties that suit his farm, showing good autumn growth, winter hardiness and fast spring growth.

Last season, his farm’s average oilseed rape yield was 3.7t/ha, but some varieties in the trial area were yielding above 5t/ha, so it makes sense for him to keep track of new varieties.

“The biggest challenge in the autumn is to get the crop in the ground at the right time, and hopefully the grass seed that is harvested in July will give us extra time before drilling,” he says.

Spring nitrogen amounts to 120kg/ha – giving a total of 180kg/ha on the crop – and this could go higher as Mr Baekted looks for bigger yields.

One of the main problems on the farm is insect pests in the spring, and he is seeing a growing threat from seed weevils and pod midges.

He sprayed thiacloprid (Biscaya) in early May and says he may need another spray to keep the pests at bay.

Mr Baekted is looking to direct harvest his crops in the first or second week of August, as desiccating oilseed rape is not approved in Sweden.

“The secret is to leave the crop as long as possible to get the yield up, while it still gives a very good entry for winter wheat. It is an expensive crop to grow, but we are looking to cut the number of sprays,” he says.

For the future, he is looking for more crops to grow as he sees clear advantages with a wider rotations.

“Even if it is very dry, when we have fields with the right rotation then we can achieve 90% of the potential yield,” Mr Baekted says.

Next season the oilseed rape crop area in Sweden is expected to be unchanged at about 100,000ha after a gradual increase over the past three years, says Lars Ipsen, sales manager for the Nordics and Baltics at plant breeder Dekalb