As harvest rumbles on, it is clear it won’t be a vintage year for cereal yields and quality, but 2016 has certainly has been favourable for a number of grassweed species.

This means there is likely to be a huge number of weed seeds sitting on the soil surface and cereal growers are urged to carefully consider how to manage this high seed return ahead of establishing next season’s crops. 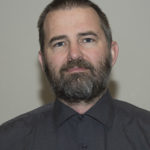 Subsequently, tillering has been vigorous, with high head counts producing plenty of seed, despite growers’ best efforts to control them.

“The weed problem was very visual this year, as everything just kept on growing. As we go into the drilling campaign, there’s a great deal at stake.

“While some of it is out of our control, there’s also a number of things growers should be doing to ensure the impact of all those weed seeds isn’t felt next year.”

Here, Mr Cussans runs through each of the most prominent grassweed species and offers some advice on how to minimise their impact on cereal crops being established this autumn. 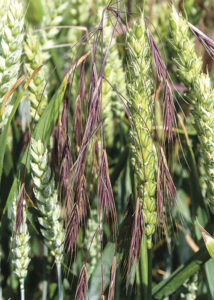 There are two distinct groups of bromes and their biology causes them to behave differently, so post-harvest management should be amended according to the species present, explains Mr Cussans.

Sterile and great brome, which are similar in behaviour to blackgrass, tend to come up as the same time as the crop, which is why pre- and peri-emergence chemical control can be very effective, he notes.

In contrast, meadow, soft and rye brome have a dormancy mechanism which results in a staggered germination.

“With this second group, the seeds don’t ripen on the plant, but mature once they’ve been shed and are lying on the soil surface,” he continues.

“So you need to leave them there for as long as possible, and don’t bury them with cultivations.”

Just using pre-emergence chemistry on these bromes is unlikely to work well, as they will germinate right through the season due to this dormancy mechanism, he adds.

“Although chemistry such as flufenacet and tri-allate works well on brome, you may need to use Broadway Star to finish off the job where they’ve continued to show.

“The Atlantis/Pacifica-type materials are just not as good in this situation.” 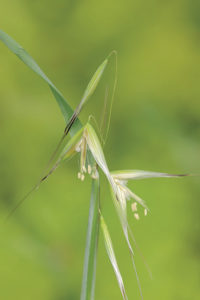 The frequency and abundance of wild oats does seem to have increased this year, acknowledges Mr Cussans, who adds he does not believe it is a sign of increased resistance to herbicides.

“Many growers were getting very good control of wild oats with their Atlantis applications, almost for free and without realising it,” he says.

“So where they’ve stopped using Atlantis for blackgrass control, they have inadvertently stopped treating their wild oats.”

As with brome, there are two types of wild oats, with each species requiring a different approach when it comes to control.

“Avena fatua germinates in the spring, and is fast growing and very competitive,” he says.

“As such, it can’t be controlled by the autumn residual herbicides, so you need to use spring applications of contact materials.”

The winter wild oat, Avena sterilis ludoviciana, comes up in the autumn, so early chemical control is possible.

“The pre-emergence materials, such as flufenacet, pendimethalin and tri-allate, are effective but won’t give complete control.

“There’s also the use of contact materials in the spring, such as Axial and Atlantis.”

Ploughing can be used to bury wild oats seeds, but its larger seed size means this technique is not as effective as it is on blackgrass.

“They can survive for quite a while and they will come up from a depth of 10cm or so – which is why a good burial is essential.” 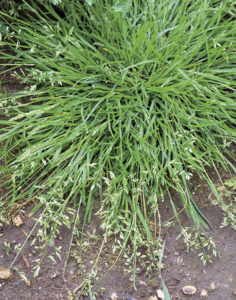 Annual meadow grass is perfectly suited to no-till, spring cropping situations – such as those found in Scotland and malting barley growing areas.

“It’s a species of disturbed ground,” points out Mr Cussans.

“Once the soil has been moved, it will appear.”

That’s why disturbing the soil as little as possible is the best form of cultural control, he notes.

Although annual meadow grass plants aren’t particularly competitive, their numbers can be overwhelming and their seed production capabilities are tremendous, he warns.

“You get lots of plants growing like crazy, so they form a carpet.

“It’s quite like chickweed in that respect, and is often referred to as an honorary broad-leaved weed.”

Annual meadow grass is easier to control than the other grass weeds, as the pre-emergence herbicides such as Crystal and Blutron work well.

“In the absence of blackgrass, you can use lower rates of Crystal.”

There’s also Tower, a three-way mix containing pendimethalin, diflufenican and chlorotoluron, which can be used pre- or post-emergence to control annual meadow grass.

There’s no doubt that there will be a lot of blackgrass seeds left on the soil surface this year on certain farms, reports Mr Cussans.

“If you’re still using inversion, then deploy it,” he advises.

“It’s an effective way of dealing with such a heavy surface seed burden.”

In no-till and direct drill situations, any surface seed will have to be managed before the next crop goes in, he warns. 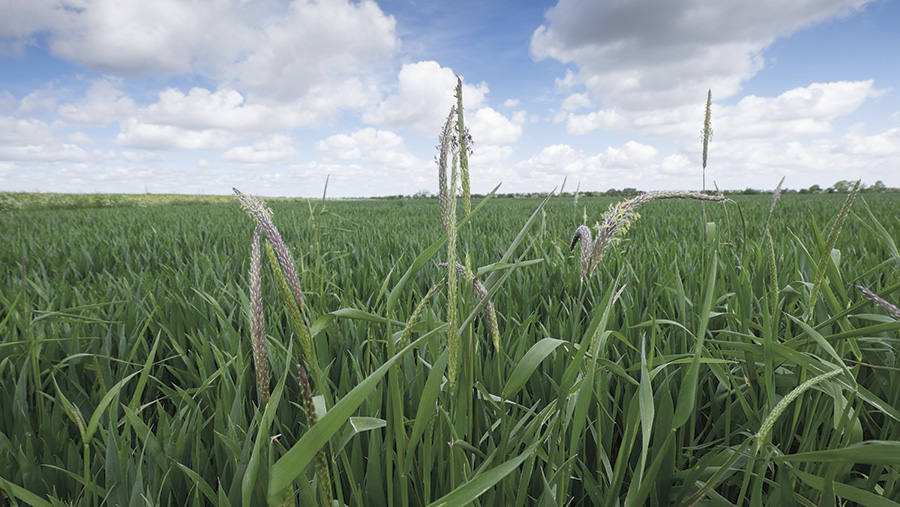 “Think about how you’re going to achieve it, as it will be a challenge.”

Weed seeds are vulnerable in very dry conditions, he points out.

“But if we get favourable conditions for germination, they will grow. Stale seed-beds can be used to get a good kill of the first few flushes, while delayed drilling will also help.”

Later drilling dates have a double effect, he comments.

“There are less weeds coming through with the crop and the pre-emergence herbicides work better. So it can make a considerable difference.”

Everything should be done to reduce reliance on chemistry, he stresses.

“We know that the post-emergence herbicides are less effective than they used to be and resistance to them is widespread.

Pre-emergence herbicide programmes based on flufenacet work best at most sites, with other active ingredients, such as diflufenican, flupyrsulfuron, prosulfocarb and pendimathalin, being added to boost control.

“Previous experience tends to tell you what works best on your farm. There’s also the option of using tri-allate.”

The post-emergence herbicides are more affected by conditions at application, he points out.

“There may be other reasons for using them, apart from just blackgrass control. But many growers are now really questioning their place.”