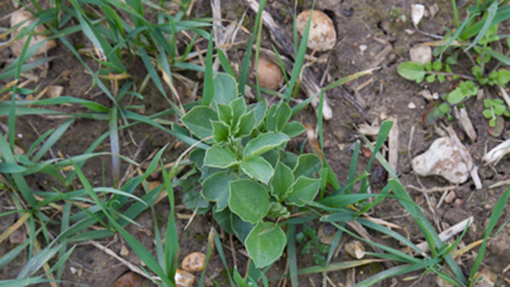 Growers are being urged to control the broad-leaved weeds to prevent them shading grassweed populations from post-emergence sprays.

Dow AgroSciences cereal herbicide specialist Stuart Jackson says while the focus is on grassweeds, controlling volunteer beans early on will also be vital.

“Volunteer beans can grow away quickly and provide a significant challenge to effective blackgrass control.”

He points out that allowing broad-leaved weeds such as volunteer beans to thrive can ruin the final stage in the blackgrass fight.

Concerns over high levels of blackgrass being found this season have already been raised after an early drilling campaign reduced opportunities for stale seed-beds.

He advises using the chemical company’s florasulam based Spitfire, to tackle them, and highlights it offers control on other key broad-leaved weeds such as poppies.

Meanwhile George Badger of Strutt & Parker says the tribenuron-based Thor could also be used to get control of bean volunteers that have come through this autumn.