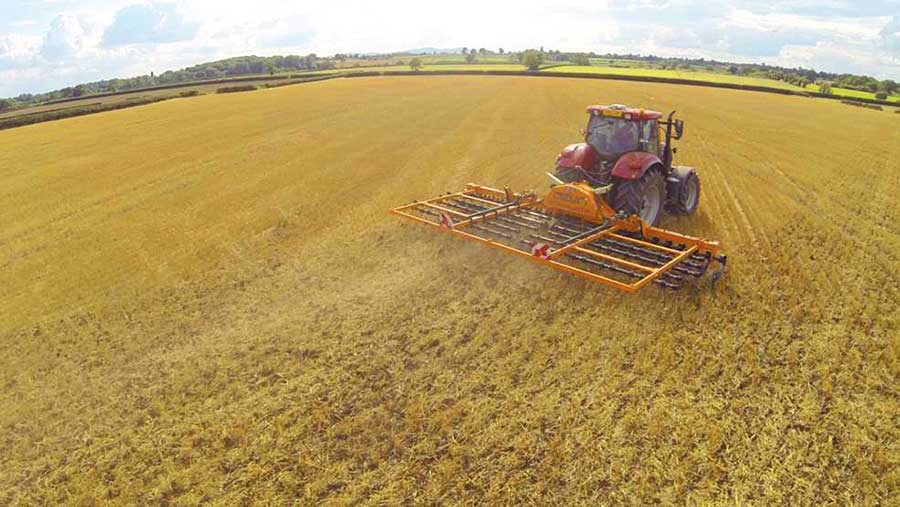 Cultural methods of controlling slugs have a key role to play in reducing the risk of metaldehyde slug pellets reaching water, as well as helping to cut the costs of establishment.

The use of Metaldehyde is under threat unless farmers and the water companies can reduce levels found in water. One element of Thames Water’s approach is to promote the greater use of cultural controls (see panel).

A key starting point is having a robust stubble management programme, according to Jeff Claydon of Claydon Farm Machinery.

Mechanical interventions, such as straw harrowing, are effective at tackling slug populations by exposing the pest and its eggs to predators, sun and wind.

“With a robust stubble management programme in place, metaldehyde usage can be drastically reduced,” he says.

Mr Claydon highlights the consequences of poor stubble management, especially for farmers who are direct drilling. 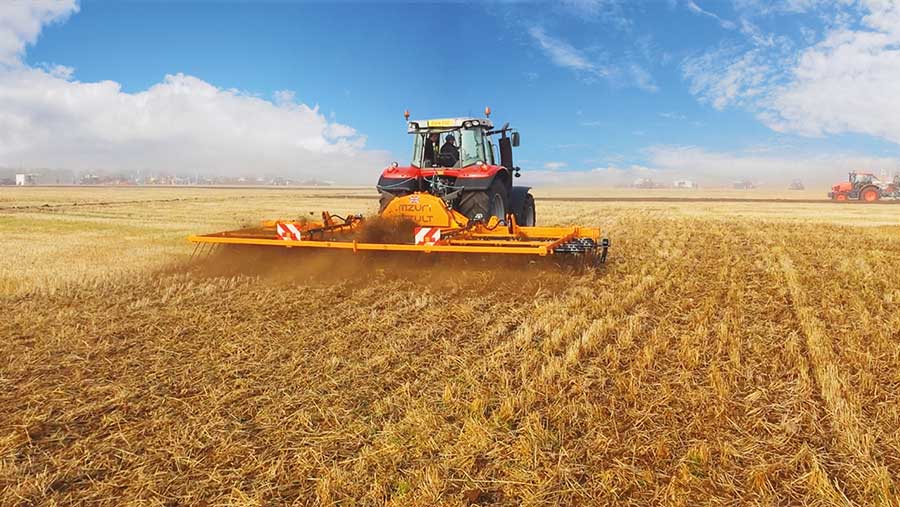 “Sometimes direct drillers give up after the third year. This is generally due to an increase in slug pressure and weed burdens, where stubble management has been neglected, resulting in the application of heavy, unnecessary doses of slug pellets.”

“While dry weather this spring means breeding conditions have been far from ideal for slugs, the amount of surface residue present in fields will have ensured soils retained moisture and favoured breeding,” he says.

Residue management will become increasingly important in this battle.

Mr Wright says: “It requires attention to detail at every step. Matching drilling depth to seed-bed conditions, be they cloddy or shallow, warm or cold, will be crucial.

“Establishment and slug control are often better where seed is drilled at 40mm, rather than at 20mm, especially if seed-beds are coarse,” he says.

Loosening the tine rake angle has also been found to be a significant factor influencing success.

Steeper angles result in high disturbance, which is effective from a slug point of view, but can give too much weed seed dispersal.

“There can be a compromise between what is ideal for weed seed management and for slug control,” he says.

“Shallow disturbance and consolidation ahead of low surface disturbance drilling can be a way of meeting both requirements.”

Metaldehyde leaching has become one of the biggest challenges facing water companies and Thames Water has launched trials to promote awareness among users in problem areas.

The Ock catchment in south-west Oxfordshire is just one of many areas covered by England’s largest water supplier that has seen metaldehyde levels in river water spike following periods of heavy rainfall.

In response, Thames Water is working with Farming and Wildlife Advisory Group, Natural England, other local groups and consultants to engage landowners in adopting cultural best practice and the use of alternative products in trial catchments.

Unlike other water quality issues, metaldehyde presents a unique problem, explains Joanna Clint of Thames Water. “There is currently no viable engineering solution to this problem,” she says.

So instead of removing it from water, she says the problem is one best addressed at source.

“We need to limit metaldehyde’s potential to leach during high-risk periods.”

That is why Thames water is subsidising the use of the alternative ferric phosphate pellets this autumn in sensitive catchments, such as the Ock.

In addition, the company is holding a series of meetings with farmers and experts to promote effective cultural controls, thereby reducing risk.

These experts were speaking at a Thames Water organised event held in Marcham, south-west of Oxford