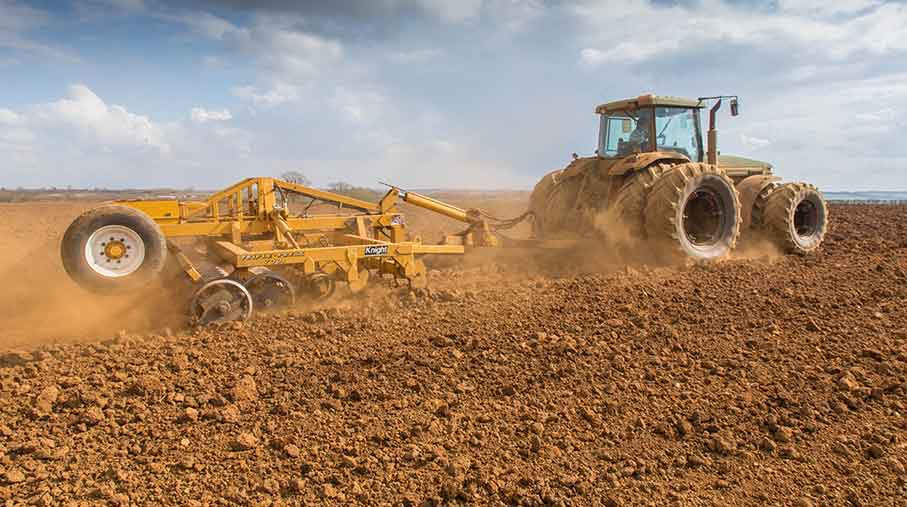 Switching to controlled traffic farming and reducing tyre pressures have been shown to increase crop yields and cut costs in a major trial, by helping in the battle against compaction.

Farm machinery has become bigger and heavier over the years and the resulting soil compaction is now a major problem for cropping, which is estimated to cost £400m/year in England and Wales alone.

Therefore, keeping on top of the problem will benefit farmers and the environment, say Dick Godwin, Paula Misiewicz and David White, researchers at Harper Adams University.

Previous studies have demonstrated that increasing soil density by an additional 0.15t/cu m beyond the optimum 1.35t/cu m will reduce crop yields by 10-15%.

This is because it reduces space in the soil for air and water and increases surface water run-off; with other research showing that infiltration rates on sandy loam soils fall from 25mm/hour at 1.35t/cu m to just 1mm/hour at 1.6t/cu m.

To find solutions, the researchers set up a long-term experiment at the university, looking at the effects of different tillage and traffic systems, which is planned to run until 2022 and has already generated four years’ data.

CTF is a system where all field traffic is kept in defined lanes instead of travelling across the field haphazardly, referred to in the research as “random” traffic farming.

Shallow tillage superior to zero till

So far, the data shows a similar trend to the earlier research, with compaction being blamed for the zero-tillage trial plots yielding 1t/ha less on average than the deep- and shallow-cultivation trial plots.

While the zero-till system costs less in fuel to establish, requiring only a single pass with the drill, the lower yields in three out of the four trial years has been put down to compaction in the tramlines, which the other establishment systems were able to subsoil out.

Prof Godwin explains that this result tallies with earlier research that had also showed the difficulties of zero-tillage systems in the wetter West.

He adds that in areas with lower rainfall the differences between zero-tillage and tillage systems were likely to be less significant.

A shallow-cultivation system is the best compromise between the higher fuel cost of a deep-tillage system and the higher yield penalty of a zero-till system, says Prof Godwin. The cultivation equipment broke up the seed-bed sufficiently to give the crop a better start than in the zero-till areas.

However, the data also showed there was a modest benefit to using tyres designed to operate at lower pressures, regardless of cultivation system. There was an average £15/ha increase in income when operating at pressures between 0.6 and 0.7 bar, rather than 1.2-1.5 bar on a standard tyre type.

Switching from random traffic to CTF increased yields by 0.3t/ha on average across the four cropping years, with the rotation in the experiment being wheat followed by two crops of barley and then spring oats.

With wider machinery, such as a 12m system, the field area that is trafficked can drop to as little as 15%, from which the study estimated that cereal yields could be up to 0.6t/ha higher than random traffic farming. 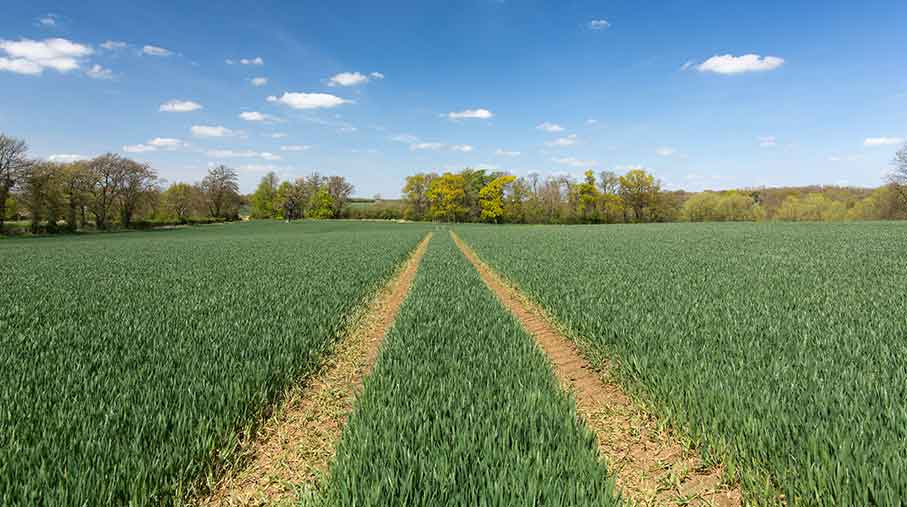 Chasing efficiency brings its own costs

The Harper Adams team acknowledge that chasing these efficiencies brings its own costs, because low-pressure tyres cost more than regular-pressure ones and changing establishment system can also require significant investment.

Switching to CTF, in particular, can be expensive because all the machinery has to be the same width, and further investment is required for the navigation software and autosteer guidance equipment.

Prof Godwin says that, given the scale of the investment needed compared with the savings available, these changes should be made within the normal reinvestment strategy of the business, rather than making additional capital investments.

For all but the biggest businesses, this may mean accumulating machinery of the same width over a number of years as part of a natural replacement cycle, before finally investing in the guidance equipment when the rest is accumulated.

At a cost of £15,000 for the required real-time kinetic (RTK) navigation system to bring the accuracy needed, the team calculated that 104ha is needed to generate enough additional crop output to cover the cost when using a 4m CTF setup.

Or put another way, an area of 500ha is required to bring the cost of the system to less than £10/ha.

On a setup with machinery wide enough to get down to just 15% ground coverage, less area is required for the system to pay for itself because the yield gains are greater.

However, Dr Godwin acknowledged that the cost of wider machinery is also greater, so this option would only be open to farms with significant cropping areas.