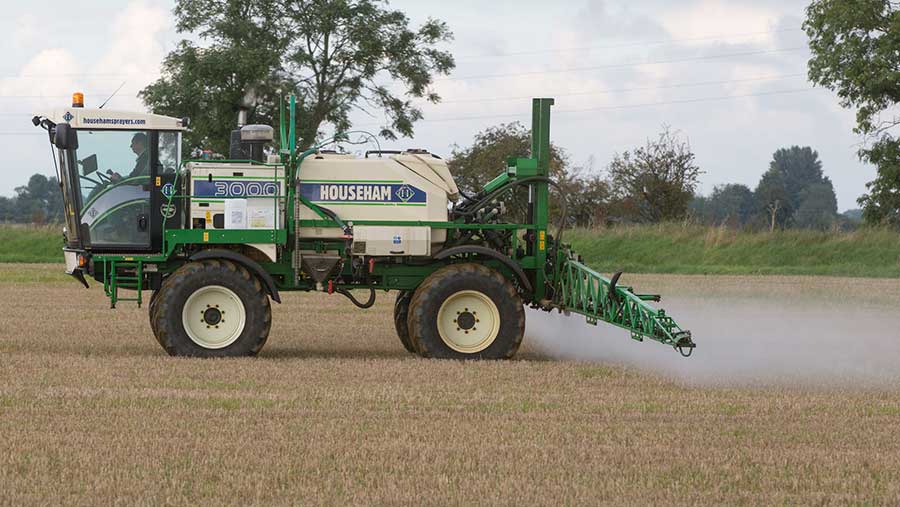 European scientists advising the EU Commission about the safety of weedkiller glyphosate have rejected claims they deliberately overlooked research which linked the product to cancerous tumours in rodents.

The suggestions were made in a letter sent in late May to EU Commission president Jean Claude Juncker by campaigning scientist Christopher Portier, who also works as a consultant for the International Agency for Research on Cancer (IARC).

In his letter,  Dr Portier points out that, since raw data reviewed by the European Food Safety Authority (Efsa) and the European Chemicals Agency (ECHA) has been made public, he found eight instances where rodents showed increased tumours following exposure to glyphosate.

“These were not included in the assessment [of carcinogenicity] by either Efsa or ECHA,” he wrote.

“This suggests that the evaluations applied to the glyphosate data are scientifically flawed and any decisions derived from these evaluations will fail to protect public health.”

A lack of transparency had also eroded public trust in public health decisions, he added.

But Efsa and ECHA have defended their opinions that glyphosate does not pose any risk of humans developing cancer – and insist their methodology is robust.

In a reply to Dr Portier, the two bodies state their original assessments “considered all relevant findings” and that “the full study reports were available to those responsible for the assessment”.

Specifically, they say the evidence around tumours in rodents does not imply that glyphosate is carcinogenic as they showed no dose response, no consistency across multiple animal studies and the incidences of tumours were “within the historical control range”.

“Overall, Efsa and ECHA are of the opinion that all the findings on the chronic rodent carcinogenicity studies referred to in your letter have been adequately considered and we see no need for our evaluations to be revisited,” they said.

The clarification comes as the EU Commission prepares to release proposals for a 10-year extension to the licence for glyphosate, with a first discussion by member states in the standing committee for plants, animals, food and feed due on 19 July.

This is likely to trigger another political debate about the safety of the product and the need to retain it as a tool for modern farming.

A final decision is likely to be made in Brussels towards the end of the year, when the current licence runs out.