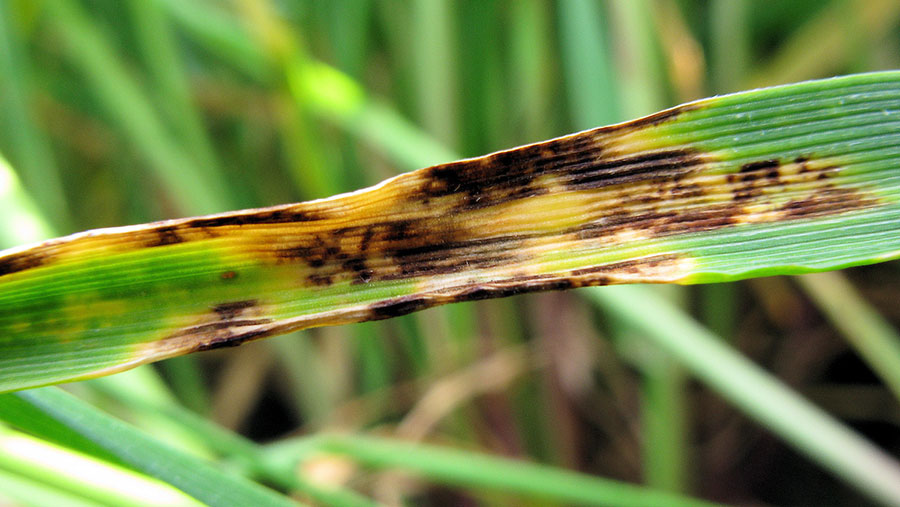 The findings add to an already fluid fungicide situation in barley, as the net blotch pathogen has also developed partial resistance to the strobilurins – another group of chemicals widely used in the crop.

According to Fiona Burnett, disease expert at SRUC, net blotch is in a state of change and the latest discovery with SDHIs has followed a very similar pattern to that seen with septoria and the azole fungicides.

“The net blotch story has been building,” she says.

“The first isolates with reduced sensitivity to SDHIs were picked up in Europe in 2012, and some were then found at low frequencies in the UK in 2013.”

Three years later, there were mutations at high frequencies and in multiple combinations, with up to a dozen different mutations being confirmed in screening studies.

“By 2016, it was possible to relate these mutations to a loss in fungicide performance. It was a classic build-up and we are now at the tipping point. They didn’t just appear overnight.”

Prof Burnett believes the net blotch pathogen will continue to adapt, just as septoria did with azole insensitivity.

“So even though it is early stages with net blotch and there are some subtle differences between the different SDHI products and certain mutations, it should be considered as cross-resistance. Mixing SDHIs is not an anti-resistance strategy.”

Growers must take this latest warning seriously, she stresses.

“As far as net blotch control is concerned, there are now two wobbly pegs as both SDHIs and strobilurins are potentially weaker than they were.

“But disease control hasn’t fallen off a cliff, we are talking about reduced efficacy – not a control failure.”

Looking ahead to the 2017 growing season, she points out that net blotch can already be found in winter barley crops, after another mild winter, so they should be monitored closely as spring approaches.

“There’s a risk to spring barley crops too, as it is also seed-borne. That can be remedied with seed treatments, so any farm-saved seed should be tested.”

As far as fungicide programmes are concerned, barley growers won’t be dealing with any one disease in isolation, notes Prof Burnett.

“The programme has to be developed with a whole basket of diseases in mind. The SDHIs and strobilurins are fine to use, but they must be balanced with azoles.”

She adds that mixing and matching actives will be necessary while including a multisite protectant is a cheap way of adding efficacy and anti-resistance protection.

“Growers may want to use a strobilurin at one timing and an SDHI at the other, in combination with azoles and multisites.

Relying on azoles alone in barley isn’t the way forward, she warns.

“You will just get problems with rhychosporium and ramularia, and expose this chemistry unnecessarily.” 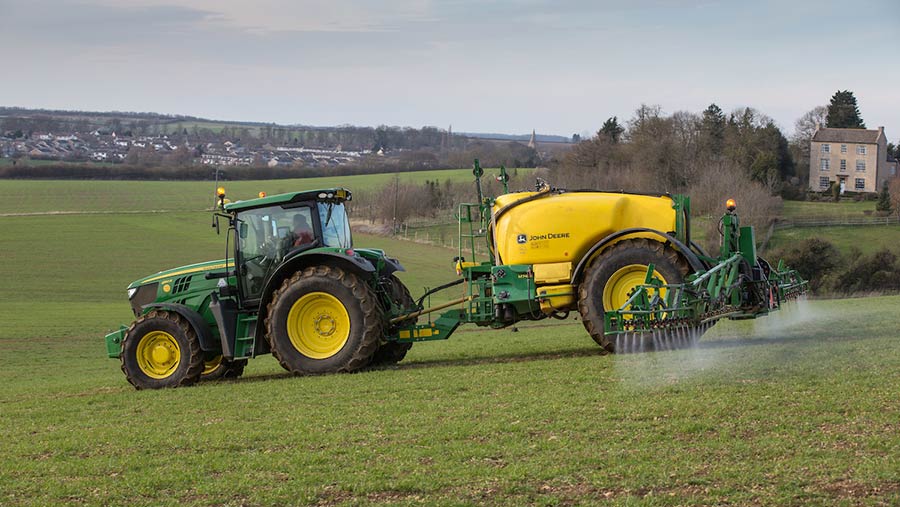 In winter barley, the biggest response comes from the T1 timing, while both the T1 and the T2 are important for the spring barley crop. The decision on fungicide rates should be made in the field, according to the disease pressure.

“What really matters with rates is that they are balanced. If you increase the rate of one component of the spray, you must increase the others. Avoid the need for top ups.”

The most effective way to slow the emergence of any mutations and maintain disease control is to follow the Fungicide Resistance Action Group anti-resistance guidelines, which have been agreed by industry and science experts.

“The guiding principle is to make life as hard as possible for pathogens by avoiding overexposure to any one fungicide group,” concludes Prof Burnett.

The drop in straight SDHI performance in 2016 was quite pronounced and prompted further investigations.

In stark contrast to the straight azole results, the two straight SDHIs in the AHDB trial failed to achieve more than 30-40% of net blotch, even at full rate, so leaf samples were submitted for testing.

From these, 12 net blotch isolates were taken and investigated by Bart Fraaije, senior research scientist at Rothamsted Research.

Nine of these isolates contained mutations in the SDHI binding site, with three different types of mutations being detected. These were named as D-H134R, C-S135R and C-H134R – all of which proved less sensitive to SDHIs.

As a result, monitoring on the spread and frequency of these mutations in net blotch populations will continue.