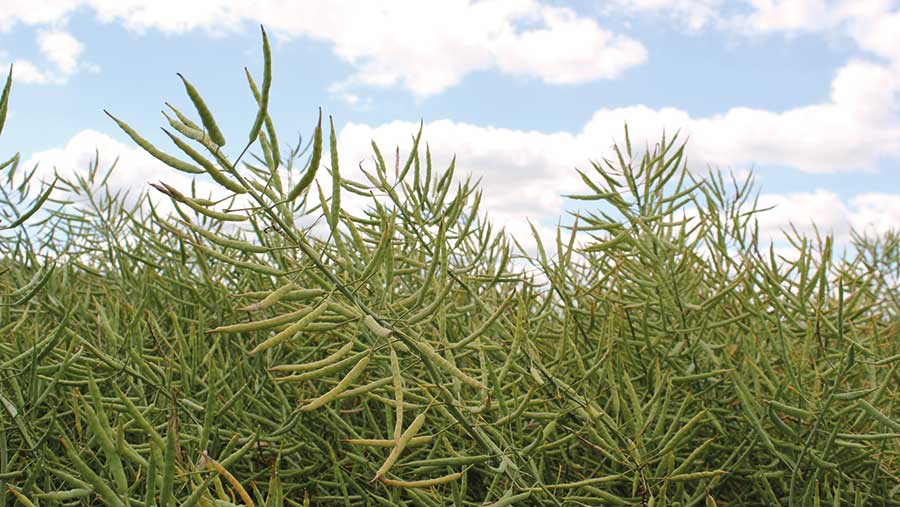 Acacia is a conventional but has the vigour of a hybrid

The five new high-yielding additions to the UK oilseed rape Recommended List all come from the same breeder as Aspire, the existing top performer.

While all of them start with the letter A, come from Limagrain and look similar on paper, there are key differences between them, such as in their autumn and spring vigour.

With limited Recommended List data, we get some pointers from the breeder to help farmers pick which ones to consider growing in the 2020-21 season.

They both also have turnip yellows virus resistance, and in combination he believes they will produce more resilient crops.

A key feature of hybrids is vigour, and growers are increasingly looking for varieties they can establish rapidly to help overcome attacks from adult cabbage stem flea beetle in the autumn, he says.

This has required a new way of assessing autumn growth, because there is a difference between biomass in the autumn and the capacity of a variety to establish quickly in its first three weeks.

“Varieties may build lots of biomass, but not necessarily establish quickly in the first three weeks,” he says.

This detailed tracking of autumn growth shows both Ambassador and Aurelia not only build biomass from August to November, they also establish quickly.

“You want plants that are quick to get established,” he says. “Then if you have a low to moderate cabbage stem flea beetle pressure, they have a better chance to survive.”

Both varieties are ideal for the main drilling window and are especially suited for later drilling and re-drilling, being able to build biomass rapidly.

However, he adds that they they can also be drilled early if farmers wish.

“With early drilling, robust disease is important, and Aurelia with its two 8s [for phoma and light leaf spot] can cope with the higher disease pressure.”

Early drilling also means there is a wider window of turnip yellows virus exposure, so having resistance is useful.

However, if growers drill these early on a fertile soil and the conditions are favourable, they must be prepared to adjust their growth regulator and nitrogen strategy, as they can grow away.

They also have good spring vigour which, combined with lots of autumn biomass, helps them to grow away if there is a low to moderate larvae infestation

Dr Gegas adds that Ambassador is early maturing so can help farmers stagger their harvest when grown with later varieties.

In contrast, conventional varieties Aspire and Aardvark can happily go in early, as biomass will build up steadily in the autumn and the are “more forgiving”, he says.

“Aspire has proven itself with a yield of 106% and growers like it being stiff-stemmed and easy to combine.”

Dr Gegas highlights that Aspire is also the only conventional with turnip yellows virus resistance.

“It means growers who like conventional types can still benefit from virus resistance.”

However, Aardvark has different characteristics, being one of the fastest in spring if given good conditions. This can prove helpful when there is a low to moderate cabbage stem flea beetle larvae infestation, as it helps it grow away.

“Acacia, the highest yielder on the list at 109%, is a different animal and has characteristics that are more like Anastasia, which is recommended for the north,” he says.

“It has the vigorous characteristics of a hybrid, but is a conventional. It is a leafy type and covers the ground, as you would expect with a hybrid.”

For example, with Aspire, growers will see bare soil in November, but with Acacia, the field will be closed up with full cover – “something you would expect of a hybrid”.

He adds that its speed of establishment is not as high as Ambassador or Aurelia and there is less risk of it running away in a favourable autumn.

“It has shown it can travel well and has performed well in three years.” 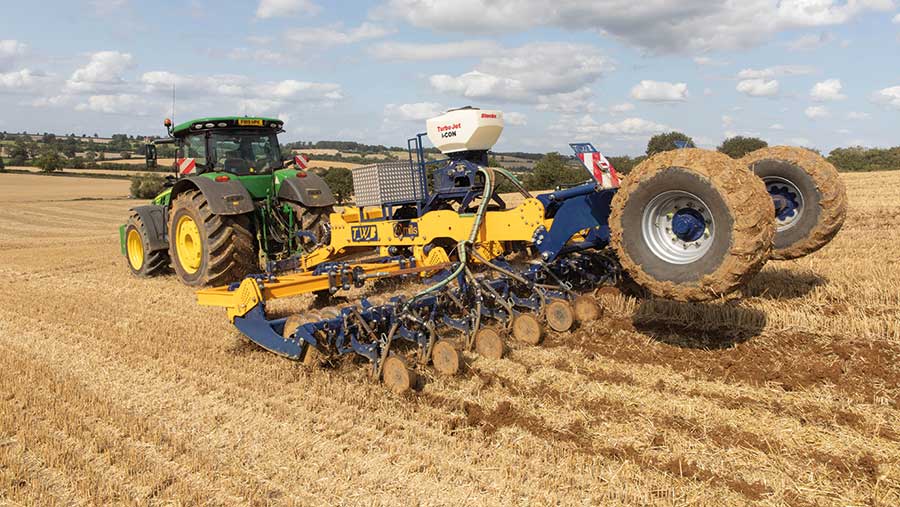 Artemis is the top-yielding hybrid in Denmark, however, however, of the five newcomers, it is the tallest at 167cm.

“When grown on deep soil and wet conditions, it may grow quite tall so growers need to be spot-on with plant growth regulation applications.”

However, tall hybrids tend to perform better in dry conditions, as the extra biomass acts as a reservoir.

“If conditions are dry (low ground water), a tall hybrid may be beneficial.”

There are two candidate varieties showing promise in Recommended List trials, which are available for drilling this autumn.

First is Antigua, a compact hybrid with low branching.

Limagrain oilseed rape breeder Vasilis Gegas points out that the canopy architecture is more square in shape, rather than Christmas-tree shaped, which is better suited for growing in wider rows.

“Antigua can utilise this space better than existing varieties and, consequently, has better light interception. It creates a wall of canopy rather than a stem with pods at the top.”

The second candidate is Aviron, which is the highest-yielding hybrid ever in France’s equivalent of the Recommended List trials.

Dr Gegas says it is an Artemis-type variety in that it does well in challenging conditions and has the N-Flex trait, which means it is more efficient in using nitrogen.

“Last season was dry and Aviron performed well in France,” he says, suggesting it will prove valuable in dry growing seasons.

View from the trade

United Oilseeds has both Acacia and Aurelia, offering a hybrid and a conventional option for growers wanting rapid autumn establishment.

Seeds manager Beckii Gibbs highlights that growers can put it in and it will rapidly emerge and get going. “It is incredibly vigorous for a conventional.” she says.

“Acacia is an Anastasia crossbred, one of the most vigorous conventionals out there.”

She recalls looking at trials and saw its potential in helping farmers manage the cabbage stem flea beetle threat with its ability to get away rapidly.

This season, as with most UK crops, seed crops are a bit patchy and were hit by flea beetle. “But crops got away and are now podding up well,” she reports.

The hybrid Aurelia has a good disease package with turnip yellows virus resistance and two 8s for phoma and light leaf spot.

“It has the highest vigour score with both AHDB and Niab, again helping with the flea beetle threat.”

Seed is available for both varieties.