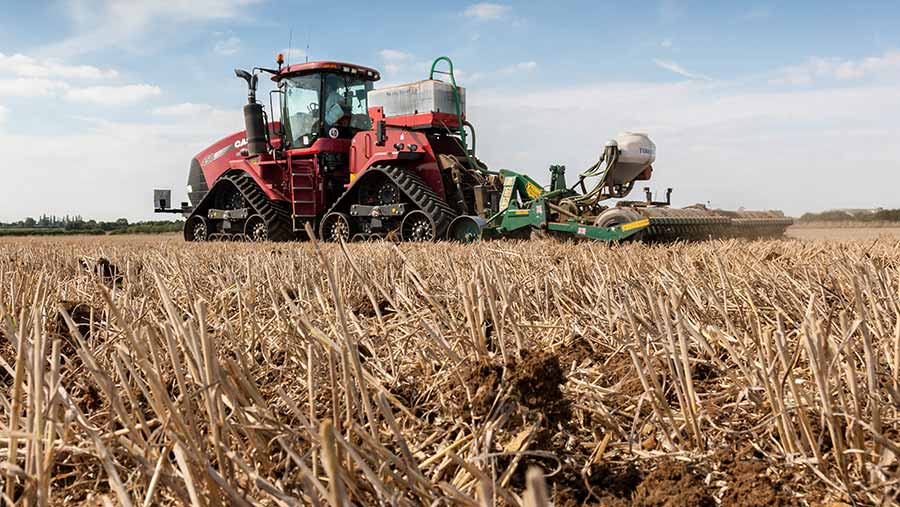 The new format of the winter oilseed rape Recommended List can’t disguise the fact that growers have never had such a good range of varieties to choose from.

While the change in its presentation means it is no longer possible to pick out the best varieties simply by going to the top left-hand side of the list, all the information is there, says Niab Tag oilseeds specialist Simon Kightley.

See also: How to improve OSR establishment with seed-bed fertiliser

“The UK-wide varieties are separated from those recommended for the East/West region only, as well as the varieties just for the North region,” he says. “It’s different, but growers will soon get used to it.”

For those looking for the highest gross output, the star performers are Windozz and Elgar in the East/West region, with Windozz being a low-biomass hybrid and conventional Elgar offering the better disease resistance of the two, he reveals.

“In the North, the top choices are newcomers Elevation, Kielder and Broadway, with Elevation being the one that is nearest to having a good future in the South too.”

Those with the best UK-wide performance are the more familiar Alizze and Nikita, he says. “Both have high oil content and good light leaf spot ratings.”

That doesn’t mean these varieties will suit everyone, with proven performance being more important than promise for some, while others have specific end-market requirements, Mr Kightley says.

“If we look at the tried-and-tested varieties, which have five years or more of trials data, there are some really good conventionals in Elgar, Nikita and Campus for the East/West region, while Windozz, Alizze and Wembley are the top hybrid picks,” he says.

In the North, he suggests Campus, Barbados, Anastasia and Nikita as the best proven conventionals, with Alizze and Harnas being his established hybrid choices.

“To benefit from Anastasia’s true potential, it does best in the North,” he says.

Campus, which makes the shortlist for both regions, has been a consistent performer and thoroughly deserves its popularity, he remarks. “It’s tall for a conventional, but it has good stem stiffness.”

Among the newcomers – which have three to four years in trials – Mr Kightley highlights conventionals Django and Flamingo for the East/West and Elevation, Kielder, Broadway and Butterfly for the North.

With very limited data, there isn’t too much worth saying about the candidate varieties lining up for recommendation later this year, says Simon Kightley.

“They’ve only had two years in trials and they haven’t been compared with most of the Recommended List varieties yet,” he explains.

With that in mind, the UK-wide conventional Aspire gets the nod at this stage, as it appears to have everything. 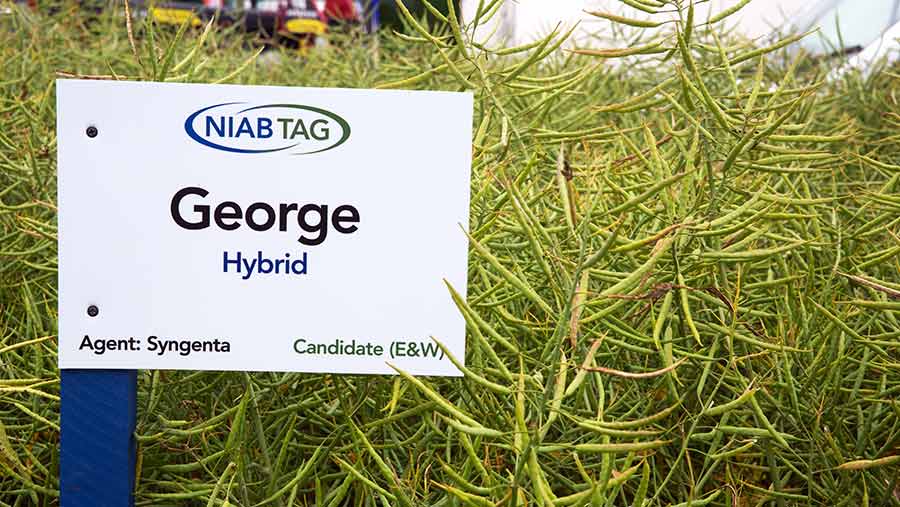 “It’s short and stiff, early-flowering and has good resistance to both light leaf spot and phoma, with turnip yellows virus resistance as well.”

Both Exsteel and Exstar look promising for the North, with very good ratings for light leaf spot and stem canker.

Otherwise, the highest-yielding hybrid in the East/West region is Hunivers. Another hybrid with very high yields is Expansion, while George has the best disease resistance

Also worthy of mention are Alphabet and Aspect, both with turnip yellows virus resistance, Crome for its club root resistance and PT279CL as a Clearfield type.

“These four newcomers in the North are all very high-yielding and show that the conventionals still have plenty to offer the northern grower.

“It’s interesting because early autumn vigour is often correctly linked to the hybrids, but it’s not exclusive to them.”

Mr Kightley’s hybrid choices for northern growers include DK Exclaim and InV1030. “These won’t be found on the Recommended List,” he says. “But there have been a number of near-misses in the past few years and most of them have something to offer.”

One of his East/West choices, Django, is another that narrowly missed recommendation, but its high yield potential makes it competitive and worthy of consideration, he believes.

Where disease pressure, site limitations or end-market requirements dictate a different variety approach, there are plenty of others to choose from.

For those tempted by a premium, V316OL has been the most consistent of the high-oleic, low-linolenic acid (Holl) types, with high yields, suitability for growing across the UK and good standing ability. 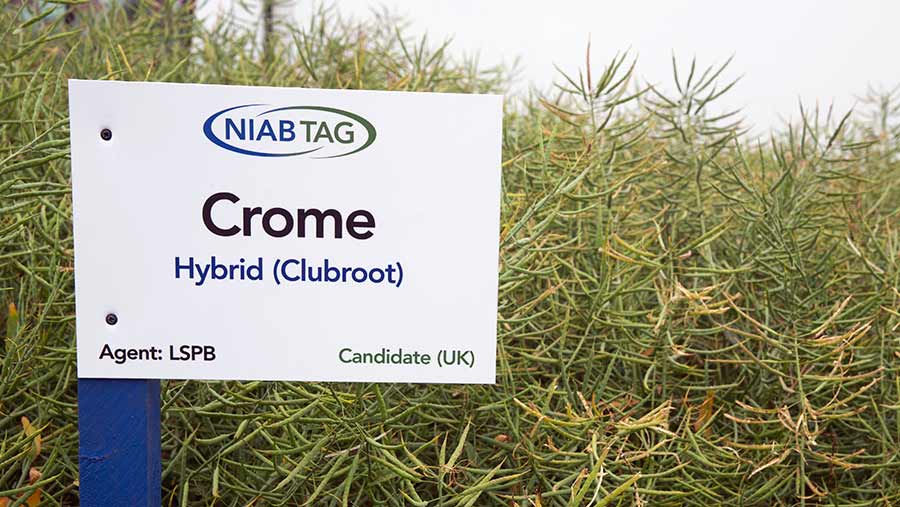 “Mentor is the best current choice for club root resistance, but there is a promising candidate, Crome, which looks to offer more,” Mr Kightley says.

Secret is highlighted as the leading semi-dwarf, with better spring development and disease resistance than others of this type.

“There’s much more enthusiasm for the Clearfield varieties now, and Imperial has been the top performer in our trials,” he says. “But there are other good ones available.”

Anyone considering a low-input growing regime might be tempted by the conventional variety Barbados, which has given high yields in Niab Tag’s southern trials with almost no fungicide response, he reports.