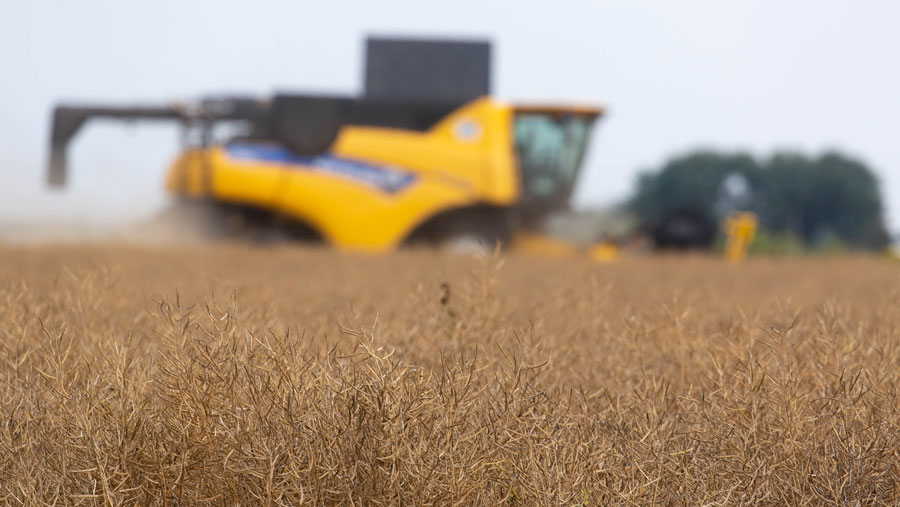 Throughout the harvest season, we are updating our handy map with the latest data from 2021’s AHDB oilseed rape Recommended List harvest results.

Use the map below to find the five highest-yielding oilseed rape varieties at your nearest trials site.

Results are in from 13 Recommended List trial sites and the control varieties are averaging 5.13t/ha (gross output), which nearly matches the four-year average value (5.14 t/ha), with the traditionally high-yielding northern trials pulling up the average.

With just a couple of trials still to report, these results are likely to closely match the final results.

The conventional varieties Acacia and Campus (105%) are leading on gross output yield, just ahead of hybrids Ambassador (104%) and Aurelia (102%). Acacia and Campus have performed especially well in the Fife and Aberdeenshire trials, though they also performed well in some of the southern trials, notably the Norfolk trial.

Crocodile (101%), which is an East/West variety with a specific recommendation for resistance to clubroot, has performed well in 2021, as has UK recommended clubroot-resistant variety Chrome (100%).

Herbicide-tolerant varieties have performed a little below par in 2021, with the exception of East/West recommended variety PT279CL (94%).