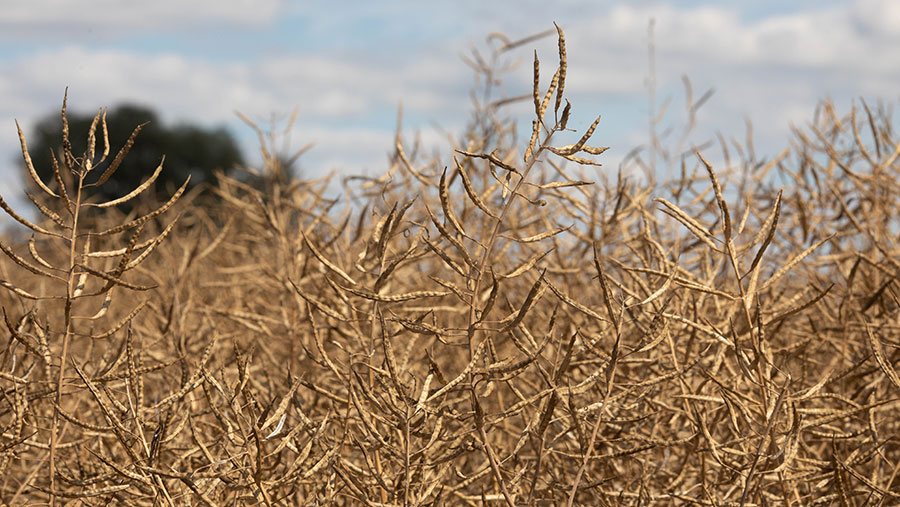 Throughout the harvest season, we are updating our handy map with the latest data from 2020’s AHDB oilseed rape Recommended List harvest results.

Use the map below to find the five highest-yielding oilseed rape varieties at your nearest trials site.

Results are in from 10 Recommended List trial sites and the control varieties are averaging 5.59t/ha (gross output), which is slightly higher than the five-year average (5.47 t/ha).

However, this headline figure masks a clear split between the trials in England, which struggled (4.80 t/ha) in the conditions, and those in Scotland, which avoided the worst weather and beetle effects (6.38 t/ha). In fact, the controls in the trial at Kincardine in Fife averaged 6.99 t/ha.

Some surprising results occurred in 2020. UK recommended hybrid varieties Ambassador and Aurelia are the highest yielding (107%), but the conventional control variety Campus, which is no longer on the Recommended List, is just behind (105%).

Meanwhile, Acacia, the highest yielding UK variety on the RL, languishes down on 101%. Newly recommended conventional variety Blazen, recommended for the North (99%), and hybrid Dazzler, recommended for the East/West (98%), also struggled – along with described varieties PX131 (semi-dwarf) and high erucic acid variety Resort (92% and 87%, respectively).