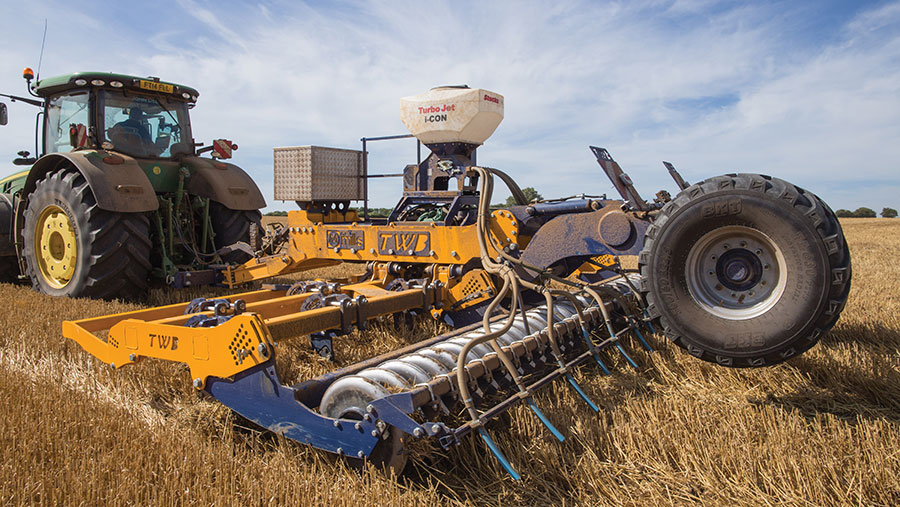 Money-back schemes designed to compensate growers for some of the economic risk associated with failed oilseed rape establishment are being offered on seed purchases of selected varieties again this year.

After pilot initiatives in 2019, most breeders have launched risk-sharing or establishment guarantee schemes for 2020 drillings, with funding either coming direct from the breeder or through the existing Bipo model royalty system.

As such, it means OSR crops that are drilled but then fail to establish by a certain date – usually late October/early November – will be eligible for an agreed rebate of about £30/ha.

See also: Guide to which OSR varieties to drill in summer 2020

However, only named varieties nominated by the different breeders are covered and growers will be expected to submit evidence of crop failure in order to receive the money.

The finer details of the various schemes may vary, but the intent is the same and reflects the industry’s willingness to support the crop at such a critical time, says James Barlow, head of seed at ADM Agriculture.

“After two very tough years for oilseed rape establishment, there is recognition that growers are under pressure with the crop and reluctant to expose their businesses to more risk.

“These initiatives, which apply when the crop is still in the danger zone, can be a useful part of a risk-management strategy. There’s no extra cost associated with them, so there is no downside for growers.”

Where oilseed rape is to remain in the rotation, Mr Barlow recognises that farm-saved seed can seem attractive if establishment problems have been encountered previously and growers are looking for up-front savings.

“Remember that you won’t get useful traits such as turnip yellows virus resistance if you home-save. If you want top-line genetics and all the advantages they can bring, then you do need to go down the hybrid route and buy new seed,” he stresses. 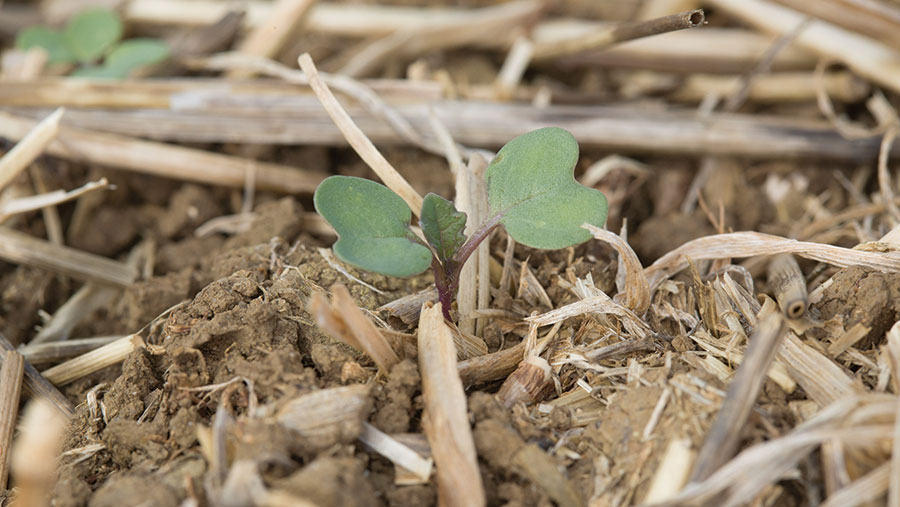 Last year, RAGT saw about 900ha of the crop sold through the company’s royalty payment scheme.

Of that, growers claimed on about 40% of the area, reflecting the tricky combination of high flea beetle pressure and lack of soil moisture at the critical establishment stage.

Tom Dummett, cereal and OSR product manager at RAGT, expects greater engagement with the company’s scheme this year and predicts 6,000ha of rape will be covered by it.

“It’s a very straightforward process to sign up – it takes two minutes and can be done online,” he says. “The system is based on the existing Bipo model, and it means we are sharing the risk with growers – our royalty income is affected if crops don’t establish.”

Just two RAGT varieties are included – the company’s new Clearfield variety, Nizza CL, and a French-bred hybrid variety, Azurite, which is not going through the Recommended List system.

“We want to encourage farmers to grow oilseed rape, so we’ve chosen varieties that have the vigour required for good establishment.”

Not all of the breeders are taking part; Limagrain has no current plans to offer an oilseed rape establishment guarantee.

With a very strong oilseed rape portfolio, including the top-yielding conventional and hybrid varieties, the company believes it has built-in risk mitigation.

“The conventional varieties have a lower seed cost and the hybrids are packed with traits,” says Will Charlton of Limagrain. “We think the genetics speak for themselves.”

RAGT
RAGT is putting its weight behind an oilseed rape royalty payment scheme, which means growers will save about one-third of their overall seed costs, or £30/ha, where crops fail.

Growers declare the area of oilseed rape established by 1 November and pay the royalty due. Failed areas are exempt – so there will be no royalties paid if crops don’t make it.

To be eligible, growers must have a signed royalty area collection agreement with an RAC number and have to declare the crop area established by 1 November.

BASF
BASF is backing all of its InVigor winter oilseed rape varieties with a seed risk-sharing scheme that will also pay growers £30/ha for crops that don’t establish.

Providing drilling takes place before 22 September and crops have failed by 31 October 2020, payment will be triggered.

All purchasers of InVigor seed will be automatically registered onto the programme, following a successful launch last autumn.

Bayer
Bayer has introduced an enhanced establishment scheme that will compensate growers by £100/bag or about £33/ha for any crops of more than 6ha of certain Dekalb hybrids that are lost by 31 October.

Three of its hybrid varieties are eligible – DK Exstar, DK Extremus and DK Excited. To take advantage of the scheme, growers need to purchase their seed through one of Dekalb’s participating distributors and register on the brand’s website.

Validated claims for crops drilled before 20 September that failed to establish by the end of October will be issued with credit notes by 20 November.

KWS
KWS has extended its Oilseed Establishment Partnership, which it introduced last year following concerns about the establishment of oilseed rape crops.

Growers will be expected to pay about 50% of the seed costs upfront, with the rest waived if the crop does not establish. Two conventional varieties are covered by the scheme – Blazen and Codex – with crops that have failed by 1 November being eligible.

In a different approach to establishment risk, DSV will be supplying three of its triple-layer hybrid varieties – Duplo, Darling and Dazzler – in a larger seed bag, at no extra cost to the grower.

In practice, it means growers will be getting 20% more seed than before, with the bag now containing 1.8m seeds rather than 1.5m seeds. The company calculates the move is worth £50/bag.

Seed of two high-oleic, low-linolenic acid (Holl) varieties, V316OL and V367OL, will be replaced for free if the crop has failed by 15 September. To be eligible, the replacement seed has to be redrilled in the same year, highlights United Oilseeds.