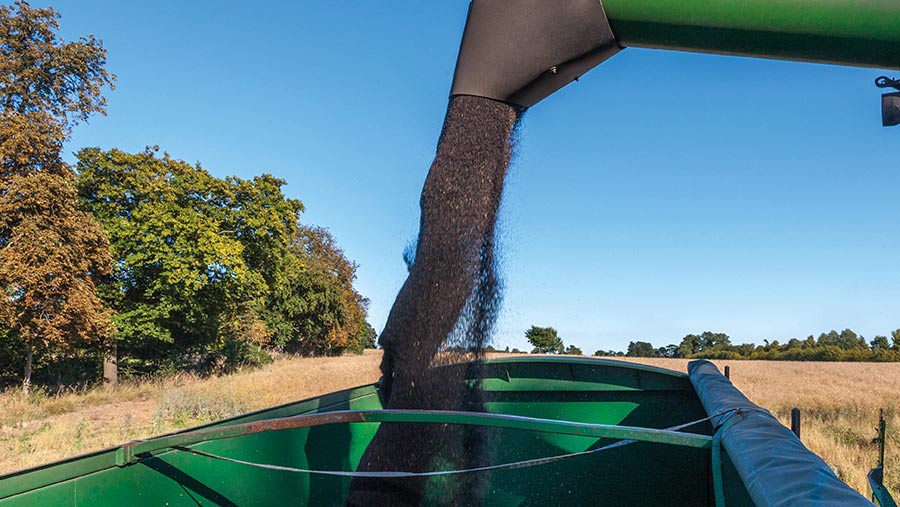 Two of the newcomers were given a UK recommendation, with the other three approved for the East/West region only.

Just having hybrids as the new additions is unusual, says Colin Peters, break crop specialist at crop consultant Niab, who adds that the conventional types didn’t perform as well as expected last year, albeit from a limited number of trials.

“It was a difficult year for all crop trials and assessments, not just oilseed rape. Apart from weather disruption, we had serious problems trying to establish the trials under significant flea beetle adult activity followed by high larval pressure,” he says. 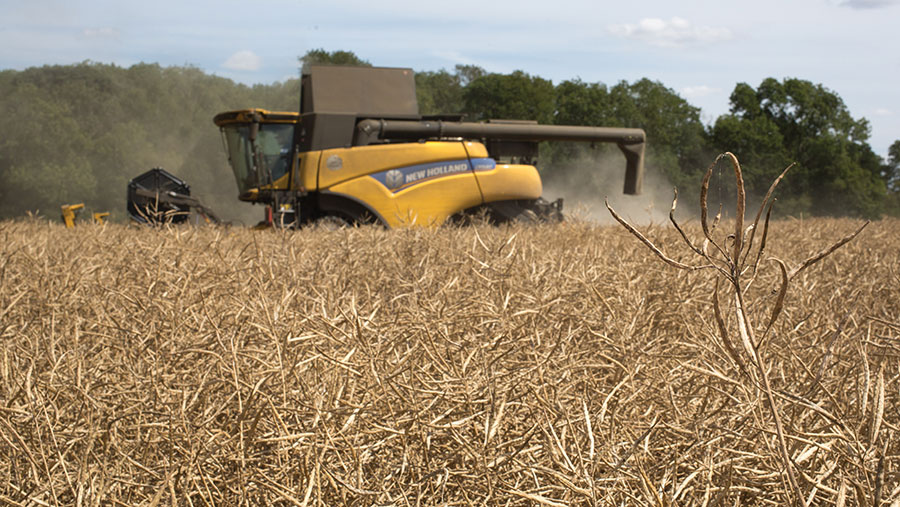 Those trials that survived saw hybrids performing better, with conventional varieties really struggling in the South, albeit in trials that were not taken to yield.

In the North, the conventional varieties did recover to some extent, with the trials being more even. However, their yields were lower than expected – with the exception of Campus, which performed way above its average.

Some of the varieties that didn’t make it onto the Recommended List are still worthy of consideration and might have been luckier in a different growing season. Voltage is a good example, with a UK-wide gross output of 106%, says Mr Peters.

“We’ll have to see if they bounce back this year. There is still plenty of farmer appetite for conventionals, and many of the existing varieties – plus lots that were put forward – are still being marketed strongly,” he adds.

A huge number of future winter oilseed rape varieties are being assessed this year, with 32 candidates from nine breeding companies in the starting blocks.

That is remarkable given the rocky ride the crop has had for the past few years, says Niab’s Colin Peters, who adds that there are some exciting varieties coming through.

There will be interest in Corteva’s hybrid PT303 – not just because it currently leads the pack for gross output, but also because the breeder claims it offers sclerotinia disease tolerance.

“That’s a good thing and it should help with crop management, although we don’t quite understand what it will mean in the field yet,” he says.

There are also candidates with shorter flowering windows, such as Limagrain’s Adonis and Corteva’s PX138, which may have an advantage in reducing the sclerotinia risk.

Some of the candidate yields are outstanding at this stage, which means those that get on the Recommended List later this year are likely to have something to offer, as the bar is already very high.

“The Clearfield candidates are showing a potentially big step up in yield, which is good to see. There is also a new clubroot resistant type and another semi-dwarf,” he says.

It’s early days for all of these candidate varieties, and it will be important to see how they perform in this coming harvest.

“We know how much things can change between years, with last year being a sharp reminder of that. There’s an exciting harvest coming up this year and a wider range of trials,” adds Mr Peters.

Turning to the newcomers, he says none of them exceeded the hybrid Ambassador from Limagrain, which is at the top of the list with a UK gross output of 108%, good resistance to lodging and both light leaf spot and phoma, as well as resistance to turnip yellows virus.

“Turnip yellows virus resistance is interesting. We don’t know how much virus is out there and what problems it is causing, but there are lots of varieties coming through with this resistance now and their yields have been outstanding,” he says.

Aviron from Limagrain, one of the new additions, performed above its four-year mean last year and shows promise, he adds.

It also offers a very high UK gross output of 108%, having achieved 109% in the East/West region and 105% in the North. As with many of the Limagrain varieties, it has a range of traits, including pod shatter and turnip yellows virus resistance.

It is relatively early maturing and scores a good 7 for both light leaf spot and stem canker, on a 1-9 scale where 1 is very susceptible and 9 shows good resistance to the diseases.

Described by its breeder as very vigorous, Aviron is a taller variety with a stem stiffness score of 6, says Mr Peters. However, it has no problems with lodging.

The other new variety with a UK recommendation is a Clearfield type, Imprint CL from Dekalb. It has a UK gross output of 95%, putting it some way behind the top-yielding non-Clearfield varieties.

Clearfield varieties are tolerant to certain herbicides and are often grown where troublesome weeds such as charlock need to be controlled.

“At the moment, the Clearfield varieties aren’t quite there yet yield-wise, but they are improving rapidly and they allow growers to play with companion cropping and deal with volunteers of unwanted brassicas,” says Mr Peters. 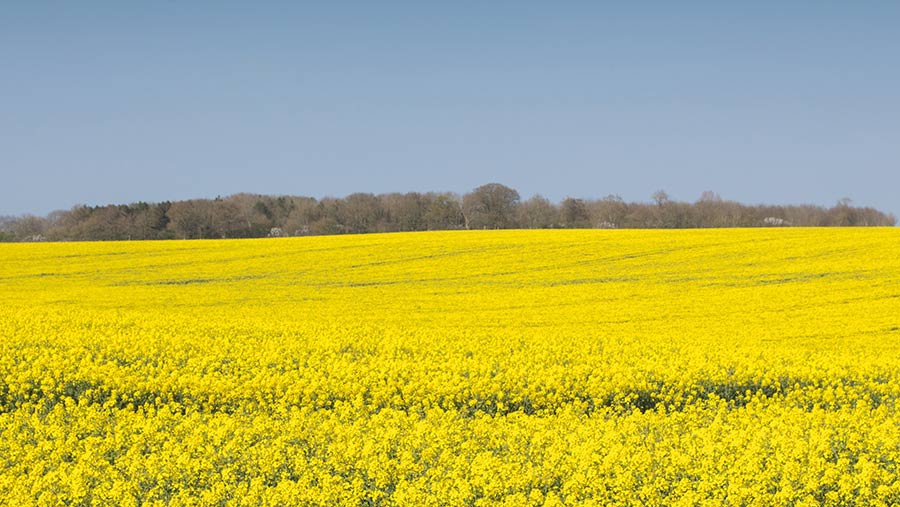 Those recommended for the East/West region only include Antigua, Expectation and Respect – all of which have plenty to offer.

Antigua is typical of its breeder, Limagrain, with a very high gross output of 109%. At 162cm, it is another tall variety, but scores an 8 for lodging resistance and stem stiffness.

It is relatively early-maturing and has both pod shatter and virus resistance.

Expectation from Dekalb has a gross output of 107%. Shorter than the Limagrain varieties at 156cm, it also has pod shatter and turnip yellows virus resistance, as well as scoring 8 for stem canker/phoma resistance.

Respect, from breeder LSPB, is another very good variety, with a gross output of 107% and a score of 8 for stem canker. It doesn’t have turnip yellows virus resistance, but brings good stem stiffness and resistance to lodging.

“It’s good to have another breeder featuring. The new varieties are all in contention and difficult to pull apart. They have good disease profiles and no obvious weaknesses,” he says.

Conventional varieties are still in the frame, with both Acacia and Aspire having a UK recommendation. Acacia is very stiff, but has slightly lower disease scores than others, while Aspire brings turnip yellows virus resistance.

The list for the North remains unchanged, with conventionals Blazen and Barbados leading the way.

“It’s interesting to note that six of the UK-wide varieties do better than those recommended just for the North,” says Mr Peters.