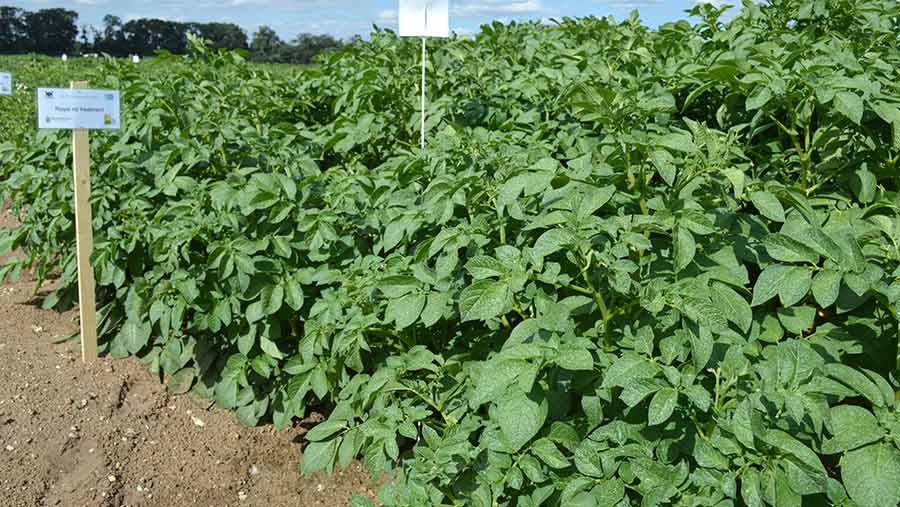 Graham Tomalin, agronomist at consultant VCS Potatoes, picked these three varieties as the industry looks towards more tolerant and resistant varieties, and so counter the threat of yield losses from PCN.

“I believe that varietal resistance is the best way forward for potato growers,” he tells Farmers Weekly.

An estimated 64% of potato land is infected with PCN and growers can deal with this problem by extending rotations and the use of nematicides, but he believes the varietal route is the best way forward.

There are two species of PCN, Globodera rostochiensis and Globodera pallida, with the latter becoming more widespread due to its prolonged hatching period and the cultivation of many varieties that are resistant to rostochiensis but susceptible to pallida. 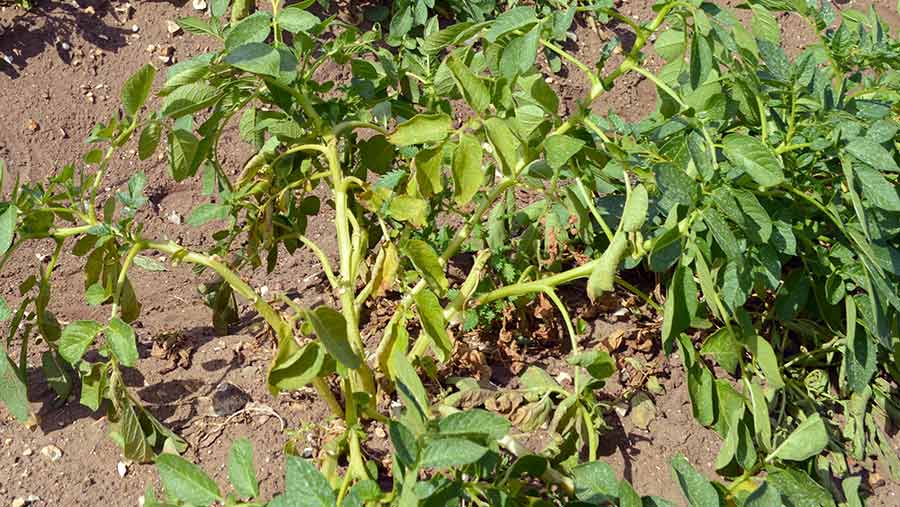 This increased prevalence, together with the threat to the continued use of some nematicides, has led to an increase in the need for varieties offering tolerance and/or resistance to pallida.

Mr Tomalin defines the difference between tolerance and resistance as:

He describes the three varieties in terms of tolerance and resistance as: 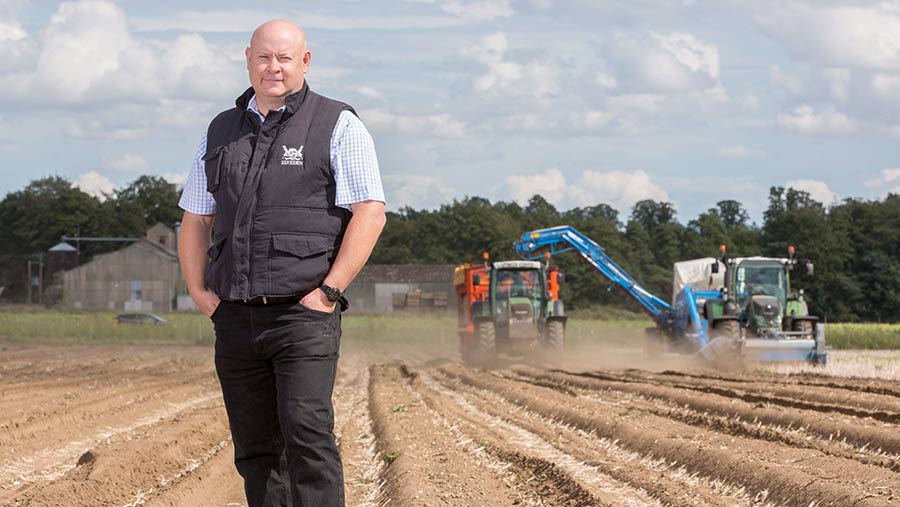 Mr Tomalin is testing a number of varieties in a trial at Elveden Estate in Suffolk, and points out processing variety Royal is become quite popular with growers, Lanorma is being grown more widely for the pre-pack market, while Iodea is a newer variety aimed at the salad market.

These three varieties look the most hopeful from a group of new varieties in trial when compared with four older standard varieties – Cara, Maris Piper, Eurostar and Innovator, he says.

The first two – Royal and Lanorma – are now being grown commercially on the light land Elveden Breckland estate and farms director Andrew Francis says both varieties are likely to be useful in coping with PCN.

His PCN control strategy for the 480ha of potatoes he manages on the 3,400ha arable estate is:

Mr Tomalin and Mr Francis were speaking to Farmers Weekly at a recent Strategic Potato Farm East field day at Elveden this month.