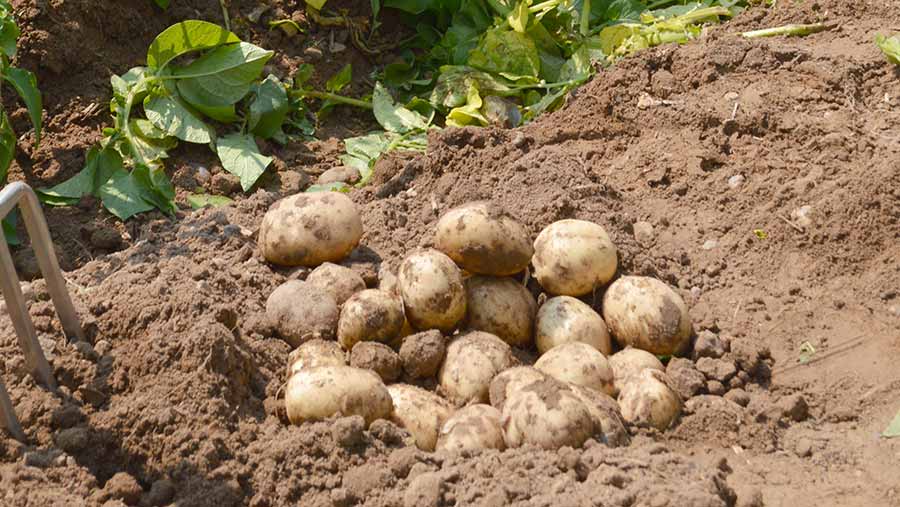 Tony Bambridge is increasing his potato yields and improving his light Norfolk soils by the use of green waste compost, which is especially important in this summer’s dry weather.

Potato yields are about 6-7% ahead since he started applying the compost six years ago, while his soils are more resilient, water retentive and workable.

The compost has helped build the indices of key nutrients, such as phosphate and potash, and increase organic matter levels in his sandy soils by 0.5%, which were typically 1.5-2.5% before compost was applied.

“We are feeding the crop the natural way, creating a sponge to absorb water, adding organic matter to improve soil biology, helping the workability of soils and making them more resilient,” he says.

Mr Bambridge grows 140ha of ware potatoes and 170ha of seed crop at Wood Farm about 10 miles north of Norwich and just south of Aylsham, where he also grows a range of crops including winter and spring barley, winter wheat, maize, oilseed rape and grassland.

He calculates the cost of the compost and its application at £250/ha, but his saving of bagged fertiliser is just £123/ha, so the advantages of better yields and better soils need to make up for that financial gap.

He is now part of a GreatSoils project led by the AHDB, which started in autumn 2016 and involves others advisers and scientists such as crop consultants Niab and Rothamsted Research.

This tied in with seven other trials he has conducted, which showed that using 30t/ha of compost boosted potato yields to 61t/ha, again well ahead of the 55t/ha yield achieved without using compost.

“What we are seeing is that the compost is changing the physical properties of the soil, improving rooting and water uptake and also nutrient availability,” Dr Allison says. 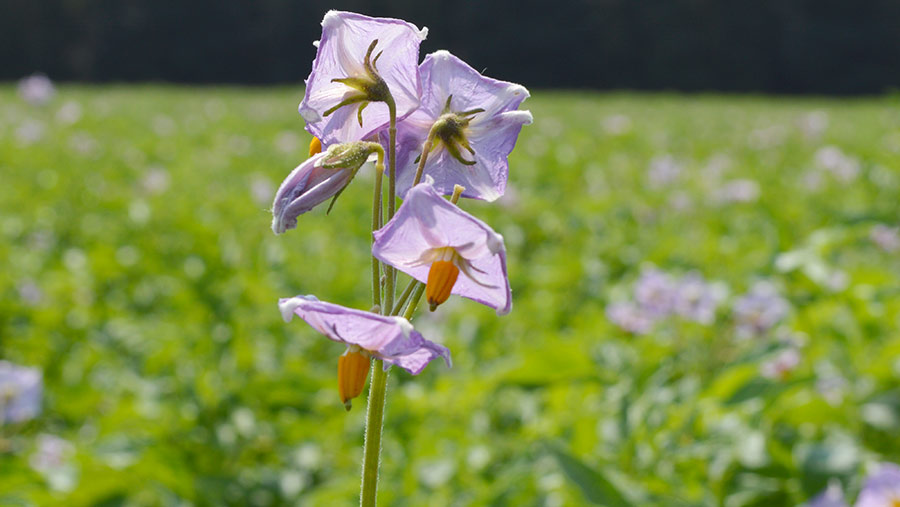 The compost is adding carbon to the soil as well as valuable elements such as nitrogen, phosphate, potash and magnesium, and will have subsequent positive yield advantages on following crops, he adds.

Mr Bambridge is lucky that he has a neighbouring compost plant in his village of Marsham, which takes timber and garden waste from the gardens of Norwich to make into heat-treated compost, which should be free of weed seed and disease.

He is applying the compost at 30t/ha about three years in five ahead of crops such as potatoes, sugar beet and oilseed rape on the 1,200ha of land he farms as B&C Farming.

He looks to apply the compost in the winter ahead of his potato crop as it is a relatively stable product that is unlikely to cause leaching problems.

The compost is worked in with shallow discs, and then he uses deep tines for his primary cultivation in the spring rather than ploughing.

Some of the major nutrients can be locked up, such as nitrogen, so he calculates the amount of nitrogen, phosphate, potash and magnesium that is available to the growing crop.

It is not fully clear exactly how much of these nutrients are available in the first year, but he uses 2.5% of the nitrogen, 15% of the phosphate and 80% of the potash.

Compost at 30t/ha will therefore provide in the first year:

Clearly a lot of these major nutrients and magnesium are being locked up in the soil and so preventing immediate use by a growing crop, but Mr Bambridge sees positives from the compost, giving the soils sulphur, calcium and manganese.

The dilemma with all organic amendments, not just compost, is when do the other percentages of nutrients become available, if ever, he says.

As well as the increased yield he also points out that his light sandy loam soils show greater water holding capacity, better water infiltration and improved workability after the compost is applied.

“We are seeing that yields have improved 6-7% over the six years,” he says.

The effect of the compost has reduced slightly the dry matter of the potatoes, such as the variety Maris Piper, which he grows on the farm, but this is currently within the range that his processor will allow.

Another factor is how much of the soil nutrients, especially nitrogen, the compost leaves for a subsequent crop, such as the specialist winter malting barley variety Maris Otter where low-grain nitrogen is required by the maltsters.

Mr Bambridge was speaking to Farmers Weekly at a GreatSoils field walk at his farm in late July, as he is running one of the field trials on compost amendments for the AHDB Rotations Research Partnership.