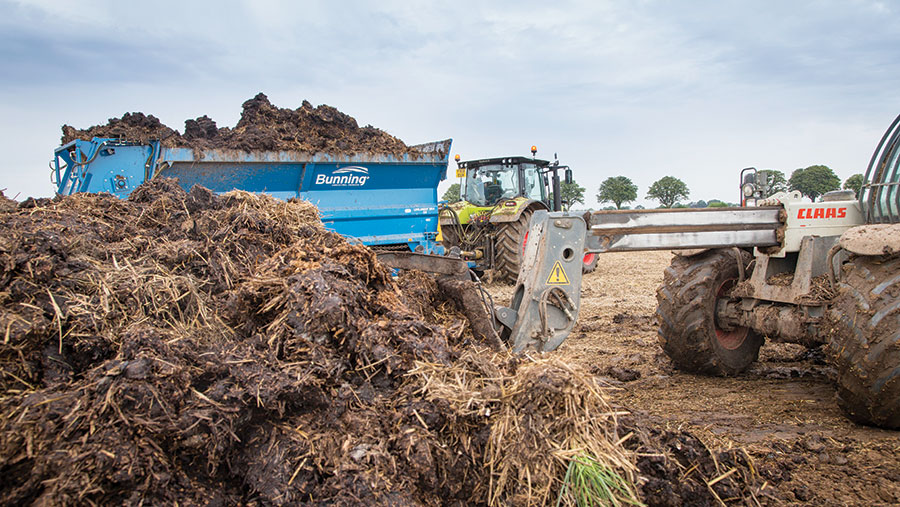 All three winners included farmyard manure, grew their winning crops after oilseed rape and have a policy of prioritising soil health and good soil structure.

Plenty of muck and near-perfect weather at its coastal location were the reasons given by Mr Stubbs for his success. He entered the wheat competition for the first time this year with a commercially grown crop.

Reassuringly, given the current season, the crop was drilled on 4 November at a seed rate of 513 seeds/sq m. His practice of getting nitrogen on as soon as possible in February helped to get it growing strongly and develop a good root structure, with a total of 230kg/ha of N being applied in four splits.

Pete Berry, head of crop physiology, has looked at the influence Mother Nature has on final results, going back as far as 1970, to understand more about the effect of weather on yields.

In wheat, there are four parameters, which together account for 30% of yield variation:

In oilseed rape, there are five factors, which together account for 37% of yield variation: 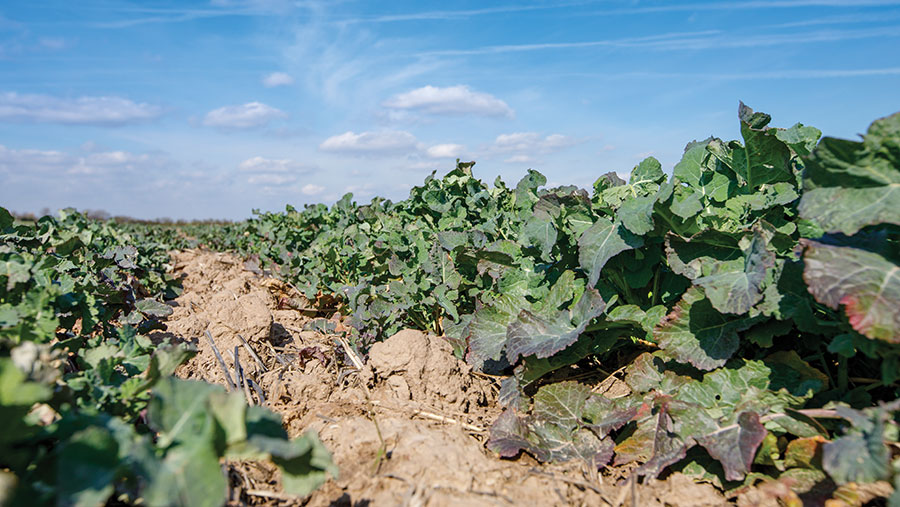 “Given the uptake of Yen by growers and their willingness to collect and share data, we now have some very useful insights,” says Sarah Kendall of Adas.

Dr Kendall adds that large cereal yields come from large crops, which have more ears than average and tend to be taller. Husbandry factors that matter include:

“However, it isn’t all about how much you spend on them – it’s attention to detail,” she says. “The cereal Yen shows high-yielding crops are associated with high ear numbers and high final biomass, which are carefully managed.”

The OSR Yen demonstrates the need to maximise seed number and have a focused approach to inputs. Higher yields come from a longer period between flowering and desiccation, as well as greater use of fungicides and plant growth regulators, but fewer herbicides.

“With the exception of this year’s winner, higher yields also tend to come from crops grown at lower seed rates,” she says.

“The weather was perfect,” he says. “Growing it near the coast meant the sea frets kept temperatures 5C lower than inland areas, and we had good sunlight for much of the time.”

The silver gong went to Farmers Weekly Farmer Focus writer Mr Wainwright, with a crop of Graham, which reached 88% of its yield potential.

Drilled on 18 October at a seed rate of 275kg/ha, his crop received a total of 325kg/ha of N in six applications and four fungicides, at a cost of £106/ha, in an approach he describes as “kitchen sink farming”.

“The trouble with this is that if it doesn’t yield, for whatever reason, you’re in trouble,” he says. “We did it for the Yen entry, as we’re on the cusp of learning more about crop nutrition. Otherwise, the farm’s cost of production for wheat is pegged at £80/t.”

The new focus for Yen will be crop nutrition, with the intention to look at soil, tissue and grain nutrient levels and develop thresholds for 12 nutrients.

“We know that magnesium in the soil and the seed, phosphate in the seed and iron in the seed are all associated with high yields,” says Adas’ Sarah Kendall.

Half of the crops entered into Yen are deficient in P, while only 27% of crops have no deficiencies.

“There’s more to learn and we’re looking forward to working with our Yen farmers to expand our nutrition knowledge and develop best practice.”

Bronze went to Mr Passmore in Oxfordshire for a crop of Kerrin, which achieved 80% of its potential on a chalky Grade 3 soil.

Sown on 1 October at a seed rate of 350kg/ha, Mr Passmore’s crop also received 230kg/ha of N in four applications. Good use of pig manure and getting the basics right were the reasons he gave for its success, which was achieved despite the crop having a below-average number of ears/sq m .

“It compensated for that by having a higher number of grains,” he reports. “These Yen crops can be high risk, so I used four fungicides at a cost of £123/ha and three plant growth regulators.”

Scottish grower Donald Ross took the top accolade for best percentage of potential yield, with a 12.8t/ha crop of Skyscraper that managed to hit 93% of its potential.

Lots of muck and an extended autumn helped his 5 October-drilled crop put on good early growth, while five splits of nitrogen and three applications of potash were used – an approach Mr Ross has developed by learning from previous Yen reports.

Mr Wainwright was second, with 88% of a 17.4t/ha yield potential, while a first-time entry from Kaido Kirst in Estonia took third place with 86% of 11.3t/ha.

His crop of Campus was grown on virgin land using home-saved seed and wasn’t drilled until 14 September, at a seed rate of 7.5kg/ha, with a target of getting 60 plants established/sq m.

Grown after wheat and established by strip-till, the crop had very little trouble from flea beetle and received Mr Budd’s standard herbicide programme of Centurion Max (clethodim) and Kerb (propyzamide). Two applications of fungicides and plant growth regulators were made, while 230kg/ha of N went on in three splits.

His approach is to develop a large crop canopy, dominated by the main raceme. His Yen entry was grown using the farm’s standard programme, rather than receiving additional inputs.

Second and third places were taken by Richard Wainwright and Mark Stubbs – who were both also successful in the wheat competition, and grew DK Exclaim, using mid- to late August drilling dates.

Mr Wainwright’s OSR yielded 6.82t/ha and was a monster crop from day one, so his strategy was to keep it greener for longer. The exposed location kept the flea beetles away, while his annual use of cattle muck meant it only required one 40kg/ha N application.

He credits early drilling (17 August), the use of muck and luck with the weather for the very high yield, but also points out that he didn’t desiccate the crop. He also took silver for the best percentage of potential yield, with 72% of 9.4t/ha.

Mr Stubbs ended up with a yield of 6.77t/ha from a crop drilled on 27 August at a seed rate of 45 seeds/sq m. Shot holing from flea beetle feeding was evident, he reveals, but early spring nitrogen helped the crop to grow away.

A good, but uneven, canopy allowed maximum light interception, with the flowering period extending to eight weeks. “Having entered the oilseed rape Yen before, I used the information from the reports to fine-tune my approach.”

David Fuller-Shapcott in Roxburghshire received bronze in the potential yield category, with 63% of 10.1t/ha. Growing the hybrid INV1035, he aimed for a low plant population and kept the canopy going – possibly helped by the desiccation spray being washed off soon after application.

Spring barley
The first-ever spring barley Yen award was won by Alex Wilcox from Norfolk with a yield of 10.7t/ha. He also took the title for best percentage of potential yield, with 72% of 14.9t/ha.

His crop of Laureate was drilled on 15 January at a rate of 235seeds/sq m (127kg/ha) and received 110kg/ha of N in two splits, two fungicides and one plant growth regulator. Manganese and boron were also applied.

“I want spring barley to stop being the poor relation,” he says. “That can mean treating it more like a winter barley and getting it to set big ears, so I’ve been tinkering with its agronomy.”

Innovation awards
Peter Chapman from South Redbog Farm, Strichen, Aberdeenshire, was the well-deserved recipient of the Innovator of the Year Award.

Commendations went to David Fuller-Shapcott of Roxburghshire, Chris Eglington of Norfolk and Ed Horton of Gloucestershire.