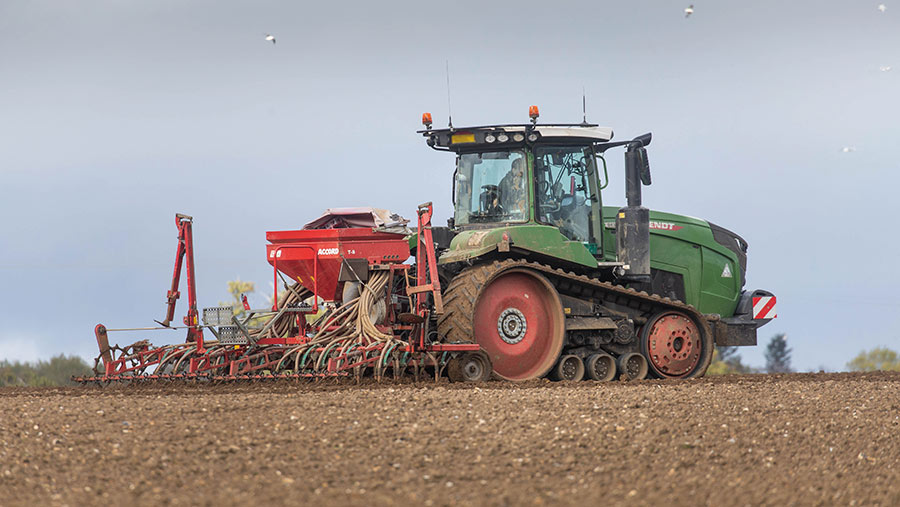 A new Group 3 wheat variety will appeal to feed growers as well as those supplying biscuit and distilling markets, thanks to its high yields, good disease resistance and excellent quality.

The breeder believes Astronomer will follow in the footsteps of varieties like Extase, Crusoe and Siskin, which have found a home in rotations as feed wheats instead of the more traditional Group 4s.

Tom Barker, Limagrain’s cereals and pulses product manager, knows how challenging it can be to hit milling specifications being a former grain trader. 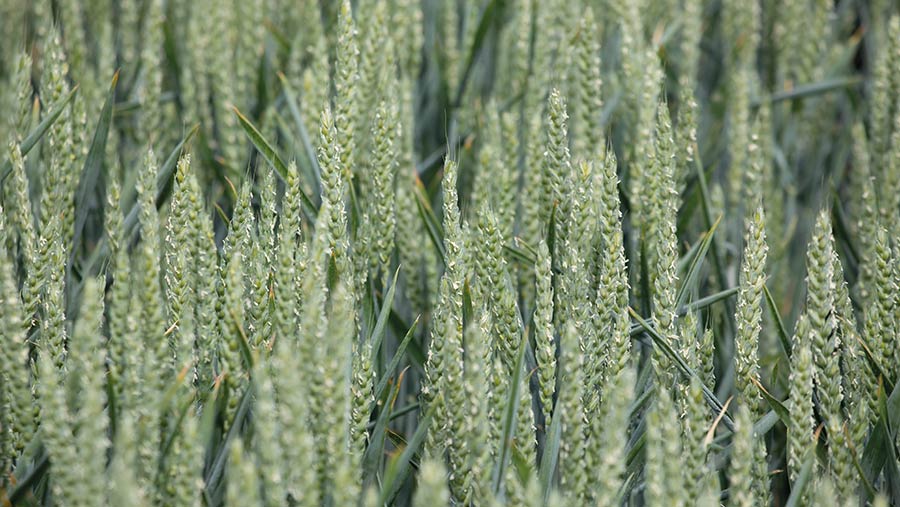 He points out that Group 3 wheats are easier to achieve the right specification.

Hitting the Group 1 full milling specification can be a tall order with protein content being the key challenge when pushing yields.

Likewise, hitting 13% protein when growing Group 2 varieties for full milling specification is also challenging given the current varieties. “I don’t see many farmers opting for this,” he says.

“Some growers may aim for the low-grade Group 2 market with a 11.5% protein target, but it is still a harder spec to meet than Group 3,” adds Mr Parker.

Looking at the 2020 AHDB Quality Wheat survey, only 32% of Group 1 varieties met full milling specification, compared to two-thirds for Group 3.

Group 3 wheats are used for a number of processes including baked products (biscuits and cakes), distilling, biofuel and exports for specialist breads.

There has been growth in the Group 3 sector, which accounted for 5% of the total wheat area in 2016, and there is enough certified seed to push this to 11.5% next season.

Despite having the qualities sought by biscuit-makers and distillers, Astronomer will also appeal to feed growers.

A survey of 2021 wheat growers, carried out by Limagrain, found that farmers are focusing more on agronomic factors, rather than Nabim classification, when choosing varieties.

More than half (56%) grow Group 1, 2 or a 3 as a feed wheat, saying they were tempted by the agronomics, says Ron Granger, Limagrain’s arable technical manager.

The survey also found that 90% of growers said they would consider growing a variety from a grouping that they don’t normally grow if it had the right characteristics.

This is why the breeder believes it will have broader appeal.

Agrii head of agronomy Colin Lloyd points to Crusoe being popular in the South West, where milling wheat is not grown because of its traits. Siskin is the same, being seen as a high-yielding feed wheat despite being a Group 2.

So what does the variety offer? With a yield of 101%, it is up with Firefly for treated yield – which is the number-one biscuit wheat – but with a better untreated yield (86% versus 80%), says Mr Granger.

But what stands out is the 9s for yellow rust and brown rust, and a 7.4 for septoria. Mr Granger says this raises the bar above the present commercial biscuit varieties.

Mr Lloyd highlights that brown rust is often overshadowed by the focus on yellow rust. Astronomer has the highest brown rust rating on the Recommended List.

“Brown rust can be really nasty in drier parts. If you don’t get chemistry right, it can cause big issues.”

One weakness is mildew with a score of 4, but it isn’t difficult to control in a spray programme, he adds.

Quality is also notable. While Mr Granger says it hasn’t the best hagberg on the Recommended List, it is still good at 238sec, which is better than fellow Group 3 Elicit.

But it’s the specific weight of 77.8kg/hl that makes it stand out.

It’s good as a second wheat, although Mr Granger says it does not like light, droughty soils so he advises growing on medium/heavy soil types.

Mr Lloyd agrees and says it is best grown on heavier land, either as a first or second wheat. “It’s looking decent as a second wheat and will have more data after this harvest.”

In conclusion, yield is similar to Firefly and is up there with key varieties like Extase and Costello. “Astronomer stands up with disease and spec weight,” says Mr Granger.

“And for biscuit wheat growers, it offers an excellent specific weight and they now have an option that is considered to be in the high disease bracket,” he adds.

Astronomer has the highest variety sustainability rating of all of the wheats on the Agrii Advisory List 2021,” says Agrii’s Colin Lloyd.

These ratings complement the AHDB Recommended List, but with extra data from the group’s extensive national and regional variety testing programme.

There are 13 key characters that are scored, covering the following:

“These characters are then weighted according to their importance in offering performance reliability, management flexibility and the potential for reducing pesticide use and overall cost/tonne to grow.

“So, the higher the rating, the more sustainable and secure the variety,” says Mr Lloyd.