Cereal growers with clean weed-free ground could earn themselves a significant premium over the price of feed wheat and barley by growing crops for seed production.

Prices of 10-12% over feed prices are available for winter wheat and 18-20% for spring barley and oats from the UK’s third biggest seed seller, Wynnstay.

But meeting the exacting cleanliness standards requires a scrupulous attention to cropping throughout the year, explains John Belcher, who has been growing cereal crops for many years on land near Newport, Shropshire. 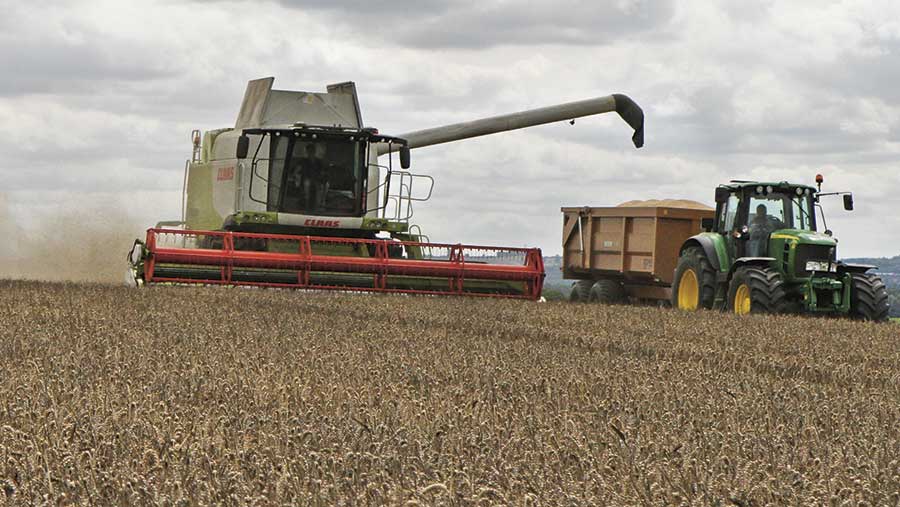 Although there is the potential to grow crops of milling wheat on the land which runs from sandstone into heavy clay and peat, he favours seed production.

This is because more factors relating to hitting the premium are under his control.

As some growers have witnessed this season, protein and Hagberg values of a crop of milling wheat can rapidly slip away with poor weather at harvesting time.

This can leave a crop which has had gold standard treatment throughout the season sold into the same heap as a lower-input feed crop.

But seed crops – although not immune to the elements –will generally pay off providing they are looked after well. 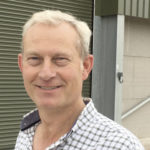 Cleanliness standards can be maintained by keeping a broad rotation with plenty of opportunities for break crops, timely applications of herbicide, and hand-roguing any that slip through the net.

In addition to cereals, he grows areas of oilseed rape, forage maize, carrots, and spring beans. This broad rotation allows him plenty of opportunities for first cereal slots.

Germination levels, the other factor vital for a successful seed crop, can be preserved by patience with the drier, keeping the heat down and drying it over a longer period of time.

Crops are particularly likely to need the drier treatment in a catchy season, says Mr Belcher, as there is no pre-harvest glyphosate permitted, meaning they will not dry out as fast as a desiccated crop between the showers.

Growing crops for cereals can be an opportunity for smaller growers to add value to their crops as they have the time to fully keep on top of weeds, says independent AICC agronomist, David Lines, who walks the land for several of the group’s seed growers.

He says oats are the most challenging crop to grow for seed due to difficulties in weed control.

Therefore these should be grown after grass or after two break crops in order to maintain a zero-tolerance approach to the presence of wild oats.

You can use robust rates of the best product available in a field with a history of a weed problem, while savings can potentially be made on cleaner land.

However, there is no alternative to hand roguing plants which the sprayer has missed or have resisted chemical control.

Growers will need to be prepared to do that themselves or pay for contract roguing gangs to do it after T3 and before seeds are shed.

For those already doing full fungicide control, there will be little further increase in variable costs.

There will be the additional cost of buying the original (C1) seed for multiplication, which is £100-120/t more expensive than the comparable commercially available seed.

This cost is recoverable with the additional premium, but there are many growers who are reluctant to get involved in spite of having clean ground.

This is because they need to keep individual varieties separate as well as drying crops more slowly to avoid the risk of damaging seed germination rates.

The other drawback is that growers need to sell at harvest when prices are generally low and cannot gain from marketing their crops throughout the season.

Watch the video on how a seed crop is processed for sale after it leaves the farm:

Growers with land free of blackgrass between South Wales and Lancashire are being sought by Wynnstay, the third biggest cereal seed supplier after Agrii and Frontier, to supply them with seed for their cereals sales business.

The company, which supplied over 40,000t of cereal seed last year from its two sites, just north of Shrewsbury, Shropshire and Selby, North Yorkshire, is seeking growers for both winter and spring cereals.

Celebrating its centenary next year, it supplies a wide range of growers, many of whom are mixed farmers as the company has a well-formed distribution network into areas outside the arable heartlands.

It also markets up to 350,000 tonnes of grain per year for customers via its Grainlink trading arm.

Richard Torr, Wynnstay seed sales and marketing manager, says they are predicting the big winter wheat varieties next season for them to be Siskin, Graham, Dunston, and Gravity, as these bring both strong yields and septoria resistance credentials.

For winter barley, it is favouring Orwell and Surge, and Planet and Propino for spring barley. Mr Torr says the company is willing to be flexible with growers over which variety they opt to grow to best fit their land and rotation.

In total, the group sells 26 varieties of winter wheat and six barley varieties, with 99% now distributed in half-tonne bags.

Each seed grower has at least one visit per year from the group’s inspection team prior to harvest to assess crop cleanliness in the field, says arable input director Nick Birkinshaw.

Three grain samples are then taken throughout processing, once on-farm, once when tipped before cleaning, and once as part of the cleaning process.

Passing this means growers will have met the UK’s legal standards of seed production , as well as the company’s own internal purity standards.

Mr Birkinshaw says Wynnstay is particularly interested in talking to growers who are able to grow spring cereal crops for them in a first cereal slot, because this is often the most difficult type of ground for them to find.