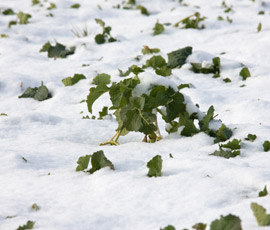 Many cereal crops will be retrievable this season – despite winter conditions that have driven down temperatures, growers are advised.

Cereals in East Anglia look better than in many other parts of the country, where waterlogging and slug damage have taken their toll – if crops have been drilled at all.

Low soil temperatures mean inputs will have to be tailored on a crop-by-crop basis, says Mike Warner, chairman of the Association of Independent Crop Consultants.

Rape established before August is looking healthier under snow than later crops with low plant populations and fields that have suffered pigeon damage.

But it remains too early to forecast harvest potential with confidence – and a warm spell following the prolonged cold snap will certainly lift spirits.