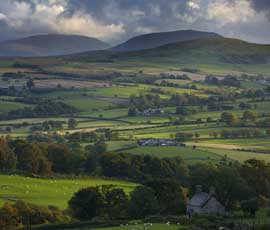 Farmers who sign up to Wales’ new environmental land management scheme can withdraw without being penalised if the proposed “greening” of CAP direct payments goes ahead.

The Welsh Government has announced that contracts will now allow farmers to walk away from their agreement if Glastir is changed following CAP reforms.

Farmers would also be fully reimbursed for any money they spend on capital works under Glastir.

Deputy farming minister Alun Davies said it was important to reassure farmers who remained undecided about joining the All-Wales Element of Glastir. “I hope that the reassurance I can give today will remove a barrier for those considering entering the scheme and encourage them to sign up,” he said.

The decision was welcomed by the Farmers’ Union of Wales. Its land use and parliamentary committee chairman, Gavin Williams, said the clarification that money spent on capital items would be reimbursed was a positive move.

Farmers, he said, were concerned that they had to undertake capital works early in the scheme agreement. “If the scheme then became untenable due to the CAP reforms they would be out of pocket as payments for the works are paid over the five years of the agreement,” said Mr Williams.