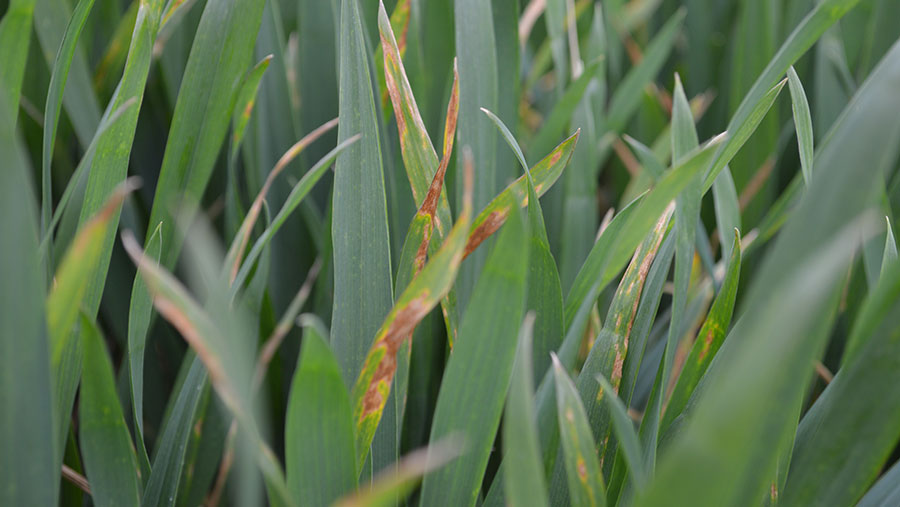 A new type of fungicide is likely to be available to wheat growers in 18 months’ time to give leading protection against the crop’s most damaging disease, septoria.

Growers rely on just two groups of fungicides – SDHIs and azoles – for curative action against this debilitating disease, but Inatreq from Dow AgroSciences will give them a useful third.

This should help to calm fears of fungicide resistance and will be a welcome weapon in the fight against disease when some fungicides are under the threat of being banned.

This comes at a time when the first tentative signs of septoria resistance to SDHIs is being seen, while there are fears that azole use could be restricted if they are classed as endocrine disruptors, meaning they could interfere with human hormone levels.

Agrochemical giant Dow AgroSciences, which is in talks to merge with rival DuPont, hopes to launch the product in 2019, but this may slip to 2020 depending on the progress of regulatory clearance.

William Corrigan, the group’s fungicide product manager, describes the product as the next generation of cereal fungicides, with no cross resistance to existing groups.

“It gives better septoria control than anything currently in the marketplace and is as good as the best in terms of rust control,” he told Farmers Weekly.

The new product comes from the picolinamide group with the chemical name fenpicoxamid, and the active ingredient has been given the marketing name Inatreq before a brand name is announced for the launch.

The product is at least as good curatively against septoria as the best fungicides on the market, but gives better and longer protective activity against the disease, adds Mr Corrigan.

It has particularly good movement through the wax layer of the leaves and can sit in the wax layer to give five to eight weeks of disease protection, compared with three to five weeks with an SDHI.

This long protection could be very useful in a T2 wheat flag leaf spray as very often the following T3 head sprays are azole based, which has a declining efficacy against septoria.

It will also give better protection than the widely used multi-site protectant fungicide chlorothalonil, which can be spread only by rain splash.

In one trial, when applied with an azole and chlorothalonil, it gave a 0.2t/ha yield response ahead of leading T2 SDHI+azole+chlorothalonil mixtures.

Stuart Jackson, the group’s cereal fungicide agronomist, says that as well as good protective activity on the leave surface, it also has good curative activity – both systemically moving up inside the leaf and translaminar across the leaf.

Since it is active on a single site within the fungus, like an SDHI, it is considered to have a medium to high risk of developing a resistance so again, like SDHI, it will be limited to two applications per year, and mixed with fungicides with different sites of activity.

This certainly means it will be mixed with chlorothalonil, and probably azoles and could be used in parallel with SDHIs in fungicide programmes.

The company has been trialling a T1 of the SDHI penthiopyrad+azole+chlorothalonil and a T2 of Inatreq+azole +chlorothalonil, which has given good results in terms of disease control.

Inatreq is likely to be launched in conjunction with azoles initially for winter and spring wheat, rye and triticale and then later barley.

“The real benefit for growers is that this is a new molecule with curative protective and translaminar activity, and has a new target site with no cross resistance,” said Mr Corrigan. 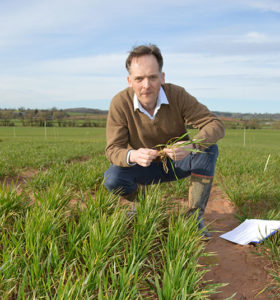 Jonathan Blake, fungicide expert at crop consultant Adas, said the new product will give real benefits to growers due to the declining efficacy of the SDHIs and will also assist with resistance management.

Septoria is the most difficult pathogen to control and can cause yield losses as high as 4t/ha in wheat crops in wet spring and summers, and Inatreq has curative and preventative activity against this disease.

“It is a very effective fungicide and the T2 flag leaf timing would be the logical time to apply the product in mixtures,” he said.

When used in conjunction with existing chemistry, the new fungicide will help to slowdown the development of resistance in other groups of fungicides, Mr Blake added.

Inatreq or active ingredient fenpicoxamid is from a new class of cereal fungicides called picolinamdes, which inhibits fungal respiration in the mitochondria, or the power generators of a cell – at a new target site to other cereal fungicides