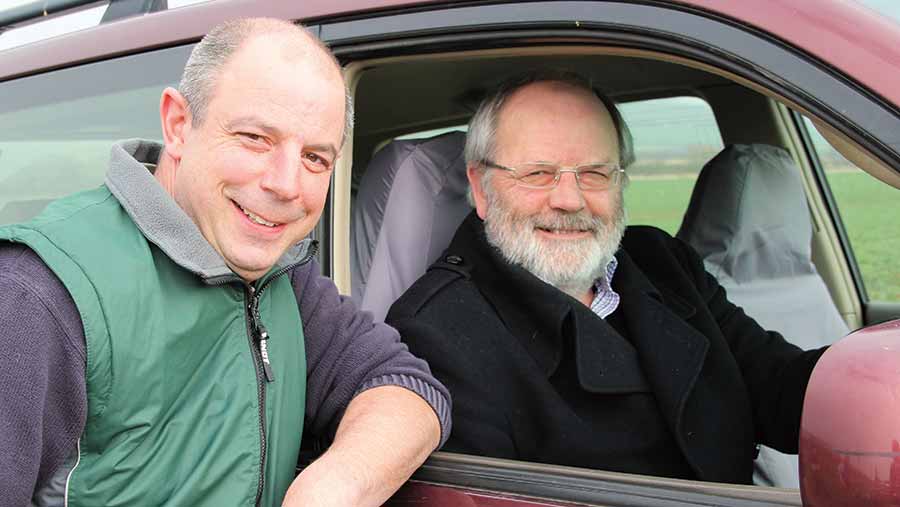 One Dorset wheat grower came within a whisker of beating the wheat yield world record last summer with a late-drilled breadmaking variety.

The remarkable thing was the crop was drilled in the last week of October and treated similarly to all the rest of the 120ha of milling wheats on heavy clay land in south Dorset.

“It was unbelievable – it was by far the highest yield we have ever had. Everything seemed to come together,” he tells Farmers Weekly.

The crop yield was just a fraction below Rod Smith’s Guinness Book of Records world record yield of 16.52t/ha from the feed wheat variety Dickens, 350 miles north in Northumberland.

Furthermore, the crop met full breadmaking specification of 13% protein, 250 hagberg and 76kg/hl specific weight, and was produced at less than £35/t in terms of variable costs.

“The weather was in our favour last year. Even so, we were overwhelmed by the wheat yields, especially so following the move to milling wheats,” says Mr Moderski.

Kris, his wife Ann and son Mark run the family KAM Farming contracting business and for the past 28 years have contract farmed the 570ha arable unit of Yuill Farms at Friar Waddon, about five miles north of Weymouth.

The Moderski family and Yuill Farms’ owners decided the arable performance could be improved back in 2014 with the help of agronomist Todd Jex at advisory group Agrii. Part of the plan was a switch to 100% milling wheats.

The result was that the combine yield meter touched 20t/ha when harvesting the 12ha field of Skyfall, before harvest rain came and affected the quality of some of the winter wheat crops.

Across the whole farm and over a range of soil types, the 120ha of Skyfall and Crusoe varieties harvested averaged 11.1t/ha – by far the best yield in the 28 years of contract farming on the Yuill Farms holding. In the past, wheat yields averaged only 9.5t/ha from a mix of milling and feed wheats. 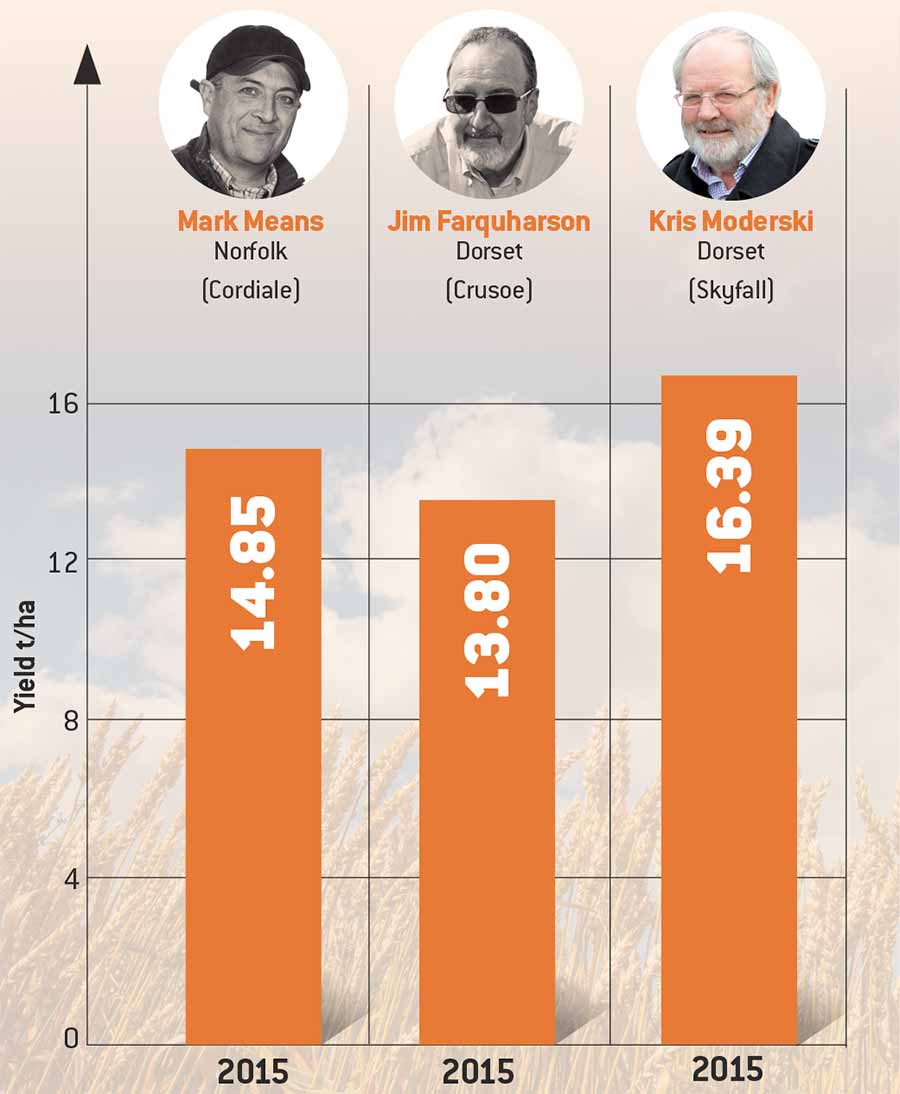 “I see no reason why we can’t target a good 11t/ha on a regular basis from the milling wheats these days,” Mr Moderski says.

The bumper yield field was heavy clay in a valley bottom that had been recently mole drained, leading up a north-facing slope to lighter soils. The wheat followed a crop of forage maize.

The maize crop was heavily treated with slurry and farmyard manure from a 350-dairy cow unit, and winter wheat was then drilled on 27 October.

Soil across the whole farm was mapped in the past year for precision applications of phosphates, potash and lime, while variable rates of nitrogen were also introduced.

Drilling is often delayed to help deal with resistance ryegrass on the farm, but this crop was drilled late as it followed the maize crop.

Kris’s son Mark now walks the field with agronomist Mr Jex every week, and decides what each crop needs and which varieties are best to grow. 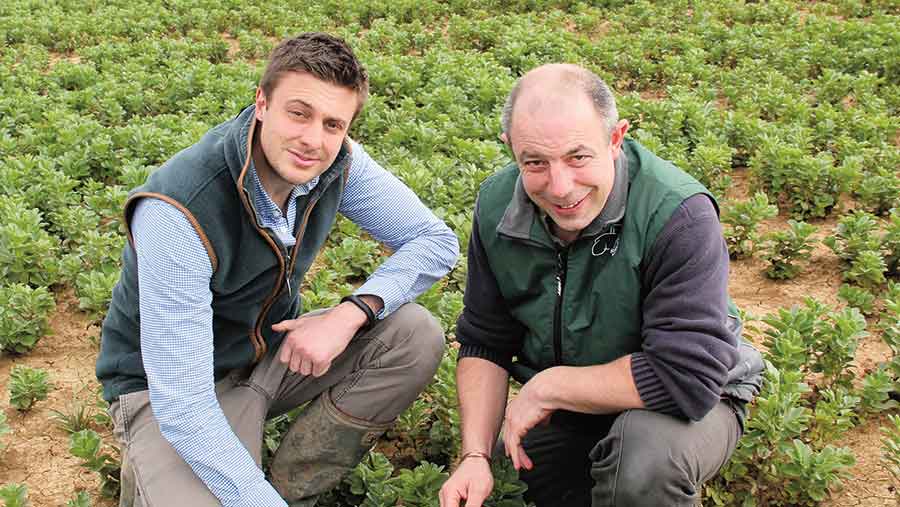 “With the sort of yielding ability and septoria resistance the best Group 1 varieties have these days, switching entirely to milling wheats has proved an excellent decision,” says Mark Moderski.

As well as variety choice, delayed drilling, micronutrients use, soil mapping and making the best use of slurry from the dairy herd have all paid their part in pushing up yields.

“What has really made the difference is putting all these elements together with the best possible co-ordination in a way that suits the ground and equipment,” he adds.