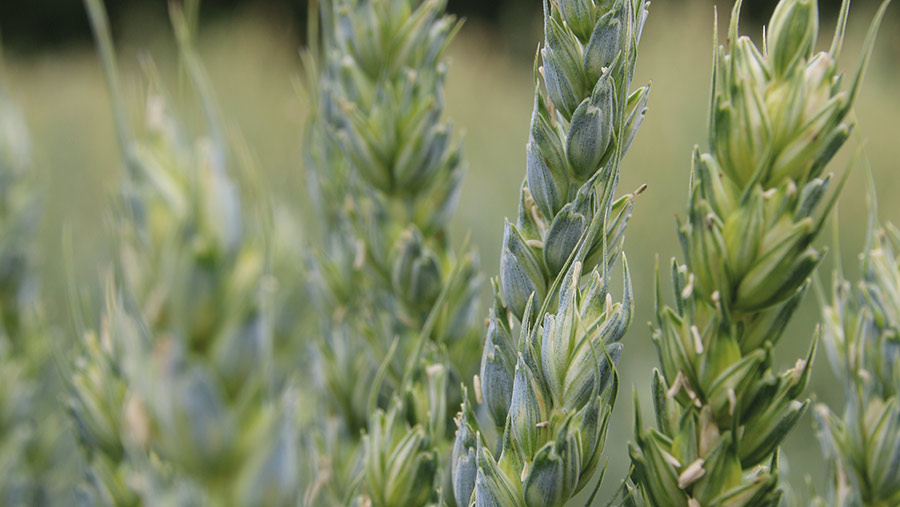 Spring wheat could become a more interesting crop option for growers after two wet autumn drilling seasons and a mountain of spring barley which have depressed prices.

Spring-sown crops are useful in the control of blackgrass, but the bumper spring barley harvest last year – with much of it going for low-value feed grain – has diminished the crop’s appeal for many growers.

By contrast, spring wheat can offer a milling price premium, with production costs similar to spring barley, and it could help lengthen crop rotations with the declining area of key break crops such as oilseed rape.

Switch to wheat in Wiltshire 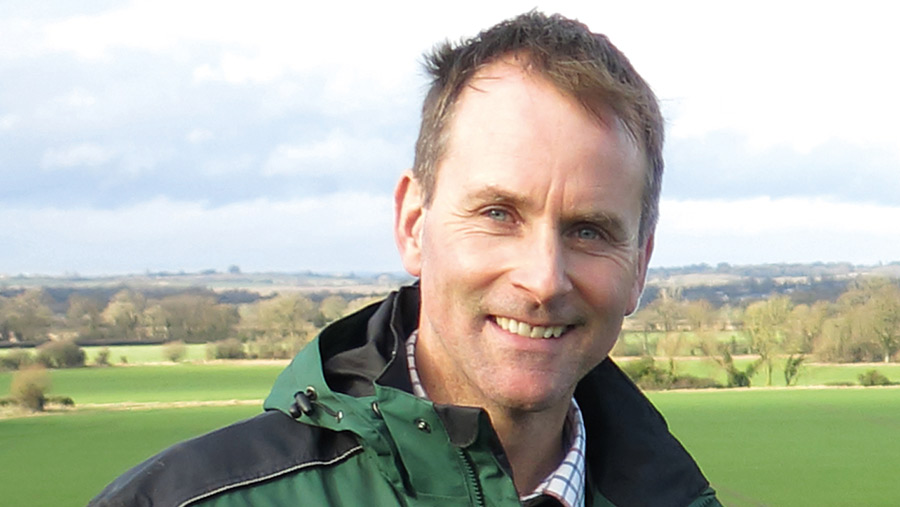 Tom and Bill Spence are doubling their spring wheat area this year as it has become a more profitable crop than spring barley for the farming brothers with the fall in malting barley prices.

Success with their first crop of spring wheat in 2020 has encouraged the switch, as it costs the same to grow as spring barley but commands a higher price.

Farming where the three counties of Wiltshire, Oxfordshire and Berkshire meet, they say spring malting barley has done well on their downland soils, but coronavirus has cut demand and hence the price.

“With the drop in demand and prices for barley recently, we took the decision to try spring wheat based purely on an analysis of the gross margin for the two crops,” says Tom.

The brothers’ first spring wheat crop of 60ha yielded 7t/ha last year and met milling standards with an impressive 14% protein content, and now they are planning 120ha for this spring with their spring barley area reduced.

They believe there is potential to get a yield of 8t/ha in a more favourable season, as spring barley averages 7.5t/ha on the farm with the best barley crops reaching up to 9t/ha.

They had already been growing Skyfall winter wheat on a milling contract for bread maker Warburtons, so decided to opt for Lennox, the only spring wheat variety the company accepts.

The spring wheat was drilled at the end of March at Ashbury Farms, five miles east of Swindon, where they grow 800ha of combinable crops on downland chalk and also clay soils in the Vale of the White Horse.

“Overall, variable costs would be about the same as spring barley. Obviously they’re a lot less than winter wheat but the yield is less too,” says Tom.

He points out that management was similar to a spring barley crop, with two fungicides and a plant growth regulator being applied, while they left out any pre-emergence herbicide due to the dry spring.

“The barley market is still depressed so if we can get a premium for wheat then it stacks up on the farm,” he says.

Nitrogen fertiliser was applied early in the spring to ensure the crop got away well after drilling, with an overall 155kg/ha of nitrogen and 40kg/ha sulphur applied.

Some 27kg/ha of nitrogen was applied at drilling, 48kg/ha along with the sulphur when the crop had just emerged, and a final 80kg/ha soon after, before the onset of dry weather.

The crop was harvested in late August at a yield of 7t/ha, and met Warburtons’ requirement of 12.5% protein, 225 hagberg and 76kg/hl specific weight.

“The yield was definitely checked by the dry weather we had in the early summer, but I think there’s potential to get it to 8t/ha in a better year,” he says.

There was a small amount of ergot and as it was a milling crop it was cleaned. Tom says it is a good idea to allow for this in costings. “Even with this, margins were much better than spring barley,” he adds.

“I don’t think the short-term future looks good for malting barley with coronavirus and all the pubs shut, plus there’s a lot of feed quality barley around so spring wheat will definitely have an important part to play in our rotations for the foreseeable future.”

Spring wheat has a lot of growing to do in a short period so the earlier growers can get nitrogen on to the crop the better, says David Towse, northern business manager at CF Fertilisers.

“For most people, a split application of nitrogen in the seedbed followed by the remainder at the first sign of establishment – the so-called ‘green haze’ stage – is ideal,” he says.

If growers are going to be applying over 70kg/ha of nitrogen, fertiliser regulation RB209 recommends a first application of 40kg/ha in the seedbed unless on very light, sandy soils. On these soils, apply 40kg/ha at the three-leaf stage, but not before March.

Spring crops can be “leaky” and growers need to be mindful of this, aiming to apply little and often so the plant can effectively utilise the nitrogen quickly. “That said, you should be aiming to apply the majority of nitrogen before growth stage 12-14,” Mr Towse says.

Sulphur is essential as it increases nitrogen utilisation, creating higher yields, while he advises to apply phosphate and potash to cover what the crops will take up in terms of grain and straw.

“Spring wheat grows rapidly with only limited time so it is essential all vital nutrients are available to them precisely when they need them,” he says. 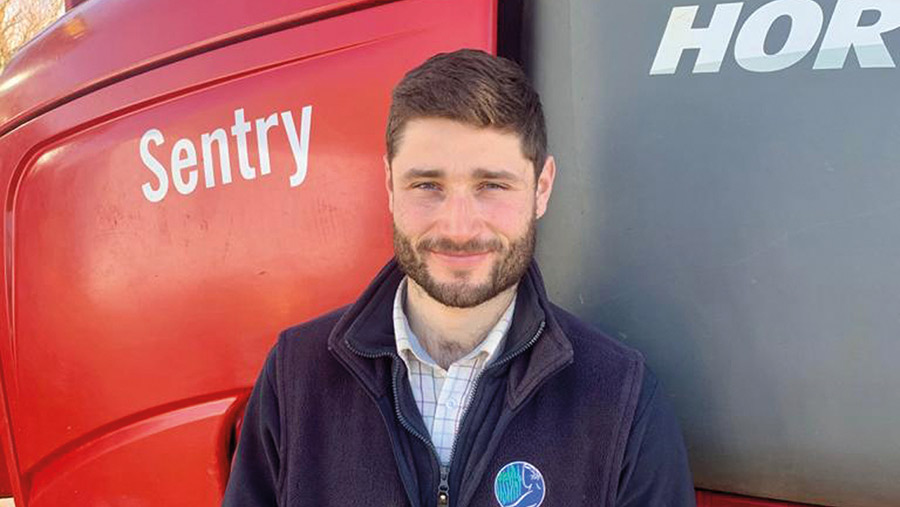 Spring wheat will make up nearly half the total wheat area for one Cambridgeshire farm manager as he sees it as a better bet than spring barley to fight blackgrass.

Ed King has turned to the variety Belepi, with its flexible drilling window, to drill when it becomes too late to get a decent crop of winter wheat in the ground.

With a yield of 6.5t/ha from an early-April drilling last year and nearly half the fungicide spend of winter wheat, he believes the crop has a place on the heavy “skirt fen” soils on his farm near Chatteris.

The farm has severe blackgrass problems and he has been pushing autumn drilling back to address this, but he says whether it’s a wet season or not, the later you drill the more difficult it becomes.

Using Belepi, which can be drilled from October/November through to March, gives him plenty of options over the drilling date, while spring wheat is more profitable and deals with spring droughts better than spring barley.

“If we get a good flush of blackgrass in the early autumn we can drill then, but if not, Belepi gives us the flexibility to drill in late autumn or the following spring,” he says.

In autumn 2019, he was not confident that the farm could finish drilling by November/December, so instead of drilling in less-than-ideal conditions he decided to go with the spring variety.

“That way we had the option of drilling when it was right to do so and not have to make a knee-jerk decision because of the weather,” he adds.

Some 40ha of Belepi was drilled in mid-March at Wood Farm, with a further 120ha sown in early April on newly acquired land near Ramsey, just west of Chatteris.

He kept the seed rate high at 250-300kg/ha to make up for the reduced tillering capacity and used early ammonium nitrogen to get the crop away. Grassweeds were controlled and there was no ergot in the crop.

The crop was harvested after winter wheat but it was all in by early September, despite being held up by some wet weather. Yields in a year which saw a severe spring drought were about 6.5t/ha, but he sees potential for 7-7.5t/ha in future years with kinder weather.

This has encouraged him to increase the area of Belepi, which earns a small premium over feed wheat, at the Chatteris farm from 40ha to 150ha this spring, grown along with Zyatt and Siskin winter wheats.

“The flexibility of the spring wheat has prompted us to more than triple the area at Chatteris to get on top of the blackgrass on our heavy land,” he says.

Mr King says: “The gross margin is clearly going to be higher for a winter wheat but spring wheat is not really replacing winter wheat, it’s replacing a spring crop for strategic blackgrass control. In that sense, the margin would be higher than any spring crop, I’m sure.

He had worried initially about ergot but it was not a problem in 2020, and he found the spring wheat stood up to the weather extremes better than barley, and so he believes spring wheat will have a role to play in the farm’s rotation for the foreseeable future.

“In total, we will be increasing our spring wheat to 180ha this year out of a total wheat area of 410ha, with much of this directly replacing spring barley on the heavier blackgrass land we have,” he says. 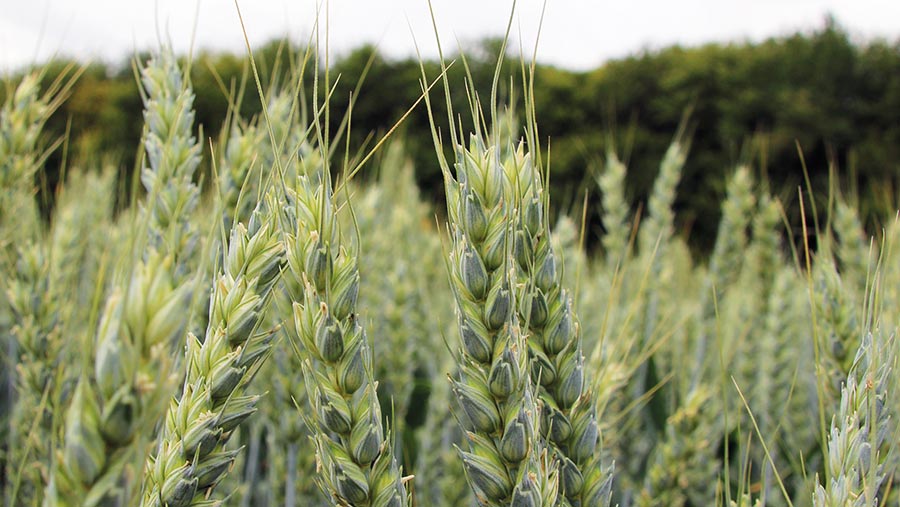 The area of spring wheat has risen in recent years due to an increased interest in spring crops and lengthening rotations, according to independent agronomist Damian McAuley of Indigro.

He says 15-20% of his clients at the agronomy business are growing spring wheat in his area, stretching up the A1 from Bedfordshire through Cambridgeshire and into south Lincolnshire.

One reason for growing spring wheat is the longer interval between break crops with the declining area of oilseed rape, and spring wheat has a very low take all risk compared with successive winter wheats, while also being more profitable than other spring cereals.

“Gross margins should be better than any other spring cereal and perhaps more stable too,” he says. “Depending on yield and soil type, a decent spring wheat should be grossing on a par with a decent second winter wheat.

Management is very similar between spring wheat and spring barley, with fungicide timings at T1 and T2,  and while he might use less plant growth regulator on spring wheat, nitrogen requirements are a little more with levels of 175kg/ha, against typically 120kg/ha for spring barley.

“Yellow rust is perhaps the biggest watch with spring wheat, especially in geographical hotspots – the management of which is relatively cheap and easy. This is however becoming more challenging with the loss of key actives such as epoxiconazole and the threat to tebuconazole,” he says.

Ergot infections needs careful attention, with good cultural control from the outset being the best option. Establish the crop well in good seed-beds to ensure even emergence and as synchronous a flowering as possible, he suggests.

“Beware of fields where ergot has been a problem in the past – the sclerotia can remain viable in the soil for several years so avoid growing spring wheat there or if ploughing is an option, this could be considered after harvest if an infestation occurs,” he says.

The yield potential of winter wheats can drop when crops are drilled into November and December, and this is when spring wheat might be a good option, says John Miles, product development manager at wheat breeder KWS.

“Last season, late-drilled winter wheats did suffer in terms of yield and quality, and for some growers that late winter wheat might be better as a spring wheat,” he says.

The group has bred popular winter wheat varieties such as Extase, Zyatt and Firefly, but also sells high-yielding spring wheats, such as Cochise.

In a small market, many growers often chose from the AHDB Recommended List between Group 1 milling variety Mulika, with a fungicide-treated yield of just 94%, and Group 2 Cochise at 106%.

Both Mulika and Cochise have orange blossom midge resistance, while the top yielding spring wheat on the list is the new Group 4 feed wheat Escape at 107%.

Mr Miles says spring vigour or “get up and go” is a key feature when choosing a variety, but this should not come at the expense of grain yield and quality.