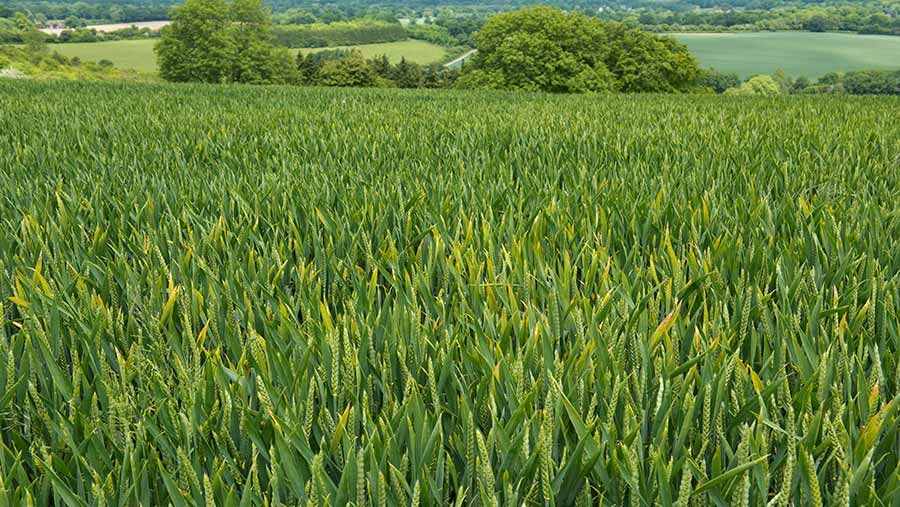 A ban on neonicotinoid pesticides for use on wheat crops threatens a viral disease outbreak which is likely to hit future EU harvests, crop experts say.

In April, the European Commission extended the ban on neonicotinoids to cover all outdoor crops, including wheat, after their use was linked to a decline in bee numbers.

But the NFU disputes scientific evidence for the ban and insists that the decision to widen the ban to cover non-flowering crops is unjustified.

See also: How a neonic ban will affect wheat and cereal growers

Now scientists have predicted that within two years a viral disease outbreak is likely to hit European wheat harvests, leading to a hike in food prices across the continent.

On Friday (16 November), more than 100 delegates from the UK’s governmental, scientific, industrial and farming sectors assembled at Rothamsted Research in Hertfordshire to discuss the impact of the insecticide ban.

They warned that the upcoming ban would leave wheat crops open to attack from aphids that spread barley yellow dwarf virus (BYDV).

Delegates heard that analysis suggests UK wheat yields will decrease by the equivalent of 4.5 million loaves of bread a day because of the ban.

Lower yields could become a regular feature, as a disease-resistant wheat variety could be more than a decade away, said Kim Hammond-Kosack, the conference organiser and a senior plant pathologist at Rothamsted Research.

Dr Hammond-Kosack said: “Our scientists predict that in February and March 2020 farmers will be looking out on virus infected, yellowing fields of winter wheat, and consequently later that year consumers will be buying and eating more expensive foodstuffs made using wheat imports from Canada, America and the Ukraine.”

She added: “With few options to control these aphids, next year could be the last good year for European wheat harvests for some considerable time.”

Currently, no one has tested the UK’s recommended wheat varieties for their resistance to BYDV. It could be more than a decade before a suitable variety becomes commercially available.

Gia Aradottir, an insect specialist at Rothamsted Research, said the neonics ban would see more growers resort to using pyrethroid sprays, which would lead to increased populations of aphids resistant to this chemistry.

“If we have another autumn of high aphid numbers next year, followed by a mild winter, then the outlook for wheat harvests in 2020 could be very bleak indeed,” said Dr Aradottir.