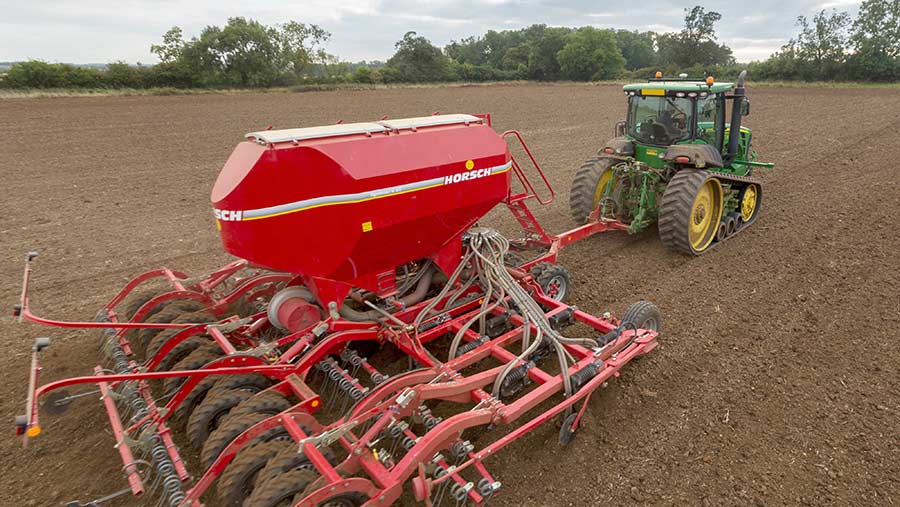 Seed traders are seeing huge demand for spring seed, particularly wheat, barley and beans, as autumn drillers struggle to get crops into the ground in such wet weather.

Barry Barker, national arable seed product manager at agronomy group Agrii, says that with only 35-40% of winter wheat drilled, growers are turning their attention to the spring and enquiring about spring seed.

“There is huge demand for spring seed, especially spring wheat, barley and beans, and I can see we may have to turn to imported barley seed,” he tells Farmers Weekly.

Seed traders are seeing a lot of enquiries from growers about the availability of spring seed, but many say there are only able to take firm orders.

Chris Guest, head of seed at ADM Agriculture, says growers will try to drill seed they have in the barn this autumn, but many may be forced to turn to spring cropping.

“We are seeing an especially good interest in spring pulses, as well as wheat and barley,” he says.

For those with ground dry enough to drill this autumn, Mr Barker suggests choosing winter wheat varieties which do well in the late-drilling slot, such as Skyfall, Zyatt and Siskin.

“These are the varieties which growers would be happy to put in late,” he says.

Mr Guest says that as well as Skyfall, he would advise that feed varieties such as Skyscraper, Shabras and Crispin will do well in the late drilling slot.

Skyfall remains the most popular winter wheat variety overall, followed by Graham, Gleam, Zyatt and Siskin for commercial seed, which accounts for about half the overall seed market, with the other half taken up by farm-saved seed.