Why making the right decisions around the varieties you choose TODAY, will help deliver the highest crop margins TOMORROW and secure greater sustainability for us all in THE FUTURE

Nobody needs telling of the enormous challenge global agriculture faces in the next few years and few will need reminding of the critical role UK farmers will play in balancing future food production with environmental requirements.

As one of the most respected and technically proficient agricultural producers in the world, what we do as an industry over the next 10 years will be seen as a benchmark for many other countries as we all pursue more sustainable food production.

Such a future will inevitably involve less reliance on inputs, more thought about rotations, greater clarity on how we can limit the impacts of our actions on the environment and being increasingly aware of the carbon footprint and energy usage of everything we do.

But it’s equally important that we continue to achieve high levels of production, meet the quality demands of consumers and develop resilient farming systems that will meet the food demands of a rising global population.

This is the very essence of SPP.

In these stories we want to show you the critical role genetics will play in this new agriculture and how the decisions we make at KWS on a daily basis will support you in your future challenges.

Importantly, we also want to show you how the varieties KWS offers today can help you maximise your on-farm profitability and play a key role help in helping you progress your own journey to great future sustainability.

KWS’ latest Group 4 hard wheat KWS Dawsum is set to become the UK’s most popular wheat in the very near future with the best combination of outright yield and specific weight on the market today.

A near perfect combination of high yield, exceptional untreated yield, strong agronomics and real world versatility is making it the number one choice for growers and grain merchants alike, industry insiders believe. 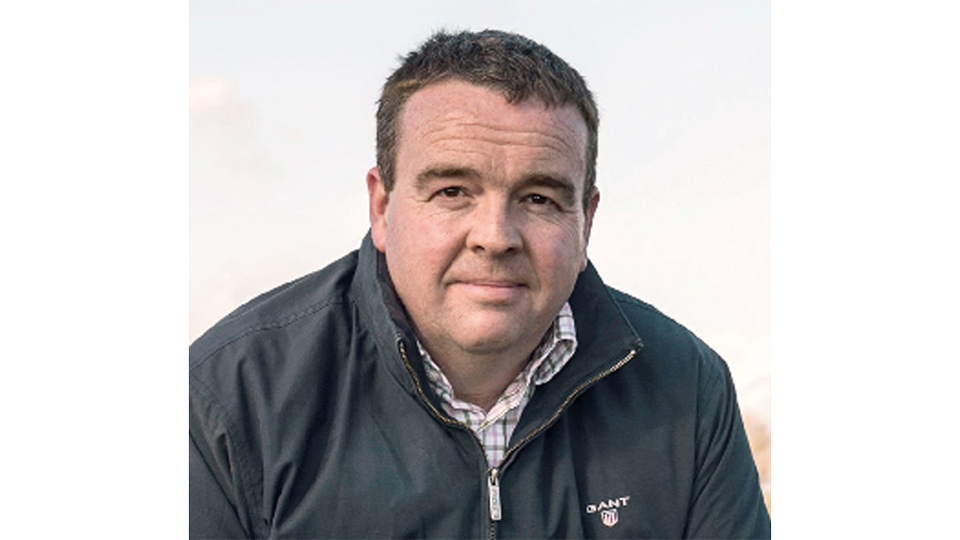 According to Duncan Durno of Openfield, the variety’s RL figures say everything and point to a variety with an ideal combination of features and traits perfectly suited to the challenges of modern wheat production.

“A wide window for drilling, suitability for a variety of sites and soil types from light to heavy plus stiff straw, strong agronomics and, of course, that yield. At 104% of controls it’s only just pipped to the top spot on the 2022/23 RL but that combination of features allied to its high specific weight is really going to make it the grower’s choice when it comes to broad acres.”

“An untreated yield of 92%, just 1% behind KWS Extase – the current RL leader for this – is hugely impressive for a Group 4, especially as the average for the Group is just over 80%. You can see where this is coming from when you see disease resistance scores like an 8 for mildew, 9 for yellow rust, 7 for brown rust and 6.3 for septoria triciti.

“It’s got super stiff straw and even without PGRs it has 8% less lodging than other similarly high yielding Group 4s.

“You can also see this in its performance on both light and heavier soils, in first or second wheat positions and whether it’s drilled in early September or into November.”

Nothing seems to phase Dawsum in terms of production and its ability to deliver high yields in a variety of different growing scenarios, but the icing on the cake is its consistent grain quality, particularly its specific weight, he says.

“At 79.4 kg/hl specific weight and Hagberg Falling Number of 304, that’s matching Costello levels of grain quality but in a more consistent and grower-friendly package.

“That’s going to make it very popular with growers following last year’s problems with specific weight and the resulting loss of income for many and will give them real confidence that it will hold its value even in difficult conditions. KWS Dawsum is probably the best risk management wheat variety there is at the moment.”

Why a good Group 4 is always a safe bet

High yielding Group 4 wheats with strong all round resilience and versatility as typified by KWS Dawsum will remain the most consistently profitable crops over the next 5 years, says James Webster of farm business consultancy The Anderson Centre.

Such varieties will be the backbone of future rotations as the implications of higher energy and input costs start to bite and the drive to cut back on agrochemical use continues, he believes.

“The three stand-out features of a variety suited to such a scenario are high outright yield, optimum Nitrogen efficiency and good untreated yields underpinned by robust disease resistances. High yield potential is still a key requirement as this sets the benchmark for production and it’s not just about tonnes either.”

“High specific weight is increasingly important as is protein content. But high yield potential by itself without the additional traits needed to protect it in the increasingly challenging growing conditions we’re all facing, is unlikely to be sufficient.”

“Vigour, root system, straw strength and disease resistance all contribute to N-efficiency, so again a variety with a full feature set in these areas is likely to be the most Nitrogen efficient option in the future.”

“High untreated yields are a good indicator of a variety’s overall resilience but they are also key when trying to use agrochemicals more effectively, as we will have to in the future as environmental legislation increases and available chemistry becomes less.”

“If you look at varieties such as KWS Dawsum, you will see all these three features working together, which gives them real versatility and flexibility.” 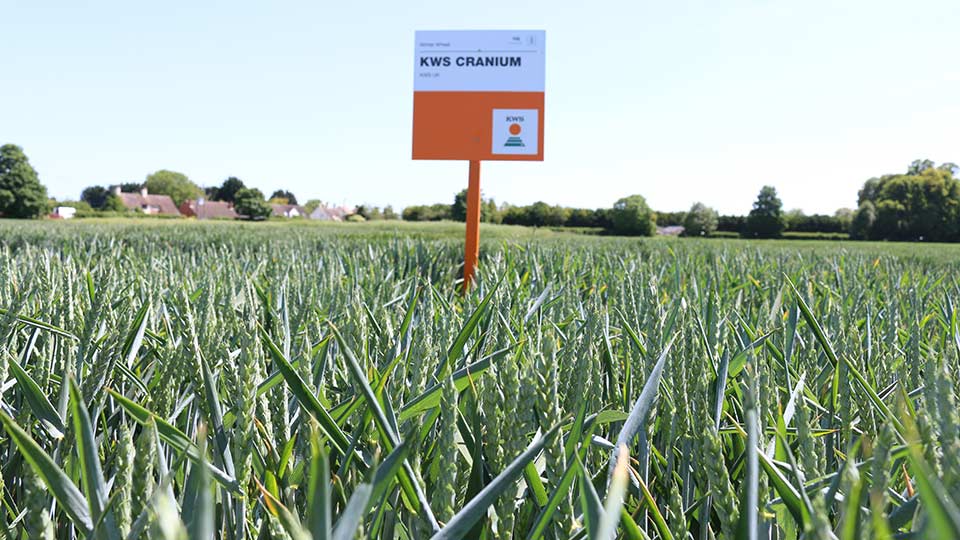 KWS Cranium is a very strong RL-listed player in the Group 4 hard wheat sector including an impressive combination of yield and yellow rust, says the company’s Will Compson.

Additional features such as Orange Wheat Blossom Midge (OWBM) resistance and high yields in the second wheat and late drilling slots underline its class- leading resilience in the face of current wheat production challenges, he believes.

“Recommended for the whole of the UK, KWS Cranium ticks all the boxes for features of high or very high importance in modern wheat production. It’s a great example of our SPP ethos in action.

“KWS Cranium has a yield of 102% of control in the RL, an 8 for Yellow Rust resistance and gets twin 8s for lodging performance, both with and without PGRs, plus a 5.9 for septoria resistance – an exceptional package for a top yielding hard feed type.”

“Over five years of AHDB trials, KWS Cranium has shown exceptional consistency of yield in both first and second wheat slots and on light and heavy land across the UK and performed especially well in the Eastern region where the threat from yellow rust and OWBM is the greatest.”

Importantly, KWS Cranium has seedling resistance to yellow rust, he points out.

“Strong varietal resistance at both seedling and adult stage is an increasingly important feature for growers to factor into their management and KWS Cranium’s robust Yellow Rust protection and high yield potential is a real breakthrough for Group 4 growers.”

“With recent surveys suggesting nearly 70% of producers now plan to drill their wheat in the later slot, KWS Cranium’s speed of development is of huge benefit too, he adds. KWS Cranium is a mainstream sower but also has strong late-drilled performance in the 2022/23 RL producing a yield of 104% of controls in the later drilling position after November 1st.”