Why making the right decisions around the varieties you choose TODAY, will help deliver the highest crop margins TOMORROW and secure greater sustainability for us all in THE FUTURE

Nobody needs telling of the enormous challenge global agriculture faces in the next few years and few will need reminding of the critical role UK farmers will play in balancing future food production with environmental requirements.

As one of the most respected and technically proficient agricultural producers in the world, what we do as an industry over the next 10 years will be seen as a benchmark for many other countries as we all pursue more sustainable food production.

Such a future will inevitably involve less reliance on inputs, more thought about rotations, greater clarity on how we can limit the impacts of our actions on the environment and being increasingly aware of the carbon footprint and energy usage of everything we do.

But it’s equally important that we continue to achieve high levels of production, meet the quality demands of consumers and develop resilient farming systems that will meet the food demands of a rising global population.

This is the very essence of SPP.

In these stories we want to show you the critical role genetics will play in this new agriculture and how the decisions we make at KWS on a daily basis will support you in your future challenges.

Importantly, we also want to show you how the varieties KWS offers today can help you maximise your on-farm profitability and play a key role help in helping you progress your own journey to great future sustainability. 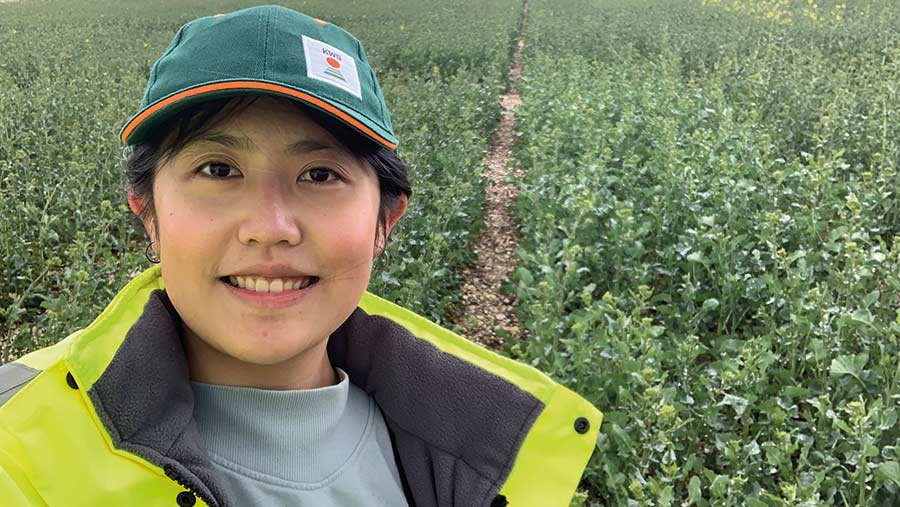 “Conventional varieties have served the company and our customers very well over the last few years. Campus, for example, has been on the market for eight years and although it hasn’t been RL-listed since 2019/20, it’s still one of the top five most popular varieties in the UK.

“There’s always been the feeling in KWS that a really good conventional variety can compete with the best of the hybrids and the idea of farmers being able to save seed and grow it as cost-effectively as possible, has always sat well with us.”

Whilst others have built their portfolios around hybrids, KWS has been a bit more circumspect, she says, but times change and so too do the needs of growers.

“SPP has made us realise we increasingly need to fast-track development of key traits to help growers meet the challenges of the future. Climate change is resulting in more challenging and variable growing conditions for crops and we’re all looking at how inputs can be trimmed in line with environmental requirements and, increasingly, cost reduction.

“Reacting to these changes in a timely way is difficult with conventional varieties simply due the complexity of the breeding process, but issues like improving sustainability in food and farming plus addressing the growing concerns around food security, need quicker responses.

“Increasing yields, improving vigour and building in better disease resilience are increasingly urgent requirements for the whole global food production industry and it is simply much easier to address these with hybrid breeding than conventional approaches.

“We can combine traits more easily, bring them to market in a shorter timeframe and respond much more quickly to the requirements of customers.

“Just two years ago, we would probably have said it takes 10 years to bring a new trait to the market, but now it is much more like 5 years from identifying the need to making it commercially available.”

KWS is now testing hybrids across eight different countries, so the opportunity to share results from multiple sites gives real confidence in the performance of its new material, Pei adds.

“Whilst we’ll use these resources to improve existing traits such as resistances to light leaf spot, phoma stem canker in the shape of RlmS, pod shatter, turnip yellow virus and clubroot, other functional properties such as standing ability are being targeted.

“Improving the resistance and tolerance of new generation varieties to cabbage stem flea beetle (CSFB) and its larvae are also on the agenda.

“We are focusing on two distinct breeding programmes: Maritime and Continental. The Maritime programme is largely focused on countries like the UK and France and will be looking more at increasing vigour, achieving better establishment and building disease resistance.

“The Continental one, which is based more on countries such as Germany and Poland, is centred around maximising oil content and how resistance to flea beetle can be achieved. We’re seeing some very promising signs across Europe now and starting to identify lines that definitely have better CSFB tolerance than others.

“The next challenge is to identify the genes that are contributing to this.”

Ironically, the better growers have got at establishing oilseed rape to help it grow through attack from the beetle in the autumn, the greater the threat of larvae is the following spring, she says.

“The more robust the plant is the more tolerant it is to CSFB larvae attack and we’ve got some good germplasm coming through now and commercial varieties with these being launched across Europe.

“As with disease resistance in wheat, early examples of varieties with breakthrough traits often carry a yield penalty, but look where we are now with varieties like KWS Extase that combine the highest yields with unrivalled levels of disease resistance.

“The same thing will happen with oilseed rape. We’re confident that very soon we will have tolerant varieties that have much lower infestations of larvae in the spring with the same high yields as other hybrids.”

Campus oilseed rape has produced over £0.5 Billion of revenue for UK growers since its RL listing in 2014/15 with plantings for 2022 harvest showing no let-up in its popularity, report KWS UK.

Analysis of AHDB trials shows the variety has the highest equal gross output of all conventional varieties in 2021 underlining its ongoing success with growers despite being taken off the RL in 2019/20, says the company’s oilseed rape specialist Julie Goult. 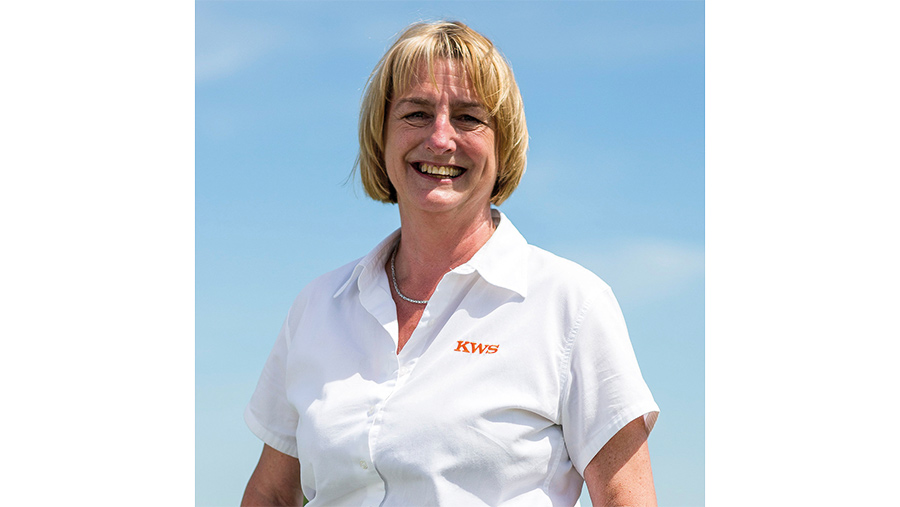 “Campus continues to perform over and above other options which is why it is still one of the top five most popular varieties in the UK. Whilst other conventional and hybrid varieties have dropped off over the years in terms of performance, Campus has remained stable.

“Since its commercial launch now eight years ago, Campus has maintained a gross output of 103% fairly consistently, significantly more than its competitors over the same period and not far behind the peak yields of the best hybrids in the occasional high output year.”

Combining Defra average yield data with KWS’ known area of the variety grown in each year and using average prices for these, shows Campus’ enduring popularity producing some remarkable results, she explains.

“Campus has contributed £523 Million of revenue to British farmers since its launch and shows no signs of stopping. Over the last year three years it has averaged nearly £70 Million/year and this next year will not be too far behind this.

“It’s also worth bearing in mind these figures are based on UK average yields, rather than Campus’ likely higher yields, and exclude any oil bonuses.

“If you factor in a conservative 5% yield advantage alongside an oil bonus of 7.5% for an average oil content  of 45%, the total value of Campus to the UK could be closer to £600 Million since its launch.” 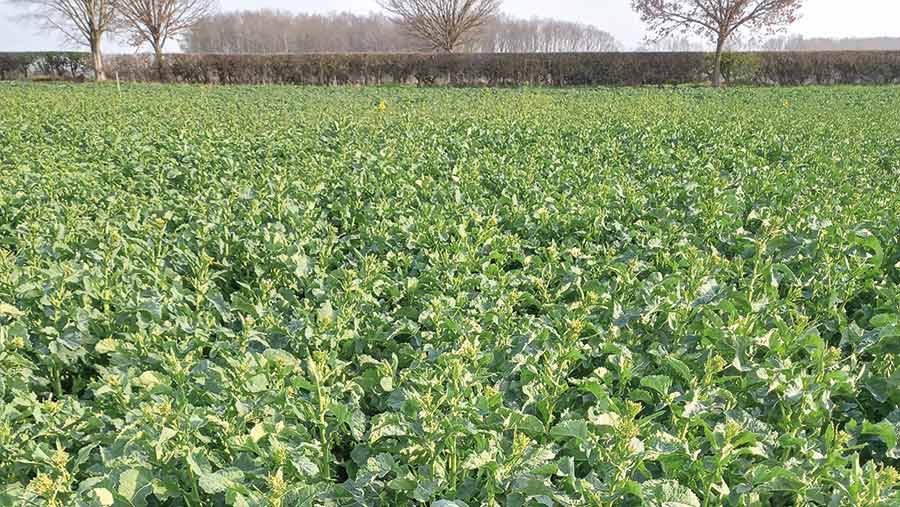 The first output of the KWS hybrid breeding programme can be seen in the varieties KWS Granos and Hanneli, both of which are candidates for addition to the RL in 2022.