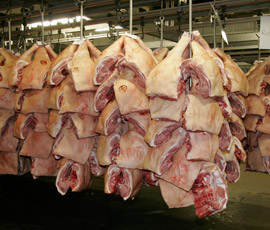 International pork prices are set to remain firm for the remainder of year, supported by demand over the Chinese festival season.

Values were extremely firm during the third quarter of the year, with most major producing regions including Brazil, China, Canada and the EU up by more than 10% on the previous quarter and the US up 5%, according to a report by analyst Rabobank.

Limited growth in sow numbers showed farmers were cautious about expanding production in almost all regions, it added. “Despite the positive prospects with regard to feed prices, farmers first want to regain the lost margins of the past few years before expanding production.”

Declining feed costs would support slow herd rebuilding, boosting pork supplies and potentially lowering market prices next year, said the report. “However, the price slide will be slow due to the limited growth of sow numbers, the continuing demand growth in Asia and still relatively high feed costs.”