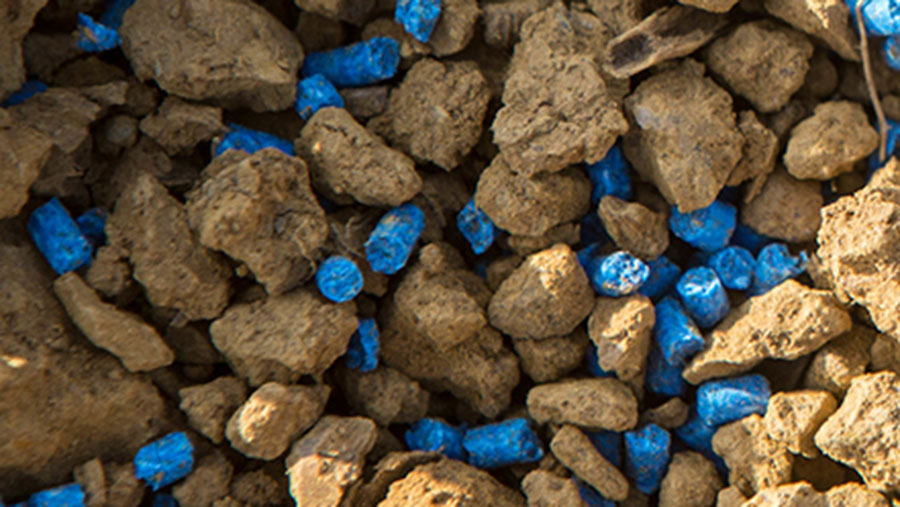 Metaldehyde pellets can prove an expensive problem for the water industry if they are washed into watercourses because the pesticide is difficult to remove from drinking water supplies using current treatment methods.

Severn Trent is running a voluntary “product substitution scheme” for farmers in the Derwent catchment area in Derbyshire who have traditionally used metaldehyde-based slug pellets.

Growers who are accepted on to the scheme before 31 August 2017 will be paid £8/ha on their winter oilseed rape and winter wheat crops if they agree to use ferric phosphate products for slug control.

Kate Snow, spokesman for United Utilities, said the company was offering a 50% discount on the price of ferric phosphate pellets to eligible farmers.

“Good progress has been made in recent years to reduce the amount of metaldehyde getting into to watercourses but more can still be done,” she said.

“Ferric phosphate pellets are just as effective as metaldehyde pellets, and easier to treat, which is why we’re hoping more farmers will use them by offering 50% off the price.”

She added: “And if farmers have already bought metaldehyde pellets it’s not too late, we can help them make the switch at no extra cost.”

Farmers can find out if they’re eligible for this offer by contacting the appropriate catchment adviser:

United Utilities staged an online “reverse auction” in June, where Cheshire farmers were awarded a total of £20,000 to cover the costs of growing cover crops in order to improve water quality.

The company said 12% of eligible farmers took part in the auction, submitting individual bids to grow a range of crops including barley, oats, oil radish and turnip rape.

The aim of the auction was to help farmers, who have land around seven boreholes where United Utilities extracts water, to plant cover crops to take up nitrates and prevent them from leaching into the groundwater over the winter.

“Many farmers who took part said that this auction gave them the incentive to try a new land management technique that they had been considering for some time,” said a spokesman.

“The soils in the area can be very sandy and cover crops are a good way of improving the organic matter in the soil which in turn helps retain nutrients that subsequent crops can then use.

“We’re planning to run an arable reversion reverse auction this winter and repeat the cover crop auction next summer.”