Joint ventures and partnerships could be the way forward for farms looking to convert losses into profits, writes Louise Impey.

Minimising losses rather than maximising profits has become the norm for some farm businesses. In such cases, it might be time to look at working together for mutual benefit, suggests Gary Markham of rural tax and accountancy specialist Land Family Business.

“Some growers are locked into a system,” he says, likening this to a treadmill.

“Labour and machinery must be kept working, every productive area has to be cropped, the farmed area has expanded by paying key money and yield is king, but the business has to be supported by EU payments.”

Even the best performers are losing £24/ha from growing crops, according to 2016 results from the Rural Business Survey.

The results also show a significant difference in labour and machinery costs, not only between the top and bottom 25%, but an even greater difference where syndicates are operating, he says.

“Syndicates, or sharing arrangements, have labour and machinery costs that are £186/ha below the average. They spread their fixed costs over a larger area, but also fare better on scrutiny and accountability.”

“Each joint venture is unique and the operational basis can vary, but the common factor is that the members are all working towards a similar goal,” says Mr Markham. 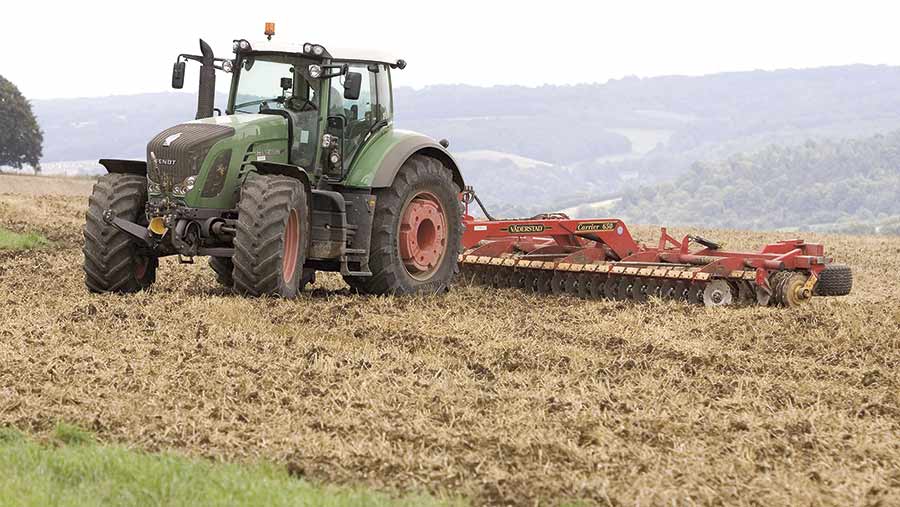 He favours a machinery syndicate/share farming combination. “In any potential joint venture discussions, it’s important to get the people right and to allow a 12month lead-in time for tax planning.”

That’s because a limited liability partnership will often be the best way to allocate costs associated with shared cropping and minimise tax obligations, so a separate legal entity is usually set up as a machinery and labour cost centre.

“The parent businesses remain as businesses in their own right but all share their cropping. The cost centre acts as an agent for all the inputs required to produce that crop.”

This approach avoids any conflict about timeliness with field operations, as each farmer owns a percentage of the total crop. It doesn’t matter where the combine is or which field is drilled first.

It’s not just the financial situation that improves. Different skills are available, new projects are possible and younger members of the team can be trained to take over day-to-day management.

“Life becomes fun again. Succession can be planned, time can be freed up and ideas flow,” says Mr Markham.

He emphasises that the friendship and fun element has allowed him to enjoy farming again – something he had found increasingly difficult to achieve when he was managing the 607ha family farm on his own.

In February 2003, he sat down with his neighbours to explore how they might work together. With 1,618ha in total, each was finding it tough and all had serious concerns about the long-term future of their businesses.

“We had to do something,” admits Guy. “The land isn’t great, so yields were limited and our costs were rising. We were also working very hard, yet we were hampered by a lack of cash to re-invest in our businesses.”

They agreed to pool their arable land and were advised to sell their machinery and start afresh. “By Christmas, we had made huge progress and the machinery sheds and nettles on our farms were almost empty.”

The joint venture was set up as a limited liability partnership to operate as a contract farming business, providing labour and machinery operations to the three parent businesses.

To start, the parent businesses lent money and machinery to HBH Farming, with shares split according to the initial land holding and cash input. 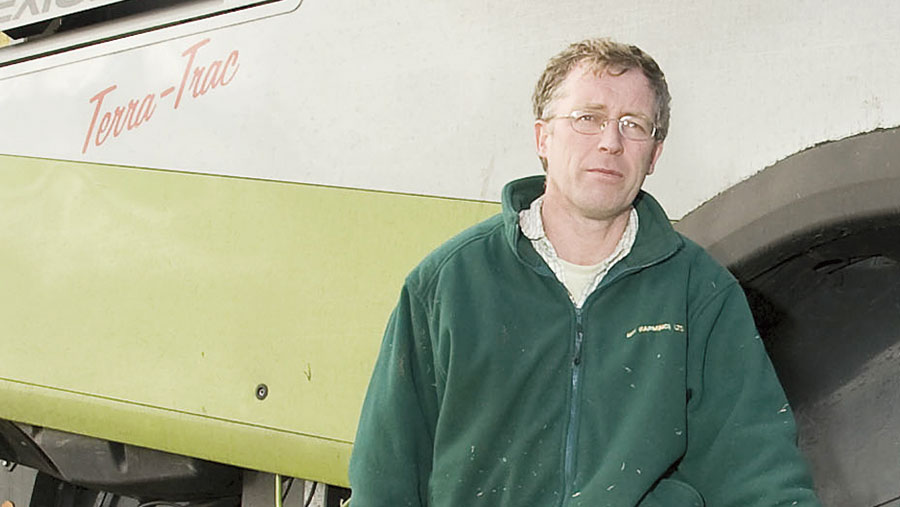 At that stage, staff continued to be employed by the parent businesses, with all the work costed and charged back. Machinery was bought with five-year service agreements, all on monthly payments, and they negotiated with machinery dealers as one business.

“Straight away, the new arrangement introduced rigour and financial discipline. We held monthly board meetings, involving all family members, and there was no overdraft. It was a whole new world.”

Since then, the benefits have gone far beyond the cost savings from efficiency gains, says Guy.

“We’ve got more time, both for management and for ourselves, which has given us the ability to take on interesting new projects, such as an AD plant, and have time away from the farm.

“The business is now properly capitalised, so we can afford the best machinery and equipment. Our staff are happy, we can utilise family skills and ideas from outside farming and there’s no pressure on the next generation to become farmers.”

At the same time, there’s clear succession for all the partners as well as security as they get older or become unwell, he points out. “The land holding remains robust, which is important, as contract farms can come and go.”

The efficiencies mean that they operate 0.65Hp/ha and their total cost, including management time, from first cultivation to loaded lorry is £292/ha.

Today, HBH Farming comprises 12 holdings, with the workforce now employed directly by HBH, with everyone paying a contract fee. The business has recently appointed a farm manager.

“The personalities involved in a joint venture are important,” says Guy. “But more than that, you must all want to go in the same direction. You must think about the big numbers, not the small ones.”

HBH Farming – why it worked

A huge reduction in overhead costs is just one of the achievements of Brixworth Farming Company in Northamptonshire, which has been a joint venture farm contracting business for the last 17 years.

By 2014, operating costs were down to £331/ha and for the last four years have been more than £100/ha below the average. Today, the company spends just £50/ha on maintaining its slimmed-down machinery fleet.

Apart from economies of scale, the business has been able to improve yields across the 1,954ha of shareholder crops, free up buildings for diversification, add value to crops and develop a young, professional team.

There are five equal shareholding farm businesses, as well as some contract farming agreements. The seven-strong board of directors meets quarterly to set strategy, monitor and benchmark performance against budget and delegate day-to-day management.

All commercial crops are pooled and backed up by premium contracts, with block cropping across ownership boundaries to keep things simple.

“We operate like a farm management company,” explains managing director Charles Matts. “Common to all crops is the agronomy, soil management, input purchasing, crop storage and marketing, with the latter managed to suit cashflow requirements. 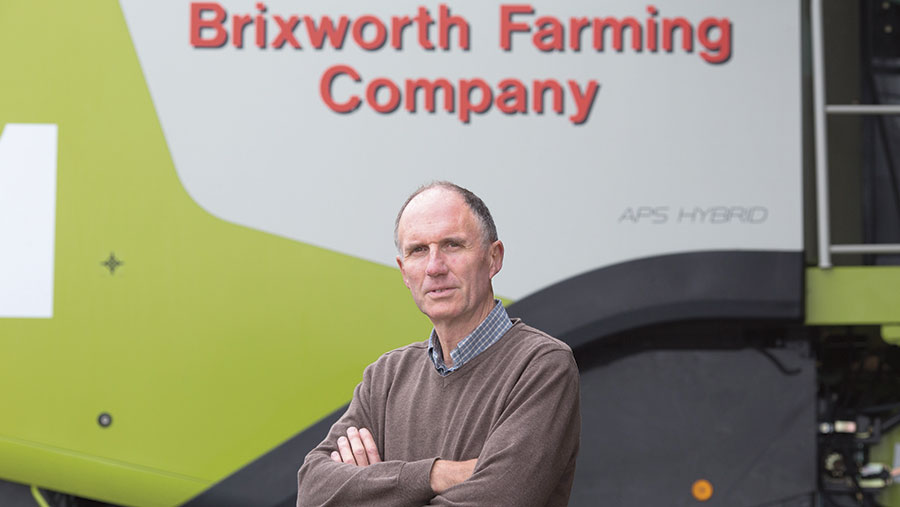 Although the crops are pooled, they still belong to the individuals. The costs of running the company are paid pro-rata according to cropped area, with loan capital being provided in the same way.

Back in 2000, Charles sat round a table with four other farmers to discuss the potential for a joint venture. Three of them took the plunge, after a feasibility study showed that the saving they could make by working together was greater than any profit that any of them had ever made.

The following year, a fourth farmer joined as a shareholder and the business took on some contracting work. Further expansion took place in 2005 and 2007, when another shareholder added 1,000ha, with more land coming under Brixworth’s management subsequently.

“We’re a collaborative group that collaborates with other farmers too,” comments Charles.

The operation has an efficient harvest-to-store delivery system, benefitting from huge economies of scale. Joining the LEAF Marque scheme has added £15/t to oilseed rape values, while a written black-grass strategy is working to reduce weed numbers.

“The next stage with this is to recover some of the efficiencies lost through firefighting blackgrass – for example we currently have three drills.”

Being part of a joint venture has other advantages, he believes. “It frees up your time, introduces a buzz factor and lets you take on the role that most suits your abilities and aspirations. It’s a more professional approach which allows us to make better use of technology and move forward with succession.”

All the contributors were speaking to Farmers Weekly at AHDB Monitor Farm winter  meetings in Leicester and Sittingbourne.