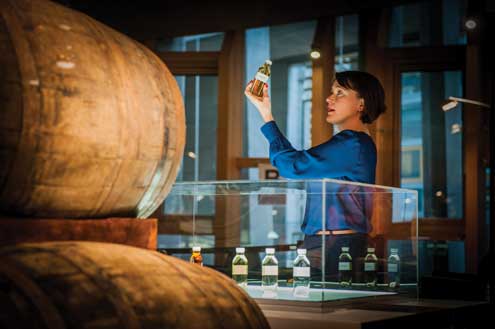 Scotch whisky is enjoyed in more than 200 countries across the world, with distilleries buying more than £200m worth of cereals to produce the golden spirit.

And without farmers growing barley and wheat – blended spirits are made with a mix of the two, while single malt is made with 100% barley – the industry would be without its key ingredients.

“Farmers are critical to the success of Scotch whisky,” says Julie Hesketh-Laird, director of operational and technical affairs at the Scotch Whisky Association.

“Cereals are the biggest raw material and one of the major costs to the industry. It’s critical that we get the volume and quality we require – farmers are at the heart of that.”

As distilleries expand – about 80-90m litres of capacity has gone online in the past few years and 20-30m litres more are planned – the demand for good-quality cereals is set to grow, she adds.

Although regulations don’t stipulate that the grain used has to be Scottish, figures from 2010 show 88% of the barley used for Scotch whisky production was sourced from Scottish farmers, adds Ms Hesketh-Laird.

In the past, malting was done in-house, but due to the large scale of the industry, the majority of barley is sourced and malted via maltsters, who then sell the malted grain on to distilleries.

Scottish maltsters work close to capacity, buying 9,000t of barley a year – with 85% destined for distilling – so any extra has to be imported as malt from England or continental Europe.

“High protein gives us problems in distillation. This is why we want low nitrogen so we get more whisky yield. We want a barley variety with little dormancy. Really we want a barley to get malting straight away,” he says.

Alan Winchester, master distiller at Glenlivet, explains: “The lower the nitrogen [in the grain] the more sugar is available to use and that produces plenty of alcohol. We ask the maltsters for barley samples and we will accept a nitrogen range.”

Both Mr Winchester and Mr Cruickshank say the key to continued supply of their vital ingredient is ensuring farmers retain an attractive premium for growing malting barley.

The world’s first fully-certified organic single-malt whisky was produced in 2006 at Benromach – the smallest distillery in Speyside.

The distillery in Forres has had various owners since it first opened in 1898, but fell victim to a period of overproduction in the 1980s when it was forced to shut. However, in 1993 it was bought by its current owner, malt whisky specialist Gordon & MacPhail, and it reopened in 1998.

All barley is sourced from maltsters except for organic grain, which is sourced directly from local producer Gordon Morrison of Auchlunkart Home Farm, Keith, Moray.

Mr Morrison grows about 34ha of organic barley on his 190ha farm, with 55t contract grown for Benromach, and the remainder fed to his 100-cow Limousin herd.

He says the close relationship with the distillery means they can stipulate what varieties they want him to grow and he is willing to accommodate that.

“For us up here [in Moray and Speyside] everybody is involved in whisky. Let’s face it, if the whisky industry greatly reduced capacity or collapsed, there would be a lot of farmers concerned that prices would drop,” he says.

From a production point of view, distillery manager Keith Cruickshank says sourcing direct from the farmer cuts out the middleman and means he knows exactly where the barley has come from.

As with cereal yields, whisky yields from organic barley are lower, he explains. Mr Morrison’s 55t of barley equates to about 40t of malt.

Generally one tonne of malt produces 415 litres of alcohol; for organic, this is reduced to 400-405 litres.

“If the farmers are not making money from it they will stop growing it – we need to make sure they make a premium,” he adds. 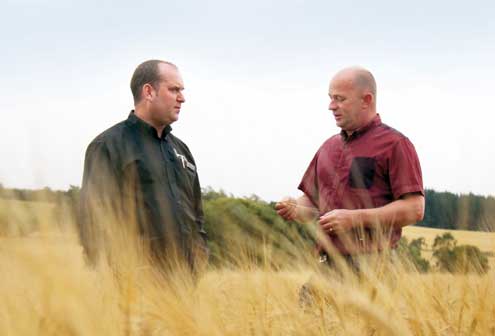 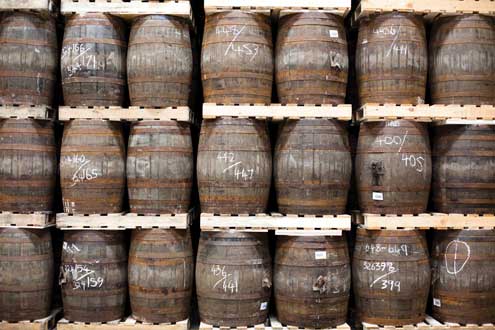 Growing: Special malting barley varieties are grown and harvested on farm. These have been bred for specific traits such as low dormancy and good germination ability. Popular varieties include Concerto, Propino and Tipple.

Malting: Barley is malted at a maltster, although this was traditionally done at the distillery. This process involves steeping the grain in water and allowing it to germinate. During this process the barley begins to sprout – this is stopped by drying the barley in a large oven, sometimes with burning peat, to give the whisky a smokey flavour.

Mashing: The malted barley is then brought to the distillery and ground in a mill, with the crushed grain or grist, as it is known, mixed with hot water in a mash tun. This process creates a sugary liquid known as wort, which is then turned into alcohol. Remaining solids are removed for use as livestock feed, known as distillers’ grains or draff.

Fermentation: The wort is passed into large vessels, known as washbacks, where it is fermented by adding yeast. This process creates a liquid known as wash with around 8% abv (alcohol strength).

Distillation: The wash is distilled twice in copper pot stills, once in the wash still and once in the spirit still. The process involves heating the liquid so the alcohol vapours rise and pass over the head of the wash still before being guided through condensers and returning to liquid form. This creates a spirit called low wines, which is directed to the spirit still, where the distillation process is repeated. Only the heart of the run – high-quality usable spirit – is collected in the spirit safe. This is known as new-make spirit. The beginning and end parts of the run are excluded – these are known as four-shot and faints.

Maturation: New-make spirit is poured into oak casks – these are generally casks that were previously used for bourbon or sherry production. The whisky is then left to mature – evaporation of alcohol through the casks is called the angels’ share – for at least three years to become a single malt. During the maturation process, whisky develops further flavours and its golden colour. 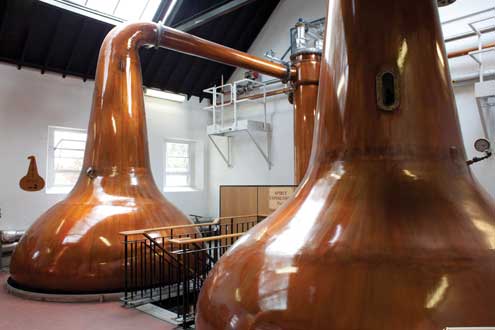