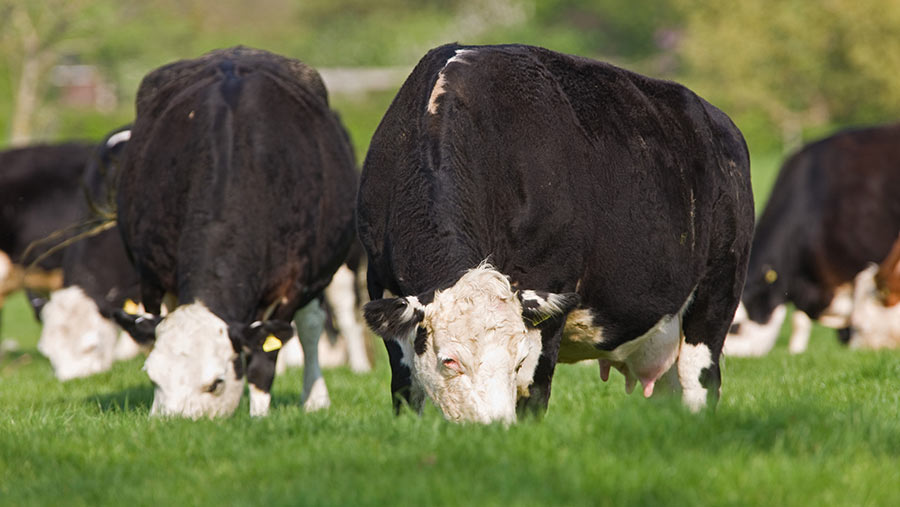 The new National Food Strategy represents a “clear milestone” as the government has finally recognised the importance of domestic food production, according to NFU president Minette Batters.

The strategy (PDF) has received a mixed reaction since it was published on Monday 13 June, a year after restaurateur Henry Dimbleby’s independent review of England’s food system prompted the government’s latest document.

Mrs Batters told an audience at the Sustainable Food Trust (SFT) conference in Gloucestershire on Wednesday 15 June that the strategy was “words at the moment”, but the policy must now be developed.

She said it was right that the government had reacted sharply to the global situation, including the Ukraine war, and recognised the value of domestic food production.

Until now, the government had legislated on trees, nature, massive commitments on green energy and building, but food production had been “the poor relation”.

“Is this a game-changer in the policy thinking?” she asked. “I hope so because it needs to be.”

Defra’s document commits to supporting farmers to broadly maintain the current level of food that is produced domestically, and boost sectors where there are the biggest opportunities, such as horticulture and seafood.

Currently, the UK produces 60% of domestic food by value, which rises to 74% of food that we can grow and rear in the UK.

Mrs Batters said the strategy also contained good commitments on growing more of our own fruit and vegetables and sourcing more local food in the public food sector.

The question now was what this would all mean for small family farmers and how the commitment on food production would change the government’s thinking on its Environmental Land Management (ELM) scheme.

What the strategy says

The strategy repeats its pledge to guarantee funding for UK agriculture at the same levels for the life of this parliament. Other plans include:

But Mr Dimbleby said there were “big gaps” in the contents of the strategy. The most interesting part was the commitment to produce a land use framework next year, he said, which was “fundamental” to the future policy development of ELM.

He said it was “disappointing” that the final version of the Food Strategy had removed a commitment in the draft copy circulating last weekend, to give different tariffs for imported beef not reared in an environmentally friendly way, such as on deforested land in the Amazon rainforest in Brazil.

Lord Deben, chairman of the UK government Committee on Climate Change (CCC), was highly critical of the document, arguing that it was “not a strategy” and did not address any of his committee’s issues. He also doubted whether ministers would deliver its targets.

Defra farm minister Victoria Prentis told Farmers Weekly: “Our Food Strategy sets our plan for a food system that is fit for the future. We are committed to providing a world-class, sustainable food sector that supports farmers and growers across the country.”

The Sustainable Food Trust published its own landmark report this week, Feeding Britain from the Ground Up – the charity’s roadmap for an alternative food and farming strategy.

The study suggests that grass-fed beef and lamb would become the staple meats if the UK switched to sustainable and regenerative farming practices.

However, this would mean much less meat produced from grain-fed livestock, such as chicken and pork.

In her own words – Victoria Prentis

“Food is central to my personal and political identity. Both the pandemic and the ongoing war in Ukraine have driven home how important food is to all of us.

“For example, we have a 25-year-old woman from Ukraine who has moved into our home. Her grandparents live in occupied Kherson and the phone conversations we have about what they can find to eat are very sobering

“We are incredibly fortunate that, thanks to the hard work of our farmers, we are able to grow so much of our own food in this country. Our food producers work tirelessly to make sure that we can all eat well, and that work is something I am immensely proud of.

“Food security is at the heart of our Food Strategy, and we are committing to broadly maintaining the current level of food that we produce domestically. We also want to boost production where there are the biggest opportunities – such as horticulture.

“But protecting food security isn’t just about maintaining production. We also need to be taking advantage of the latest technology to boost productivity, such as through our upcoming Horticulture Strategy and investing £270m across the Farming Innovation Programmes until 2029.

“I understand the farming industry is facing more than its fair share of challenges due to the impacts of the war in Ukraine and recovery from the pandemic.

“We have already announced some measures to help with mitigating these challenges, but our Food Strategy goes further in tackling other difficulties facing the sector.

“We are commissioning an independent review to tackle labour shortages in the food supply chain, we are extending the Seasonal Worker visa route to include poultry, and we intend to use grant support to help farmers invest to improve their profitability and increase their agricultural output.

“We won’t tell farmers what to invest in; we will support the investments that they judge to be right for their own businesses.

“Our Food Strategy sets our plan for a food system that is fit for the future. We are committed to providing a world-class, sustainable food sector that supports farmers and growers across the country.”