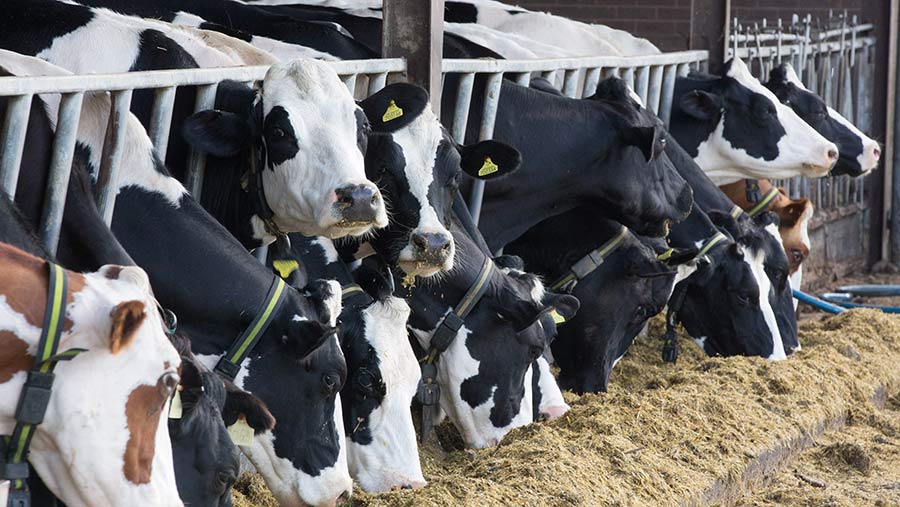 A Dutch nutrition company has been granted EU marketing approval for its novel methane-reducing feed additive.

Royal DSM said the decision paves the way for the Bovaer product to “revolutionise the dairy market”.

According to the company, just one-quarter of a teaspoon of Bovaer fed to a dairy cow daily will consistently reduce enteric methane emissions released into the atmosphere by cows burping by about 30%, enabling a 10-12% reduction in greenhouse gas emissions for every kilogram of milk.

See also: Methane-reducing feed additive to be produced in Scotland

The feed additive has been deemed safe for use without affecting the quality of dairy products and is the first of its kind to be available within the EU which can reduce methane emissions.

Stella Kyriakides, EU commissioner for health and safety, said: “Cutting farming-related methane emissions is key in our fight against climate change and this approval is a very telling example of what we can achieve through new agricultural innovations.”

Bovaer has been trialed on nearly 50 farms in 14 countries across four continents.

DSM has partnered with dairy companies to prepare for wider use of the feed additive, and is building a new production plant in Scotland, at its existing site in Dalry, Ayrshire.

DSM co-chief executive Geraldine Matchett said: “We are extremely proud that, after a decade of research, trials, and value chain collaboration, its potential has been recognised with this historic market approval.”

The nutrition company said there was “no time to lose” when it comes to mitigating climate change and that it looked forward to working with farmers and dairy companies in Europe who “share our eagerness to act”.

In September 2021, DSM received full regulatory approvals for Bovaer in Brazil and Chile for use in beef, dairy, sheep and goats.

More than 100 countries, including the UK, have signed up to a Cop26 initiative to reduce methane emissions by 30% by 2030.