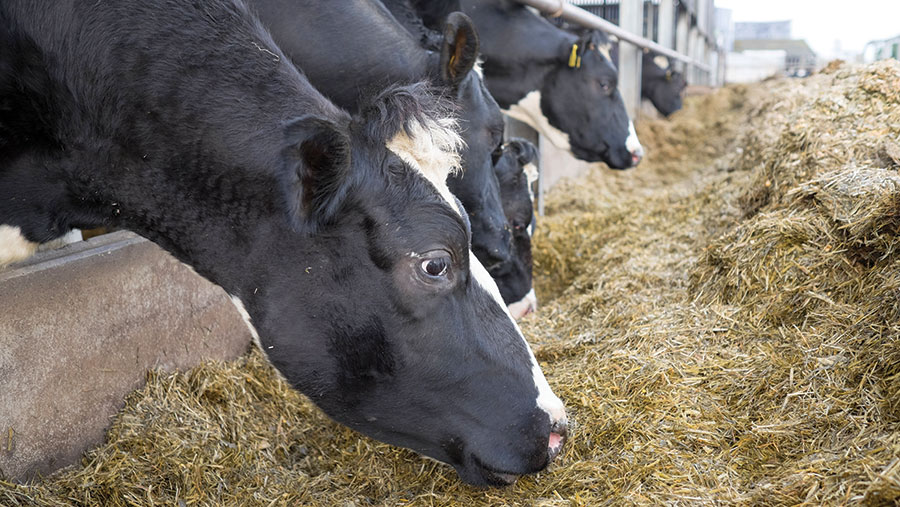 A Dutch nutrition company has announced plans to invest £100m in Scotland, including developing a new feed additive that reduces methane emissions in ruminants by 30%.

Royal DSM announced at the COP26 summit it is planning large-scale production of its novel feed additive for ruminants, Bovaer, at a new plant at its existing site in Dalry, Ayrshire.

According to the company, just one-quarter of a teaspoon of Bovaer fed to a dairy cow daily will consistently reduce enteric methane emissions released into the atmosphere by cows burping by about 30%, enabling a 10-12% reduction in greenhouse gas emissions for every kilogramme of milk.

For beef cows fed the additive up to 90% reductions in methane emissions have been recorded.

World leaders from more than 100 countries, including the UK, have signed a global methane pledge at the Glasgow summit to cut methane emissions by 30% by 2030.

Reducing methane emissions is considered crucial to reach the Paris Agreement target to limit global warming by a maximum of 1.5C above pre-industrial levels by the end of this century, especially since methane’s warming effect is shorter-lived, and much more potent than carbon dioxide’s.

DSM has initial commercial product volumes available for near-term market development. To prepare to further scale up in the next few years, engineering for a new large plant in Dalry has started, and it is due to open in 2025.

The investment, which has been supported by Scottish Enterprise, will safeguard 300 jobs at the Dalry site and create a further 30 or so vacancies. It will also create 100-150 construction jobs.

Scotland’s first minister, Nicola Sturgeon, said: “Methane-reducing feed additives are a crucial part of the solution that the agriculture sector needs to deploy to achieve our climate ambitions.

“This multimillion-pound investment will make Scotland the home of this innovative product and highlights that Scotland is leading the way in delivering a net-zero future.”

Scottish Enterprise’s managing director, Linda Hanna, added: “Royal DSM’s Project Bovaer has the potential to be a game-changer for the world’s net-zero ambitions, and I am delighted that Scotland was chosen as the ideal location for this project.”

In early September, DSM received full regulatory approvals for Bovaer in Brazil and Chile for use in beef, dairy, sheep and goats. DSM has filed for registration for market use in Europe.

Morrisons is funding a three-year experiment with Queen’s University Belfast to see if feeding cows seaweed can reduce the amount of methane they emit.

British beef farmers supplying Morrisons will facilitate the farm trials on UK farms using seaweed sourced from the Irish and North Seas as a feed supplement.

A second project, led by Irish agency An Teagasc, will monitor the effects of seaweed added to grass-based silage in farm trials involving dairy cows in Northern Ireland from early 2022.

Research in Australia and the US found up to 80% reductions in methane emissions from cattle given supplements from a red seaweed variety.