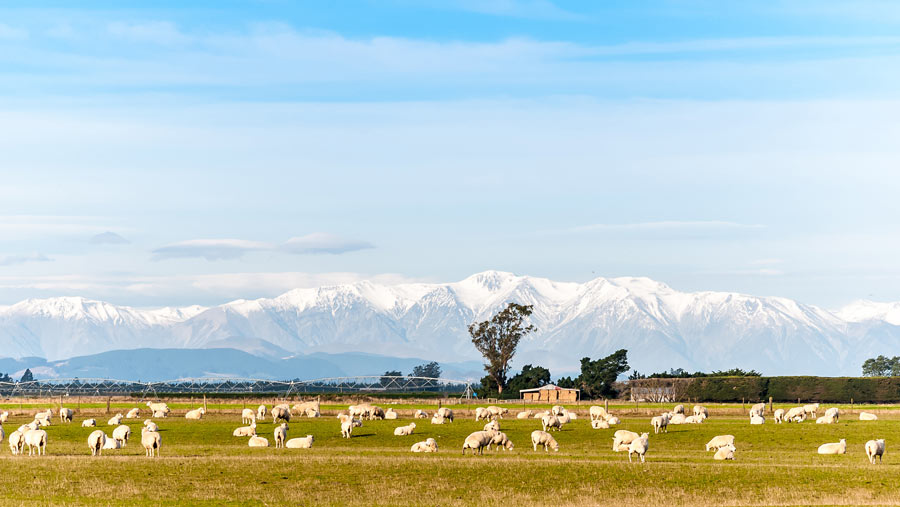 British farmers fear they could be undercut and their livelihoods put at risk by cheap food imports in a post-Brexit trade deal with New Zealand.

It is understood that a deal set to be agreed next week between the UK and New Zealand governments would cut all import tariffs on NZ agricultural goods.

This would allow New Zealand producers much greater access to sell their beef, lamb, dairy and wine into UK markets, in a deal that would be similar to the free trade agreement recently signed with Australia.

The NFU said it supported the UK government’s stated objectives in its trade negotiations – to secure broad liberalisation of tariffs on a mutually beneficial basis, considering UK product sensitivities, including in agriculture.

However, the NFU and its members have concerns over the potential impact of trade deals that eliminate all tariffs on imports from the biggest agricultural exporters in the world, including New Zealand.

An NFU spokesperson said: “It is vital the UK government approaches all its negotiations with countries including New Zealand, the US, Canada and Mexico – all major agricultural producers and exporters – on their own terms and ensure that future deals balance access to UK agricultural markets with at least the same level of opportunities for British agri-food exports.

“The cumulative effect of these deals could have a major impact on UK farming and, handled badly, it may become impossible for some of our farm businesses to continue to compete.”

Negotiators are locked in final talks with New Zealand on a deal that would ditch tariffs and increase business ties. Trade in goods and services between the two countries was worth more than £2.3bn last year, and it is expected to increase significantly as a result of a wide-ranging trade deal.

Liz Webster, spokeswoman for the lobby group Save British Farming, warned that the UK government was “opening our country up for New Zealand to benefit”.

The Farmers’ Union of Wales (FUW) warned that this trade deal and others in the Trans-Pacific Partnership area would expose UK farmers in the future to potentially very cheap imports with no way of controlling their volume or price.

FUW vice-president Dai Miles said: “Reciprocal trade will be restricted to very niche and specialist goods, and with a population on the other side of the world that’s lower than that of Scotland and just 7% of the UK population, opportunities in New Zealand [for UK exporters] are extremely limited.”

Phil Stocker, chief executive of the National Sheep Association, said: “There is a danger that the NZ trade deal is being progressed at a time of prosperity in the British sheep sector, yet you only have to think back three or four years and people would be far more sensitive to the dangers.

“Given that trade liberalisation is central government policy, the most important issues will be ensuring tariff-rate quota volumes that have minimal disruption on our domestic market, such as not allowing total volumes to be met by a small number of specialist products, and having a monthly licensing system to avoid seasonal oversupply.

“I would also warn that we don’t take our focus away from building strong relationships with our home market.”

A government spokesman said: “British farming is at the heart of our trade policy. Any deal we sign will include protections for the agriculture industry and we will not compromise our high standards.

“Our Free Trade Agreement with New Zealand is a gateway to joining CPTPP [the Comprehensive and Progressive Agreement for Trans-Pacific Partnership], a £9 trillion free trade area of half a billion consumers, which would open new opportunities for our farmers to sell to some of the largest and fastest-growing markets in the world.”