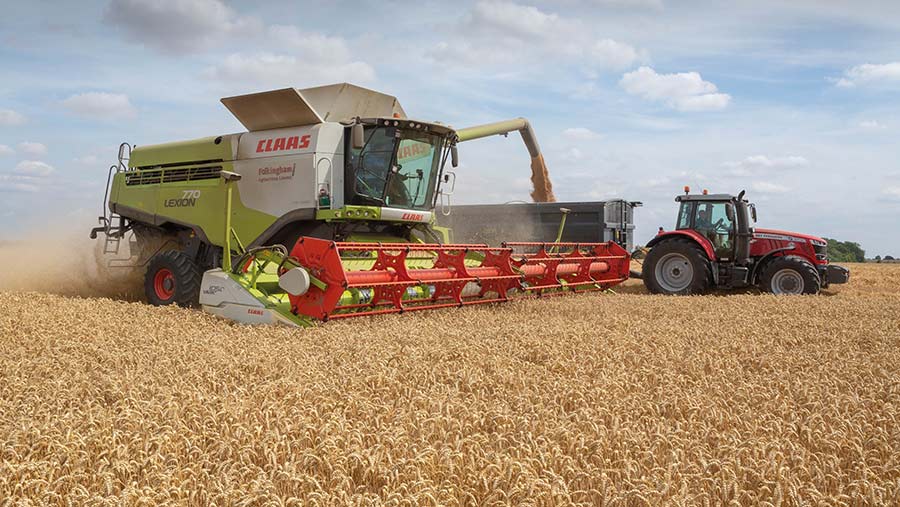 Farmers looking to exploit new opportunities, introduce greater flexibility and make their businesses more resilient should consider collaborating as a route to a more productive future.

Joining forces with other farmers and growers is a proven way of reducing costs and increasing efficiency, while adding the new skills and expertise that are required by progressive businesses.

For some, sourcing investment and getting the right people in place are priorities, as they make the changes that new policy demands of them.

For others, being able to step back and reduce their workload and responsibilities is a key requirement, with resulting lifestyle benefits.

Whatever the reason, most farming businesses will benefit from some form of collaboration, believes Richard Means, managing partner with farm business consultancy Ceres Rural.

A range of tried-and-trusted arrangements are possible to suit different situations when two or more farmers work together in a structured arrangement.

How can collaboration help with productivity?

“Achieving economies of scale is at the forefront of most discussions, but joining forces with others also introduces more flexibility,” says Mr Means.

Given the scale of change that the industry is going through, it’s unsurprising that different opportunities are emerging and new sharing models are being contemplated, he adds.

“It all depends on how much risk each party is willing to take and how any agreement is structured.”

A relatively significant change in the personnel of one of the founding businesses is often behind the first discussion about any joint venture opportunity.

“Loss of a key member of staff, whether that’s through retirement or for some other reason, is a common starting point,” he says. “Staff are so important to any business that any changes are deeply felt.”

A shared or similar outlook between the interested parties at the outset is fundamental for an agreement to be reached, he adds.

In the same way, a gap between generations or a lack of skills and experience can be plugged by collaboration – helping with succession and bringing accountability and professional management to the table.

“Personalities are fundamental to whether a joint venture will work and have much more bearing on its success than geography or location. You must be on the same wavelength and enjoy what you are doing.”

A diversification project is another reason for initiating a joint venture discussion.

“Where one of the parties has a new project that they need to invest time in, it allows them to free up that commitment but still make good use of their partner’s farming expertise.

“It’s also a way of giving them access to skills that they may not already have but that are required for the new venture.”

Diversification projects are becoming more popular as a means of plugging the Basic Payment Scheme funding gap, so specialist experience is being sought, he reports. “It may be the difference between the success and failure of the project.”

The third reason is what Mr Means describes as “crunch time”, which is when a business is looking at making a big investment in a new piece of machinery.

“The need for a new combine or a sprayer is a good time to have a conversation with a neighbour. Power and machinery is the largest cost in the arable sector so it’s likely that other growers are also feeling the pain.”

Other sharing models such as machinery syndicates are well established, with resulting labour and machinery costs in such arrangements being well below the average.

Making the most of the flexibility that fluid rotations offer is his final reason for renewed interest in joint ventures and share farming.

“We’ve seen innovative changes to rotations as stewardship has come in and its management has become more important,” explains Mr Means.

Taking unproductive areas out of the mix and leaving areas for wildlife becomes more straightforward over a larger area, with opportunities to enhance the stewardship offer and concentrate on the better-performing parts of the farm where partners are involved, he adds.

“You’re not obliged to grow crops on every square inch now, so there are different opportunities to consider.”

There are several challenges to overcome in reaching an agreement with others, as the respective interests of all parties have to be taken into account, warns Mr Means.

Deciding on the right business structure – whether it’s complex or simple – is essential, as there will be tax implications where machinery purchasing and selling is involved.

“Think about how you can incorporate any existing machinery before you embark on a needless spending spree,” he advises. “And also think about any prioritisation of field operations.”

With a well-structured agreement, none of these will be an issue as the output and costs are shared, maintains Mr Means.

His final point is to think about an exit strategy before committing. Things inevitably change over time and it’s important there is a route out of the agreement, and that it doesn’t unfairly penalise any of the parties involved.

Choose most appropriate way to collaborate

There are clear differences between contract and share farming, with interest in the latter rising as the farming landscape changes.

With contract farming, a single business is farming the land based on an agreement for services. In a share farming arrangement, the participants are all engaged in farming and operate separate farming businesses on the same area of land.

In its simplest form, two farmers sharing some machinery should involve accurate recording of time and operations, so that any differences can be sorted out at the end of the season.

In a formal joint venture, a limited liability partnership is often the best way to allocate the costs associated with shared cropping and minimise tax obligations. As a result, a separate legal entity is usually set up as a machinery and labour cost centre.

Whatever the route, taking advice from a solicitor and an accountant is key. Machinery allowances and research and development (R&D) credits for company structures (which give a 130% tax rebate on the cost of R&D), may be appropriate.

Managing your tax – in its many forms – is still a big driver to continue farming, says Mr Means. The recently reformed Entrepreneurs Relief also has an influence, especially where parcels of land are being sold. “Tax reasons can dictate what a joint venture will look like.”

Defra’s Farm Equipment and Technology Fund provides investment towards specific items of equipment that will improve productivity and efficiency for farming, horticulture and forestry in England.

Part of the Farming Investment Fund, it has now been extended to contractors, which will include those involved in joint ventures.

Only items on an approved list can be purchased through the scheme, with the minimum grant value being £2,000 and the maximum £25,000. It is open for applications until September 2022.

Details on the Farming Investment Fund

Collaboration doesn’t have to be complicated 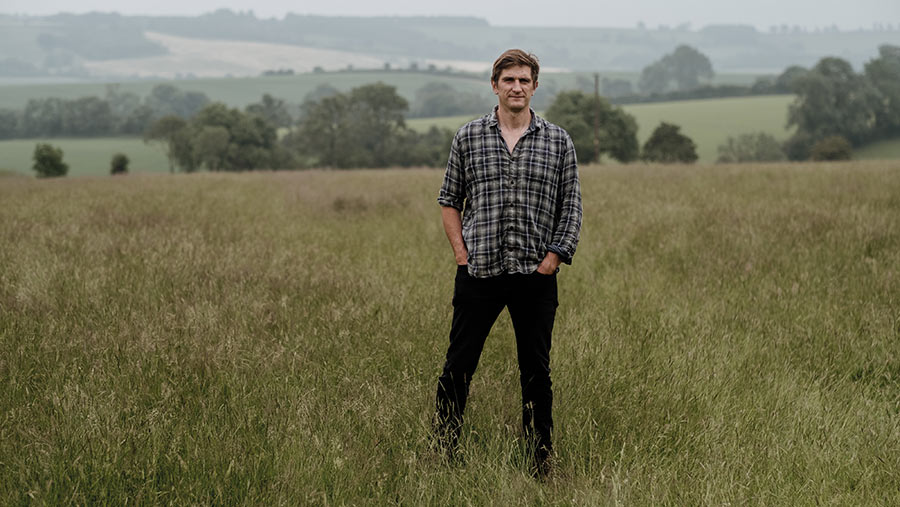 Comparing notes with nearby farmers can help improve productivity – generating new ideas and different ways of doing things that are more effective.

Transition Farmer James MacCartney says joining his local discussion group has proved to be an invaluable source of business advice and helped him improve his beef and sheep enterprises near Oakham in Rutland.

The Welland Valley livestock discussion group meets six times annually. Sharing thoughts and experiences with other producers is hugely beneficial, making them the six most valuable days of the year, says Mr MacCartney.

“It is refreshing to sit down with farmers who aren’t painting a perfect picture of their farm businesses. The way we get better is by telling each other what we are doing wrong rather than what we do right.”

Five years ago, the farm relied solely on permanent pasture to fatten livestock – to little effect. After attending the group, Mr MacCartney moved to high-performing hybrid grass varieties and productivity has increased.

“We try to be forward-thinking. Everyone is open-minded so we are all prepared to try new things. We’ve all got the same goal ultimately – we aren’t competing with each other. Our competitors are Australia and New Zealand – not the farmer next door.” 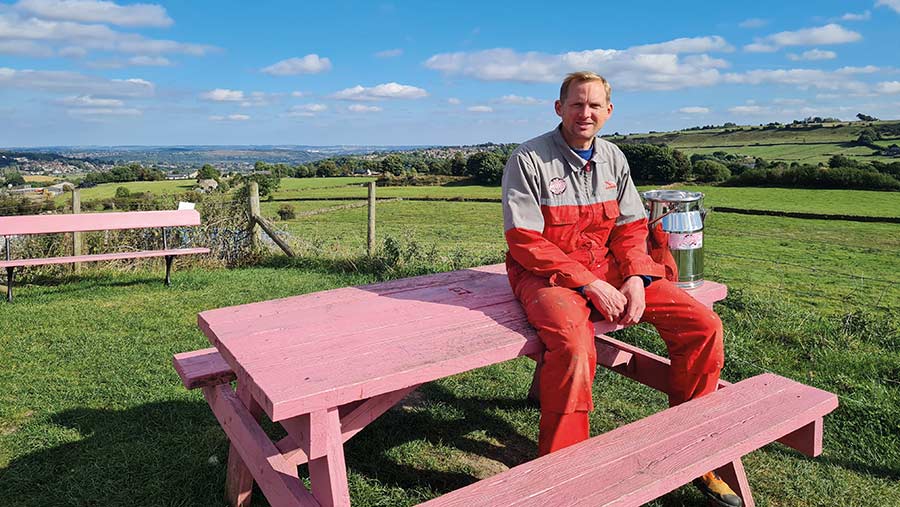 Mr Andrew milks 90 cows at Cliffe House Farm, Dungworth, on the outskirts of Sheffield. The farm includes retail and doorstep milk deliveries and ice cream sold under the Our Cow Molly brand.

The two nearby farms are a similar size, says Mr Andrew. “One neighbour is right next door – so our cows are in one field and his cows are over the wall – and the other is about a quarter of a mile down the hill,” he explains

Mr Andrew already shares a dairy. Ultimately, and when the time is right for all involved, the aim is to move all the cows onto a single site – and bring together other operations, such as feeding, silaging and muckspreading.

“Currently, we’re all doing the same jobs separately. Working co-operatively with other farms is quite a change compared to working on your own – but since we’ve built the dairy, we’ve learned that we can work together.”

At the moment, each farm has its own feeder wagon, telehandler and muckspreader. Sharing equipment, with one farm undertaking work under contract for the other two businesses, would be more cost-effective, says Mr Andrew.