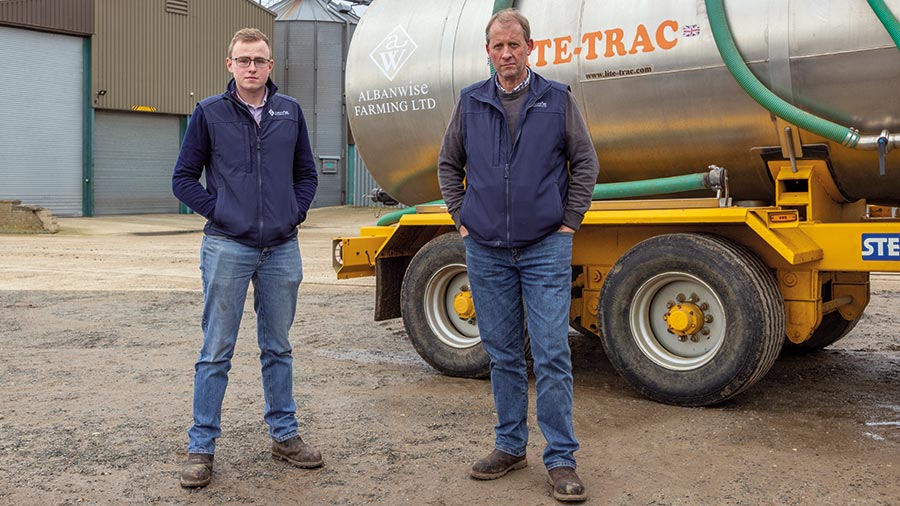 Farm manager Duncan Blyth says no one silver bullet will enable farms to prosper over the transition period.

“Instead, he says, “it will be a case of making incremental changes across a whole range of different areas that will add up and make the difference.”

While some farmers might choose to completely change what they do, the approach is one of evolution at Barton Bendish, one of Albanwise Farming’s two large-scale sites in Norfolk.

“What we’ve done in the past has worked and been profitable, so it wouldn’t be sensible to rip up the rulebook,” explains Mr Blyth.

That said, innovation is very much the order of the day and the team are conscious new revenue streams will have to be found.

“The challenge of losing BPS is huge,” says Mr Blyth.

“The situation is further complicated at present because although we still have some support under the Basic Payment Scheme (BPS) and are in a period of high commodity prices, the benefit of this is being massively eroded by fertiliser costs.

“How we approach the next 18 months is occupying a lot of our thoughts in tandem with the withdrawal of the BPS over the longer term.”

Managing soil in new ways is key to the thinking at Barton Bendish, which extends to 2,650ha of owned land with an additional 500ha farmed on a contract farming agreement.

“Soil is a farmer’s core asset but, across the country, we’ve collectively neglected it in the post-war era. The challenge now is to maintain production while enhancing our soils.”

Mr Blyth says BPS will continue to provide some “cushion” at the start of the five to 10 years it could take to make “substantial and lasting” improvements to the soil.

But there could come a pinch point in the latter half of this timescale.

He’s optimistic, however, that productivity can be kept high.

“It may be that 10t/ha is no longer the industry’s headline target yield, but growers can still improve their margins if their costs fall sufficiently.”

This focus on soil health is closely linked to the strategic carbon ambition at Albanwise, which has set itself the target of reaching net zero by 2030.

“The initial priority is to establish a baseline that we’re confident in, that we all understand and that enables us to decide the steps we need to take.

“Baselining is a massive task for all our natural capital aspirations, and it’s crucial we get it right.”

Natural capital – in all its guises – is a big potential revenue generator across Albanwise’s land holding. “We need to make sure we spot and maximise these opportunities as money shifts from BPS into payment for public goods,” he says. 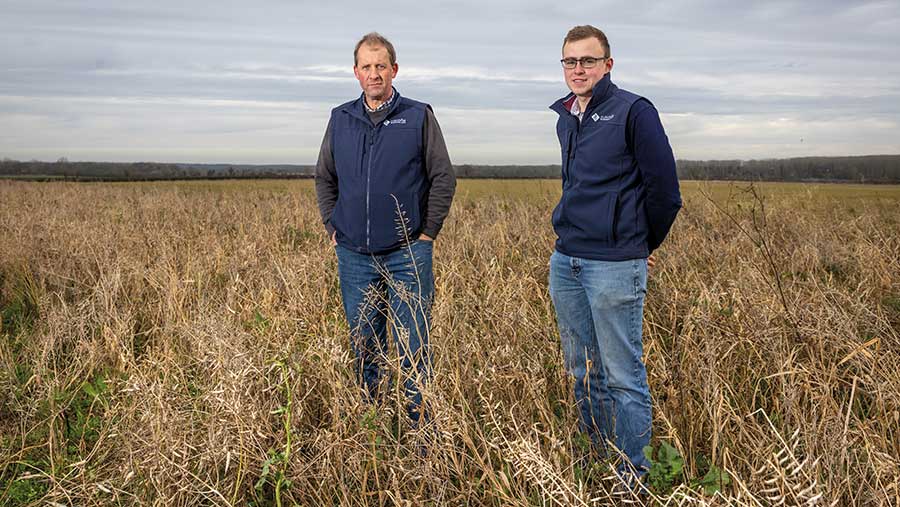 The farm has always been in stewardship schemes, and has concentrated on environmental concerns over the past decade, reflected in the strong populations of grey partridge, turtle dove, stone curlew, corn bunting and lapwing.

“A lot of work has gone in to managing the fabric of the arable habitat – we have a really well managed hedgerow and tree network.”

This has been given a further boost by the creation of a new division – Albanwise Environment, headed by Mike Edwards – which manages the estate’s environmental features and will eventually become a service offered to other farmers.

“In some ways, we’re stepping back and learning how our forefathers farmed,” concludes Mr Blyth.

“But that doesn’t mean we’re going backwards. We’ll be taking the best of what was done historically and combining it with the best new thinking.

“We need to keep innovating and using cutting-edge technology to help us achieve our aims.”

Duncan Blyth is one of our Transition Farmers. Join them as they strive to become financially and environmentally sustainable and how they intend to overcome the challenges they face over the next five years.