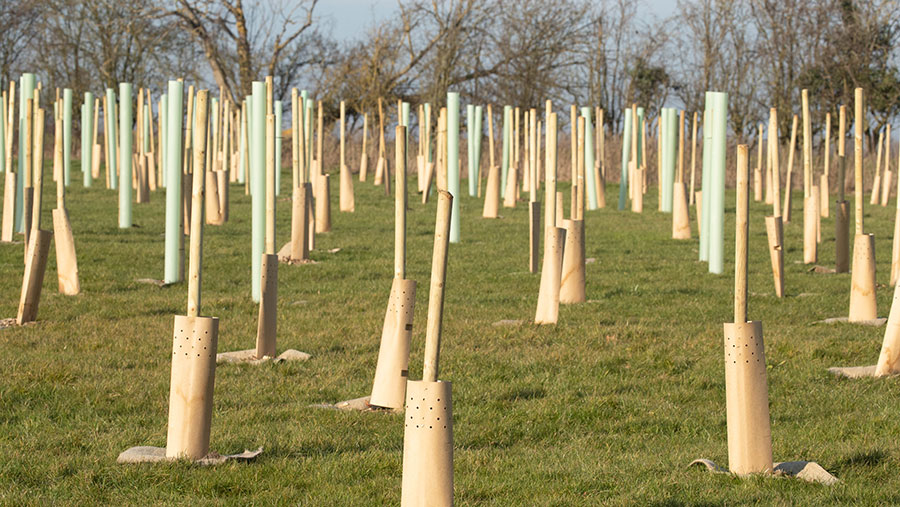 Rural campaigners have accused a Welsh government agency of “misleading the public” over its purchase of farmland on which to plant trees as part of a memorial to victims of Covid-19.

In its public consultation, Natural Resources Wales (NRW) confirmed it was sold the land at Brownhill Farm in the Towy valley, Carmarthenshire as three lots and described it as having “included a proportion of rougher and/or less accessible ground, less attractive for agricultural purposes”.

However, Countryside Alliance (CA) Wales said NRW was wrong in its assertion that the land it was buying was not suitable for agriculture.

CA Wales director Rachel Evans, who lives near the site, has written to NRW requesting that its consultation be amended with immediate effect to truthfully reflect the type of ground purchased at Brownhill.

“It is utterly wrong of NRW to mislead the public on the nature of the site it has purchased for this project,” said Ms Evans.

“To claim that all the land it has secured is not suitable for farming is incorrect. It is equally wrong to claim the land is inaccessible, as there is clearly a suitable entrance to the field, which has been used and since padlocked by NRW.”

Brownhill Farm lies between the villages of LLanwrda and LLangadog, which until now had been rented to farmers under a grazing and mowing licence.

Ms Evans said there was no mention in the consultation of the potential of some 21ha of better land being left for mowing or grazing.

The decision by the Welsh government to buy 94ha Brownhill Farm for commemorative woodlands in memory of those who died during the pandemic has split local opinion.

“It is ironic that they claim this woodland is for the community yet proceed to tear away at the fabric of that community by completely ignoring the contribution of agriculture to the local economy and people’s well-being,” Ms Evans added.

Miriam Jones Walters, NRW specialist advisor for land stewardship, said: “The document and the figures included within our online consultation clearly describe the site and its existing features, setting out the options for tree planting in each of the distinctly different areas of the site, and we welcome the feedback we have had on this.

“The ambition for this memorial woodland is that it develops into a living area, which will grow, and which will be a place that the whole community can enjoy.

“We want to work with rural communities in Wales to create a thriving countryside that is resilient to climate change. The farming community are integral to achieving this ambition.”