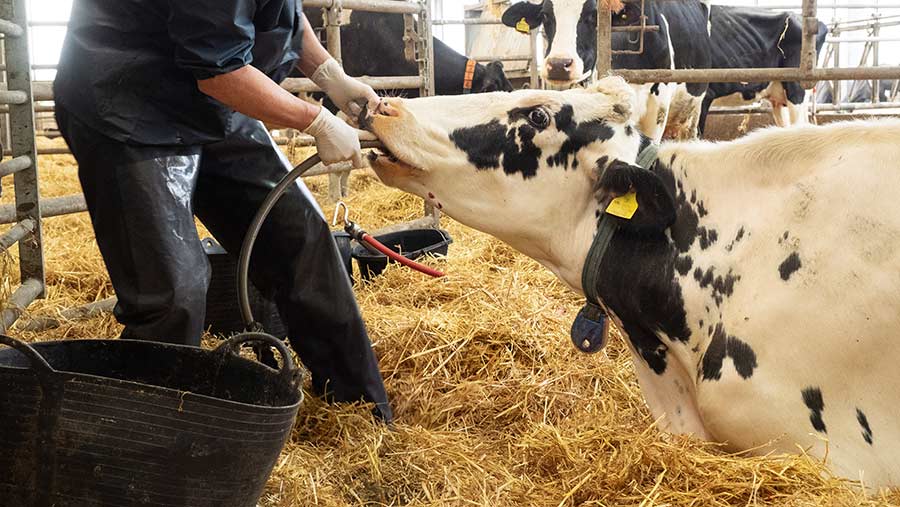 Livestock farmers will have fewer vet practices to choose from in future, as rapid consolidation is under way due to declining profitability and concerns over attracting enough staff.

The sector is likely to be dominated by a small number of large companies within 10 years, according to Ian Cure, farm director at VetPartners – one of the UK’s largest vet firms which is expanding through the acquisition of smaller businesses.

Mr Cure says VetPartners is getting inquiries from about five independent vet businesses owners a week about selling to the company.

See also: How a Welsh dairy has slashed its antibiotic use

Money to buy these is coming from private equity funding. Financiers have spotted the increased profit potential from economies of scale this brings by reducing drug purchasing and backroom costs.

Mr Cure said the advantage of larger vet businesses is their ability to offer a wider variety of services to farmers, who are targeting a reduction in medicine use and improved animal welfare.

VetPartners is 70% owned by private equity firm BC Partners, with the remaining 30% stake owned by company directors, including vets.

Launched in 2015, the company is involved in all types of veterinary work, including small animals and equine care, but has also established a strong foothold in the farm sector.

It is already the UK’s largest provider of farm veterinary services – with 74 farm or mixed practices – and cares for 20% of all farm animals nationwide, including 30% of dairy cattle.

Its most recent purchase, Clyde Veterinary Group in Scotland, was announced on 1 May.

Mr Cure says consolidation is inevitable for many farm vet businesses, because they are struggling to recruit graduate vets, as the salaries are lower than for small animal vets, the job is frequently dominated by TB testing, and profitability is falling as farmers are (rightly) using fewer drugs.

Figures from a 2017 wage survey by SPVS, an organisation for practising vets, show the average wage for a small animal vet was £44,150, while a mixed practice vet earned £37,870.

A reduction in recruits and the poorer economic outlook has resulted in a decline in the number of employees willing to buy into a farm practice as a partner.

“Lots of vets don’t want the risk of borrowing to buy in as an owner – what does that actually buy them? Just the ability to have a profit share – so that is quite a risky strategy,” he said.

However, he said there will always be a place for smaller businesses, because the one thing consolidation can’t deliver for really driven vets is total ownership.

Oliver Hodgkinson, partner at Trefaldwyn Vets, an independent practice in Montgomeryshire, said he recognised the struggle many farm vets were having to recruit, but there is “a lot of selling off of the family silver” at the moment.

He said reducing the number of opportunities to become a partner in a business could put more graduates off becoming farm vets, as it is the main way they can improve their income.

Mr Hodgkinson, who was Farmers Weekly’s Farm Adviser of the Year in 2018, said the TB issue was demoralising for both old and young vets, but business owners should try to ride out the storm, as farmers did not want any more corporatisation.

He said corporate vets often struggled to maintain the same level of customer service as independent vets and that his practice had picked up small animal clients from a corporate rival after they increased their prices.

What is private equity and who are the key players in the vet sector?

Private equity firms invest money from wealthy individuals and investment funds, typically by buying companies that are not publicly traded on a stock market.

Typical objectives include consolidating companies to make a larger unit that is more valuable than the sum of its individual parts and then selling it on, or breaking companies up and selling them off to others.

An example in the small animal sector was when Sovereign Capital Partners bought the independent Willows Veterinary Centre chain, added another 21 practices to it and then sold it on in 2018 to the pet health wing of confectionery manufacturer Mars.

BC Partners, which bought a 70% stake of VetPartners in 2018, manage about £20bn in assets across a number of sectors, including healthcare, consumer goods and financial services.

Other private equity firms in the farm vet sector include EQT Fund Management, which owns a majority stake in Independent Vetcare.

It owns about 100 mixed practices in the UK, from a total of more than 1,100 veterinary clinics and hospitals across Europe.

The largest publicly traded veterinary firm is CVS Group, which owns more than 500 vet surgeries across the UK, the Netherlands and Ireland, including 22 mixed and farm practices in the UK.