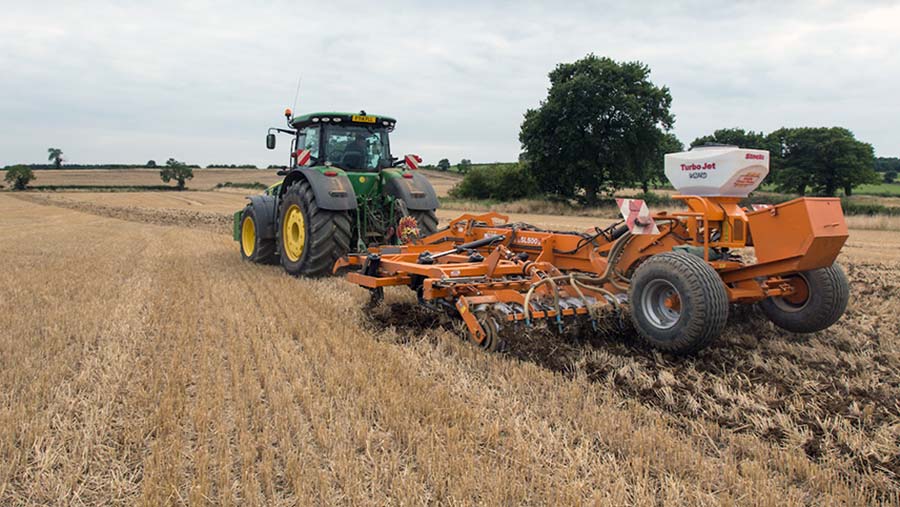 Results from Savills annual arable benchmarking survey, presented at this week’s Cereals event, show that there is still good scope to reduce costs through collaboration.

That may come through sharing machinery in a small way or a full Contract Farming Agreement (CFA).

The survey highlights the value of benchmarking total cost of production, allowing a finer focus to be placed on many different elements of farm performance, whether physical or financial (see Tractor panel example).

A wide range of issues may prompt a move to contract farming, said Andrew Wraith, Savills director of food and farming.

These include the need for machinery reinvestment, high fixed costs, changes to key staff, succession issues or the desire to pursue other interests on or off farm (and the associated capital and time requirements this may bring).

Savills’ results from 267,000ha of CFA agreements on mainly Grade 3 land show an average basic farmer charge (initial income from the agreement) of £234/ha for the 2016 harvest year, where BPS income is included in the CFA.

The average contractor charge on the same agreements was £261/ha, a rise of 3% on 2015. Once these charges are paid from the contract farming account, along with the variable costs of growing the crops, any surplus is shared between the farmer and the contractor.

Among the agreements in the Savills database, 41% have only one tier of profit split, while 43% have two tiers and 16% have three.

Most new agreements include the option for both parties to look at changing the agreement terms as a result of changes to the support regime during the term of the agreement, said Mr Wraith.