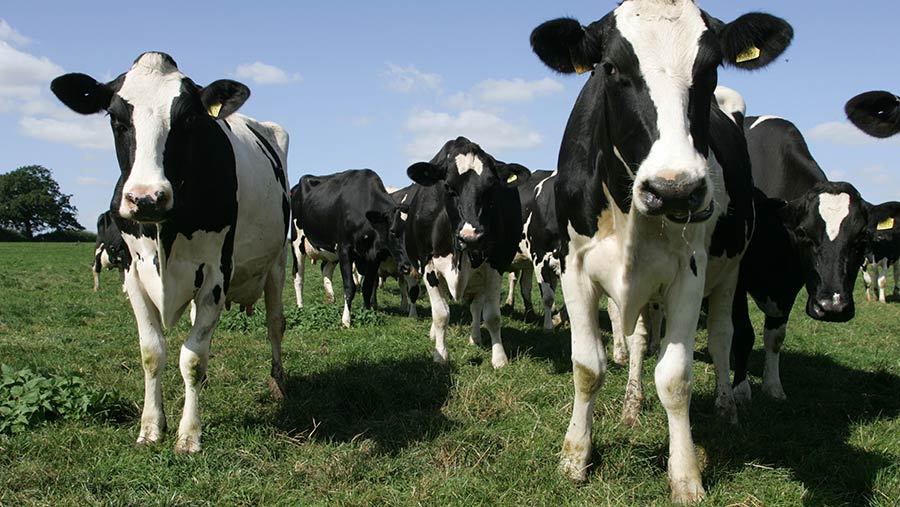 Milk solids also increased by 31kg a cow, yet there was no rise in feed use and feed costs fell by an average of £5/t.

Kite Consulting’s Chris Flint said the increased efficiency was due to a range of ongoing improvements being implemented by herd managers. These include:

“Margin over purchased feed has risen by £65 a cow, despite a slightly lower milk price. This, with a small increase in herd size, added £34,913 to the herd margin.

“Cows are producing more milk from the same rate of inputs,” he suggested.

“We have seen feed rate remain static over the past seven years, while milk a cow has increased by 840 litres or 9.3%, showing efficiencies coming through,”  Mr Flint added.

Kite’s figures also highlighted the top 25% and top 10% of herds based on margin over purchased feed a cow (MOPF/cow).

These have continued to improve, achieving 11,734 litres and 12,441 litres respectively from a similar feed rate to the average at 0.35kg/litre.

“It’s clear that there is no one silver bullet when it comes to improving profitability on UK dairy farms, whatever their system.

Instead, farmers are seeing the benefit of making small changes and increasing attention to detail – things that don’t cost a huge amount, but collectively can have a sizeable impact on cow performance,” Mr Flint  concluded.

Milk Monitor data is collected from farms across the sector from a range of sizes and encompasses all different production systems, including grazing and non-grazing, block calving and all year round calving herds. These farms supply many different milk buyers and markets.