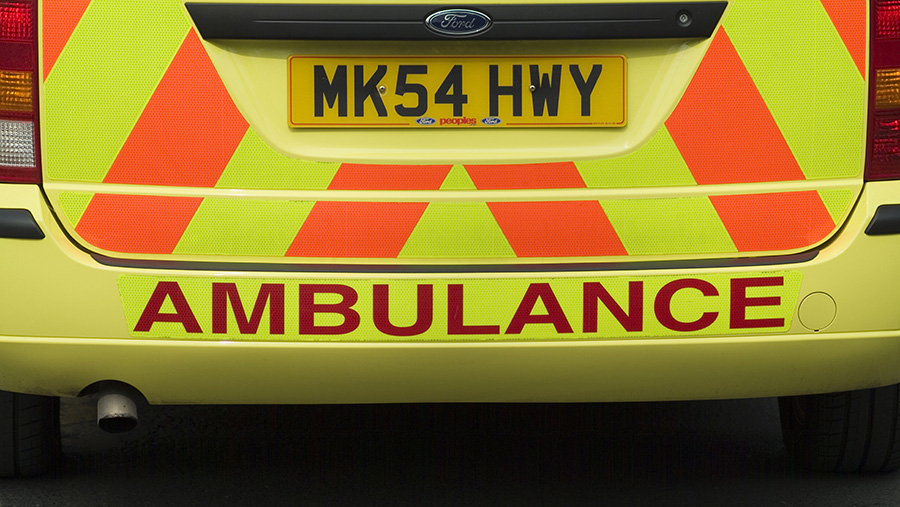 A man suffered crushing injuries after a feed bin “failed” while being filled at south-eastern egg packer Friday’s headquarters.

The incident, which happened at about 1pm on Monday (1 February), resulted in Kent’s air ambulance being sent to the farm, as well as a regular car response.

The feed bin caused a “crushing” injury to the man’s chest and ribs, and he was admitted to Tunbridge Wells Hospital at Pembury for further assessment.

A Friday’s spokesman told Kent Online: “An incident occurred yesterday where a feed bin failed whilst being filled by a feed delivery vehicle.

“Part of the bin and some poultry feed fell to the ground.

“The lorry operator suffered bruising and was taken to hospital as a precaution. He is now back home recuperating and the company are investigating this unusual occurrence.”

It comes after the Agricultural Industries Confederation (AIC) issued a warning that farmers should check the integrity of their feed bins in the wake of two collapsing in the Netherlands.

“The tragic and catastrophic incidents in the Netherlands are a timely reminder of how important it is to pay attention to regular inspection of equipment”
George Perrott, feed sector head at the AIC

George Perrott, feed sector head at the AIC, said: “Feed bins are familiar objects on livestock farms but can be holding tonnes of feed up in the air.

“Over time, these static pieces of equipment are just taken for granted.

“Corrosion or accidental damage can make them unsafe.

“It is good practice to routinely inspect feed bins, looking at signs of corrosion in metalwork, loose metalwork or cracks in welds.

“Also, should there be an accidental collision with a farm vehicle or delivery truck – always carry out a visual inspection for any damage that could weaken the supports.

“The tragic and catastrophic incidents in the Netherlands are a timely reminder of how important it is to pay attention to regular inspection of equipment.”