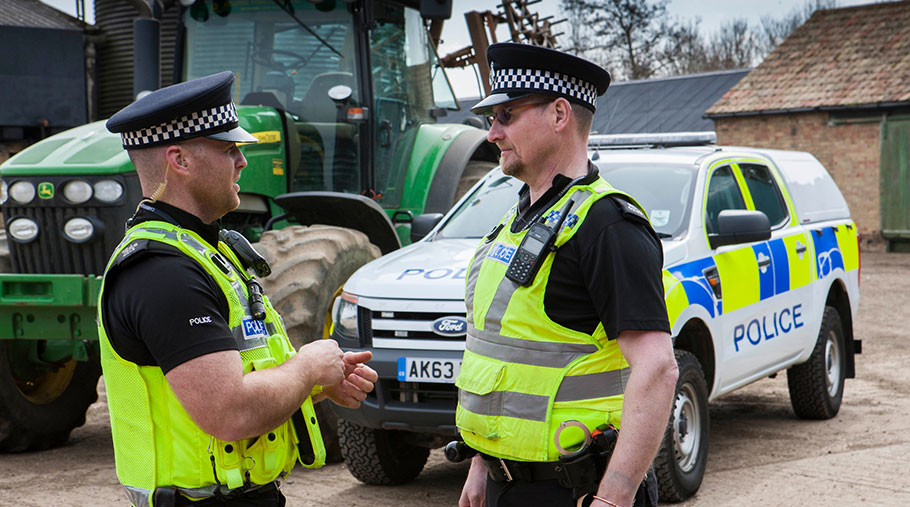 Police have voiced dismay after every farm vehicle stopped for safety checks was found to be defective.

Officers from East Hertfordshire carried out the roadside checks with Bedfordshire, Cambridgeshire and Hertfordshire roads policing unit on Thursday (23 August).

The aim was to monitor the roadworthiness and condition of agricultural vehicles at a time of year when many tractors and farm implements are on the public highway.

Vehicles stopped were parked at the roadside.

Photos of the operation were tweeted by East Herts Rural Police.

Today we were supported by @roadpoliceBCH on our 2nd OP specifically aimed at monitoring the roadworthiness & conditioning of agricultural vehicle’s on the road. Sadly all vehicles stopped had defects of varying severity. @NFUHerts @NFUEastAnglia @FarmersGuardian @FarmersWeekly pic.twitter.com/ZPusg8893A

Two of the vehicles had defects that resulted in them being escorted off the carriageway to a nearby field to await the services of a qualified engineer.

The operation met a mixed reaction – with some people welcoming the checks and others suggesting police should focus on catching thieves who steal from farms.

Pleased our roads are being kept safe.
I trust rural diesel and machinery theft, fly tipping on an industrial scale and aggressive hare coursing will get similar well attended timely response when reported.

Others were more outspoken.

this is just embarrassing ! All forces have had massive cut backs & this is the 2nd time you have targeted farmers/contractors ! Sort this ot first…..https://t.co/O7zCdkSjHJ

Those who looked at this tweet in isolation or have bad memories this is what @EHertsRrlPolice have dealt with recently. Are we professional industry or not? As for asking why they weren’t chasing hare coursers you clearly don’t know these guys, they wrote the book on it!! pic.twitter.com/fYmMnGxoCy