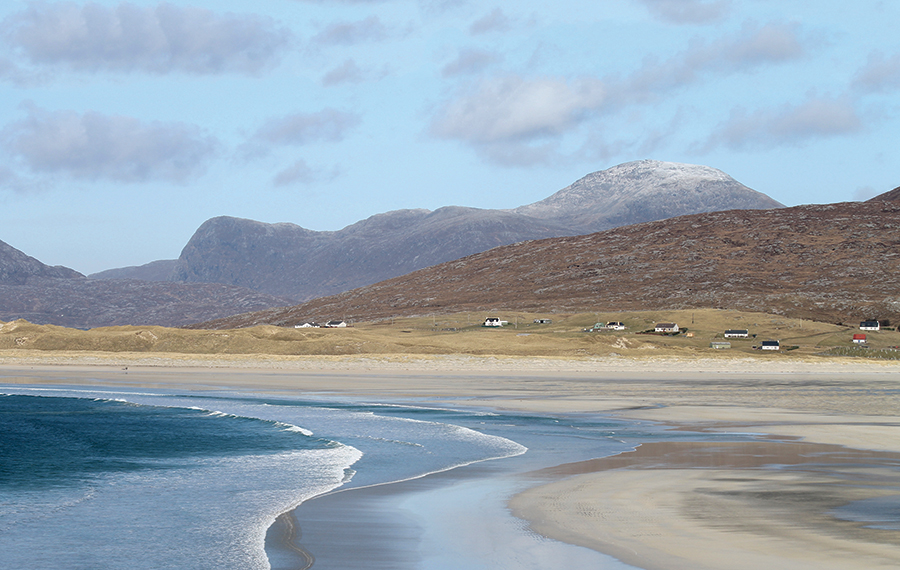 The importance of taxpayer support in keeping farm businesses afloat is well understood.

Latest annual farm income figures for the UK show that, out of total net earnings of £4.6bn, direct payments contributed some £2.7bn, equivalent to 60%.

But, while this support is important for mainstream agriculture, for small-scale crofters in Scotland it is still more vital – especially for those who aim to make a full-time job of it. 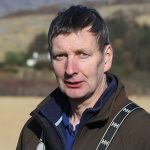 Angus Mackay is one such crofter, being the lifetime tenant of a croft at Scarista on the Isle of Harris where he runs around 350 Blackface cross-breeding ewes and a fledgling herd of 10 pedigree Aberdeen Angus cows.

His total crofted area comes to 29ha, for which he pays just £32 a year to the West Harris Trust.

But, like most crofters, he also has access to common grazing – providing another 5,000ha of rough hill ground, shared with three other active crofters.

According to Mr Mackay, about 70% of his farm-related earnings come from government sources, including the Basic Payment Scheme, the suckler beef support scheme, the upland sheep support scheme and the Less Favoured Area support scheme.

The Crofting Agricultural Grant Scheme (CAGS) pays up to £25,000 per claim in any two-year period, covering 80% of investment costs for those who are under 41 and have had their croft less than five years. Older, more established crofters can get 60% grants.

The money may be used for capital projects, such as the construction or improvement of agricultural buildings, drainage and fencing, but the money only comes in after the work is completed. Common grazings can also access 80% grants, up to £125,000.

A Croft House Improvement Grant helps crofters upgrade housing or build new homes, covering up to 40% of the cost, while crofters can also benefit from veterinary support, an advisory service and subsidised high health status bulls.

Producing as much of his own silage as possible is essential, given the high cost of shipping it over from the mainland. Big bales of hay and straw are also at a premium, while concentrates cost about £70/t more.

Going the other way, store lambs when they are ready incur a £3.50/head haulage charge, as they are shipped off the island to be sold at Dingwall. With a lambing percentage of just 70-80%, thanks in part to losses to Sea Eagles, margins on sales are wafer thin.

So, like many crofters, Mr Mackay also has a diversified income – running two self-catering bungalows for tourists and a mini laundry service for others with holiday lets.

As a crofter, he is also entitled to additional support under the Crofting Agricultural Grant Scheme (CAGS), which he is  using to help build a new 25m x 10m cattle shed. 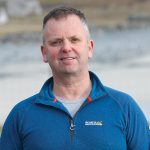 Mr Mackay’s challenges are typical of those faced by many of the 920 or so crofters on Lewis and Harris, who farm some of the worst soils in the UK in some of the wildest weather.

But despite these challenges, Iain Macmillan from SAC Consulting, which is part of Scotland’s Rural College, says crofting is in the ascendancy.

“I’ve seen a positivity about crofting here that I’ve not seen in my lifetime, with redundant crofts coming back into production,” he says.

“Crofters are working to build sheds, rear animals and buy their inputs together, as well as diversifying into new business ideas.”

But there has been a great push for improvement, with crofters taking advantage of CAGS to upgrade fencing – including on common land – and a greater number doing soil sampling. “People are really interested in improving their ground,” he says.

To some extent, the turnaround is due to older crofters’ children coming back to carry on the family tradition. But there are also a significant number of newcomers.

“Some come in with great ideas to make their crofts work and are willing to get stuck in,” says Mr Macmillan. “But it is also a way of life and clearly not for everyone.”

One of the challenges for local people is the disproportionately high cost of some crofts in sought-after locations, which attract outsiders looking for a second home or holiday let.

Some crofts on Lewis and Harris have sold for more than £100,000, bearing no relation to the agricultural value of the few hectares to which they may be attached.

There is also the threat from Brexit, with fears that the money which has until now come from Brussels may not in future be made available from the national purse.

But Mr Macmillan believes support for crofting will continue as it fits with the Scottish government’s aim of keeping people in rural areas. “If they didn’t continue to pay, it would be an absolute desert here,” he says. 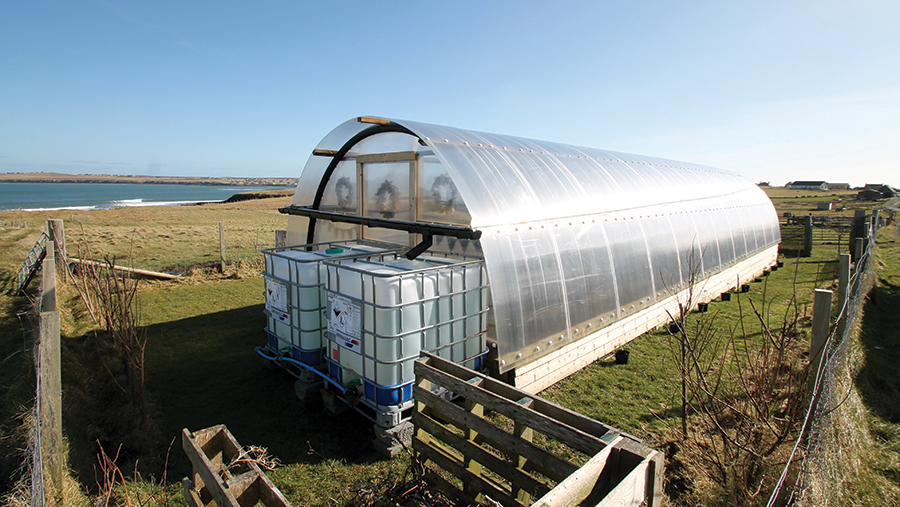 One of the latest developments to benefit the crofting community in Lewis and Harris has been the Polycrub – an almost indestructible polytunnel, well suited to the hostile environment of the Outer Hebrides.

The frame is constructed from discarded tubes, normally used to suspend nets on salmon farms. These are bent over wooden posts which are then concreted into the ground to a depth of 60cm.

Twin-ply polycarbonate sheeting is then attached to create a structure that can withstand 100mph winds.

There are now more than 30 Polycrubs on the islands and they enable crofters to diversify into a range of different crops. Combining high internal temperatures with long hours of daylight, some have even produced lemons, grapes and olives, as well as more conventional salads and vegetables.

“Polycrubs offer the opportunity to supply fresh, local produce to local cafes, hotels and shops, while reducing the carbon footprint of the local food economy,” says SAC Consulting’s Rob Black, who was instrumental in ensuring these novel buildings qualify for grant assistance.

One crofter who has taken advantage of them is Karen Macleod who runs a croft with her husband John on the Eye Peninsula, just east of Stornoway. She secured a 60% CAGS grant to offset some of the £8,000 cost of the 12m x 4m construction.

Containing raised beds and making use of harvested rainwater and home-produced compost, the unit produces enough organic fruit and veg to feed her family of five for six months of the year. 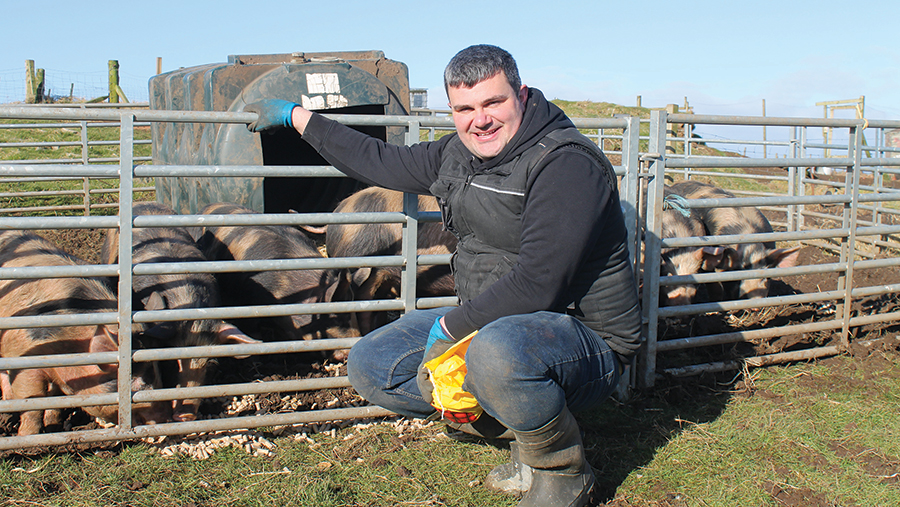 The Polycrubs also have potential in livestock production, and crofter Donald Macsween, who is based at North Dell at the top end of Lewis, is the first to invest in one for this purpose.

His croft stretches for almost a mile at a constant width of just 25m down to the sea, plus a share of of common grazing, on which he raises a variety of livestock, including Gloucester Old Spot pigs, free-range laying hens, sheep of mixed breeds and Highland cattle. Other income is derived from agri-tourism, TV work and direct sales.

His Polycrub has a solid concrete floor and an opaque covering to reduce the heat in summer. It will be used initially for lambing, and may then switch to fruit and veg production to ease cash flow.

Mr Macsween has grant funding for two more tunnels, which will be used for storage and for housing pigs. Costing less than £8,000 each, and benefiting from the 60% grant, it is a lot cheaper than putting up a barn, he says.

What is the Crofting commission?

Crofting in Scotland is overseen by the Crofting Commission. With nine commissioners and 55 staff, its principal function is “regulating, re-organising and promoting the interests of crofting”.

The commission keeps a register of all crofts, of which there are 14,969 tenanted and 5,898 owned in Scotland. It can impose “crofting duties” on tenants and owner-occupier crofters, to ensure they live on or within 32km of their croft, and that the land is properly maintained.

If crofting duties are not complied with, the commission could terminate a tenancy or require an owner-occupier to let the tenancy of their croft.

A tenant could also apply to the commission to assign their tenancy, while an owner occupier could offer their croft for sale. The commission can also require the letting of vacant crofts by landlords.

It can also create new crofts and it can “de-croft” land, subject to application, to allow for alternative uses. It is reluctant to do so, however, as crofting is seen as fundamental to keeping people in rural areas.

The Frequently Asked Questions section on the Crofting Commission website provides a wealth of information and an insight into the complexities of crofting regulation.