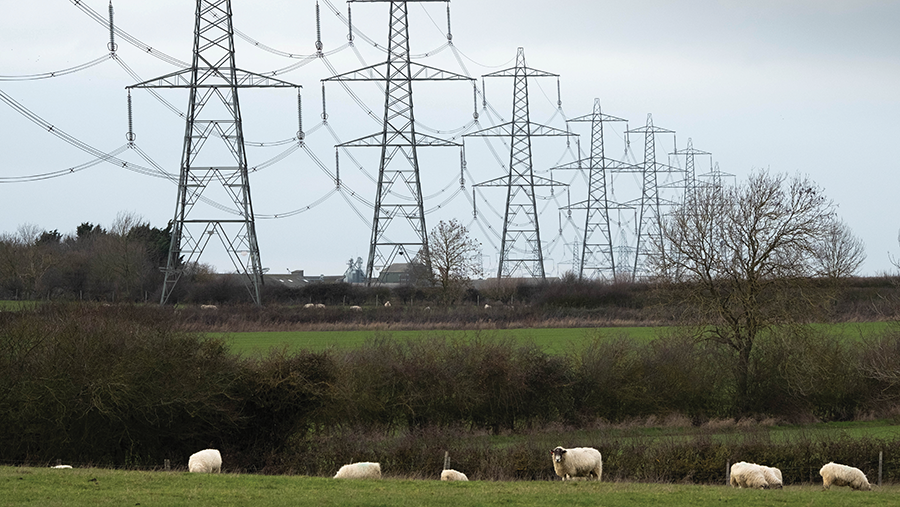 Many farmers will have power lines or water pipes crossing their land, which means they will have dealings with utility companies that may need to access the land from time to time for repairs, maintenance and upgrades.

Louise Stones, graduate surveyor with H&H Land & Estates, explains what rights landowners have when it comes to dealing with utility companies.

Electricity power lines, water, sewer and gas pipes all form “utility apparatus” and as such, companies have statutory powers to enter private land under legislation such as the Electricity Act 1989, Water Industry Act 1991 and the Gas Act 1986.

Whether the utility company has a wayleave agreement or a deed of easement with the landowner, they have broadly similar rights.

This is despite these two options being different in nature.

An easement attaches to the land – and therefore to successive landowners, whereas a wayleave is a personal agreement between two parties.

A wayleave usually attracts an annual payment for the apparatus being on the land, where as an easement usually involves a one-off capital payment.

What rights do landowners have?

While the statutory powers exist to give a third party the right of access, the owner or occupier has the legal entitlement to make a claim for compensation for any new installations or if the repair, maintenance or renewal of existing installations causes a disturbance.

Significantly, the cost of being professionally represented when going through this process is also part of the claimant’s claim. This means a farmer can appoint an agent to work on their behalf, and it should not cost them anything.

How much notice should farmers typically get of any works on their land?

Notice periods will vary depending on the nature of the work and the type of utility company taking access.

In an emergency, access can be taken without notice, but it would be typical to get three months’ notice to lay a new pipe and 42 days’ notice to alter existing pipes – both followed by a seven-day works notice to inform the owner/occupier that entry will be taken within seven days.

Where new installations are being looked at, is there scope for the landowner to suggest alternative routes across their land?

Yes. It is worth trying to meet the utility company on site to discuss the proposals and how they might be amended to mitigate any impact as far as possible.

What are common pitfalls when putting together a compensation claim?

A compensation claim should be based on putting the occupier of the land in a position where they would have been if the works had never happened.

This means it is important that farmers get a schedule of the condition before entry, including photographic evidence. This record should be agreed by all parties, as it can be very difficult to negotiate if this is not documented appropriately.

What can be included in the claim for compensation?

A compensation claim might reflect losses in the current and future crops, the costs of restoration, repairing any fencing, and any long-term impact on land values (see the example claim below).

The claim should also include management time and any resources spent on dealing with the matter by the farmer. It is advisable to keep a detailed diary of this which can then be used as evidence.

The per hour figure a farmer can charge depends on the individual facts of the case, but often ranges from £30 to £50 an hour.

H&H Land & Estates has recently been involved in a claim following the replacement of a water main across some horse-grazing land and arable ground.

Both sites had development potential which had to be taken into consideration. The submission for compensation for the client included: