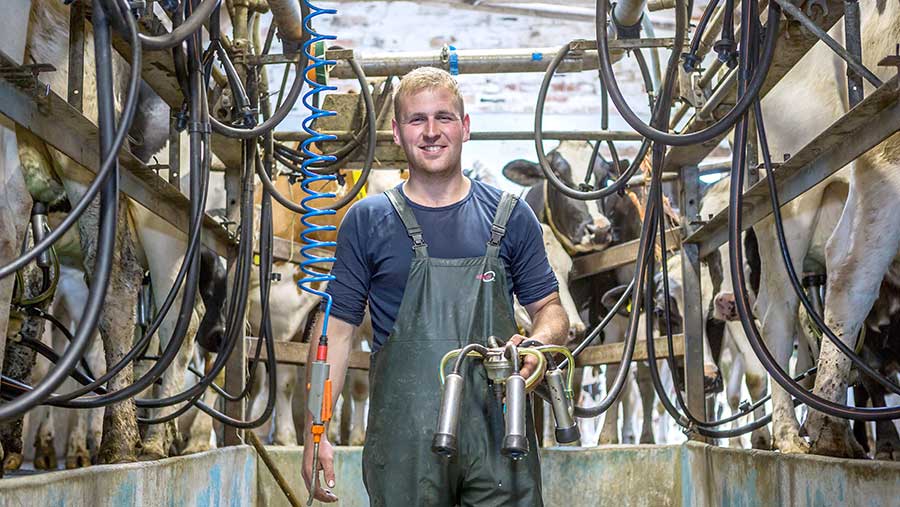 Sam, 24, beat about 105 people to secure the tenancy at Green Lane Farm, and also beat a high standard of entrants to become Farmers Weekly’s 2019 Young Farmer of the Year.

Since then he has had an influx of calls from national and international television companies interested in learning more about him and sharing his story.

Farming remains very much his priority, however, and he is constantly planning for the future.

Sam sold his breeding ewes in October, having struggled to juggle calving, lambing and milking. Instead he invested in about 700 store lambs over the winter, with about 500 left to kill.

Still mainly a one-man operation, Sam has taken on a relief milker but has her in only once or twice a week.

“The biggest challenge of being on your own is all the stress is on you,” he says. “I’m working on a shoestring so everything has to be done beyond perfectly and no one can do it better than me.

“Going forward I think I do need to take someone on because I can’t do everything myself.”

With just over 150 cows currently, Sam plans to be milking about 200 by this Christmas and will then sit tight for a few years until the seventh year of his tenancy, when he still intends to move to a new holding.

He has recently received planning permission for a new livestock shed and is investing in a new bulk tank, as well as expanding the milking parlour.

“I’m trying to expand as much as I can in the early years so I have time to reap the benefits and then move on to a bigger holding, which I want to be my final move,” he says.

“If the perfect farm came up now I wouldn’t be able financially to take it, so I need that time to get ready.”

Sam made a two-year business plan as part of his tenancy application for Green Lane Farm and the interview panel described it as excellent.

He had never created a proper business plan before, and this was the first tenancy he applied for, so Sam decided to get professional help from an independent consultant, who advised him to also approach his bank and determine what could be borrowed.

HSBC provided him with a letter stating that sufficient money had been agreed for the running of the business, and Muller provided one confirming a potential contract opportunity.

A gross margin profit-and-loss account and a cash flow budget were also included in the application.

“I had to get to the nitty gritty, such as storage capacity in the lagoon and herd yield predictions,” Sam says. “It’s important to be realistic with that, rather than going too big too soon.

“It’s hard to know when you haven’t started farming yet, but you’ve got to have an idea and the bank and the landlord need it on paper to even think about supporting you.”

The initial prediction was to be milking 80 cows by the end of this milk year, averaging 7,500 litres a year and sending 640,000 litres. This year Sam sent 1.36 million litres.

“I did a five-year business plan when I got the tenancy but the figures were still less than what we’re on now, so I’ve jumped on a fair bit,” he says.

“I would advise anyone applying for a tenancy on their own to try to show they already have a business in the works – and the biggest thing is to come across as determined.”

Sam updates his business plans on a monthly, yearly and 10-yearly basis. Once the milk price comes in, he takes that figure into account along with his variable costs and works out his margins.

On an annual basis, he plans in conjunction with a consultant, and he looks ahead over the course of a decade to know where to aim for.

His next business plan, which was due to be created on 1 April, will be even more important than previous versions, he says, to ensure his two types of livestock are not taking from each other.

“Expansion has been my goal since day one, but it needs to be managed for,” Sam says. “You need to plan, otherwise there’s no money in the pot to expand.” 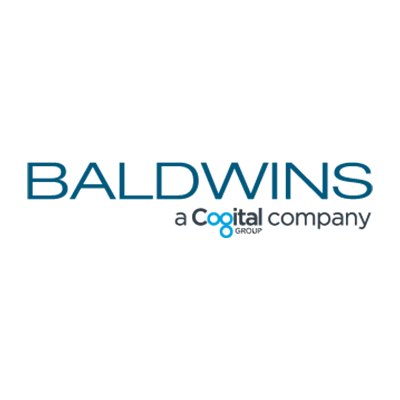 The Farmers Weekly 2020 Young Farmer of the Year Award is sponsored by Baldwins.