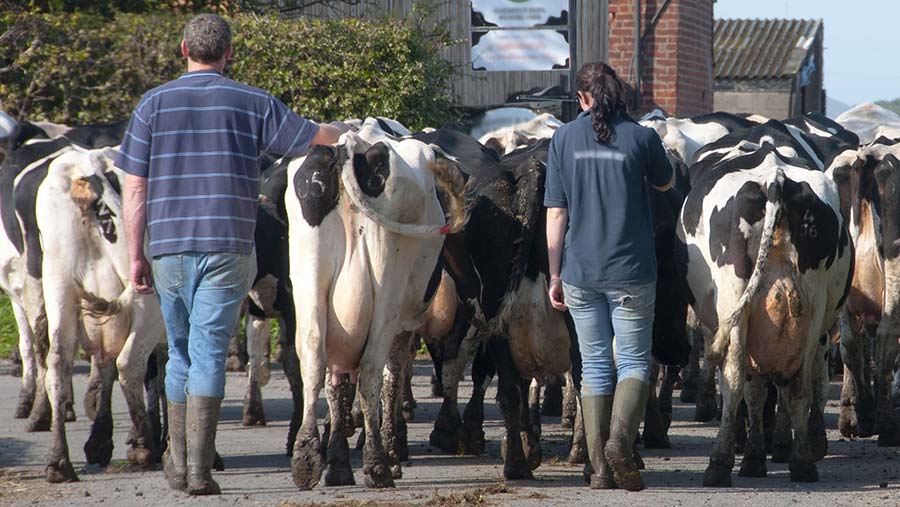 Joint ventures are becoming increasingly popular solutions for landowners seeking a successor and young farmers searching for access to land.

For farmers without anyone to take on the holding, there are generally four options: selling the farm; letting the whole farm; letting land on cropping or grazing licences; or a joint venture such as share or contract farming.

Share farming (where inputs and outputs are split on an agreed basis) or contract farming (collaborating with farmers with differing skillsets or at scale) can benefit both parties.

Wendy Jenkins, business adviser with agricultural consultant CARA Wales, said this type of agreement has become more popular in the past couple of years because more farmers are thinking about succession planning and the best way to protect their businesses for the future.

“I do think this is a trend that will continue, as future changes to support schemes will mean farmers will need to look at their businesses more closely,” she said.

Farming Connect is a scheme focusing investment from the Welsh government and the EU on revitalising rural communities and providing support for agriculture and forestry.

It delivers Venture, a matchmaking service designed to pair up landowners looking to step back from the industry with new entrants and also offers funding for business planning and legal guidance.

So far the programme has established more than 30 new joint ventures.

“Agree as much as you can beforehand so there are no surprises or disagreements later, such as the contractor’s prices, first charge amount and percentage split of the profits,” he said.

“Agreeing the cropping as soon as possible will also give the opportunity to draw up some draft costings.”

Trust is important, as both parties must work together for mutual benefit. Though the contractor will get paid for their work, income is not as guaranteed for the farmer, Mr Davies said.

In North Wales, several estates have gone into share and contract farming agreements as a way of taking back control of their land.

Rostons is involved in many contract farming agreements, mainly arable units in Chesire and north-east Wales. The longest has been running for more than 12 years and runs well now all parties are aware of their roles and how the system works.

“I have been involved in a new arable one that started up last year on the Wirral,” Mr Davies said.

“This one took a bit more time to put together and administer but because everything was discussed before the agreements were signed, everyone was aware of the risks, costs and benefits.”

When setting up a share farming agreement, the first step should be holding a meeting with both parties, farm consultant and solicitor to ensure everyone is honest and open about their aims and objectives, Ms Jenkins said.

“Professional advice should be sought as soon as possible in order to ascertain whether the joint venture is viable and should be pursued, and to receive guidance from a solicitor about which type of agreement would be suitable,” she said.

“The agreement needs to benefit both parties to work in the long term. Make sure both sides are clear about their roles and responsibilities from the start.

“They must be prepared to be flexible and have regular meetings and good communication to iron out any problems.”

Every single share farming agreement is unique because it depends on the scale of the enterprise and the assets the people involved bring to the table.

To make it work, you need a profit to share, which is why these agreements are far more popular in the dairy sector as dairy farms are generally more profitable, Ms Jenkins said.

Peredur Owen, 26, grew up on his family’s beef and sheep farm in North Wales before studying agriculture at Harper Adams, which included a year’s placement on a large-scale livestock holding in New Zealand. 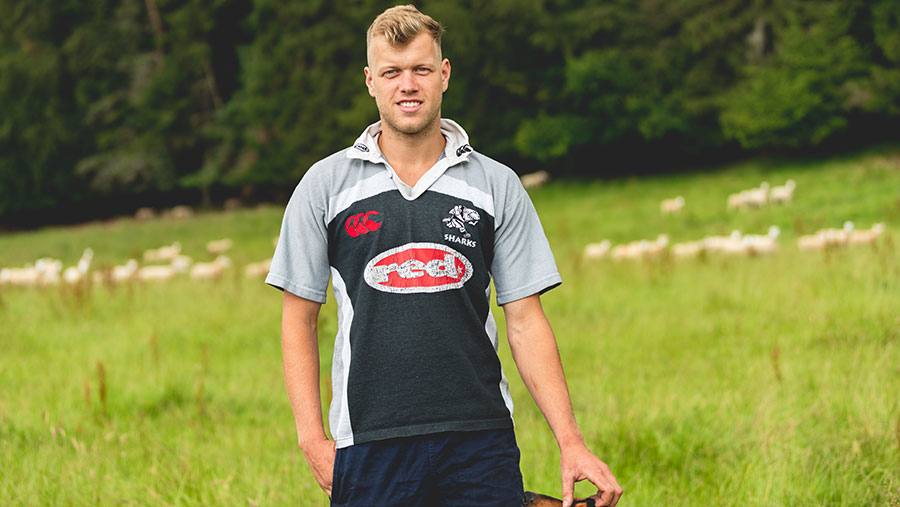 He was working as an agriculture development officer at Dunbia when he decided to apply for a share farming agreement on a 202ha stock farm in Carmarthenshire, south Wales.

“The size and scope of the place appealed to me and I wanted to go back to working on farm, rather than in an office,” Mr Owen said.

After creating a business plan, he was shortlisted for an interview before being told he was successful.

Agri Advisor and Farming Connect helped with business planning and legal guidance for the share farming agreement, which began in November 2018.

“The transition was really easy and it was important for us that there were no sudden changes and time for me to get to know the farm,” he said.

“Accommodation was provided on-site, which was crucial for both of us, especially for lambing, and a big bonus for me.”

The pair own separate businesses that run parallel to one another, and have weekly management meetings and monthly finance meetings where they share decision-making and ensure everyone is up to date.

Their assets were evaluated and this is reflected in the profit-share agreement.

Together they plan to continue to develop the farm, increase stock numbers and improve grassland management. The main aim is to maximise output based on a low-forage system.

The suckler herd is being phased out in favour of grazing youngstock on contract with a national processor before passing them on to a finisher.

Having just bought some EasyCare tups, he is trialling a wool-shedding breed.

“I would 100% encourage people to get involved with share farming as long as they are prepared to be open and communicate well,” Mr Owen said.

“The opportunity is there but I’m not sure people are taking full advantage of it yet and some young people aren’t willing to move for it.

“People not from a farming background should also be given the chance if they’re keen and show business acumen. They can learn from the landowner and the farmer may enjoy passing on their knowledge and seeing the development as well.”