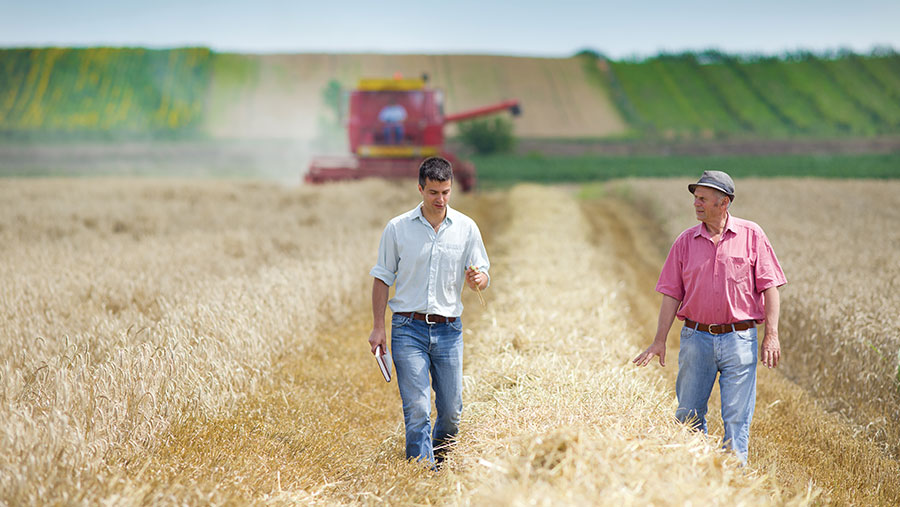 For those who want to farm, increasing prices often present insurmountable barriers to accessing land. On the other hand, older farmers with no succession plan but who want to take a step back from their business may feel their only options are simply to carry on or to sell up.

In Scotland and Wales, pathways encouraging collaboration have been created to provide solutions to both challenges, and these are gaining traction.

Eighteen new joint ventures have been agreed in Scotland in the past two years through the work of the Scottish Land Matching Service (SLMS).

See also: How share-milking can provide a route into dairy farming

This initiative was established in 2019 in response to industry concerns about the lack of opportunities for new farming entrants resulting from challenges with accessing land and capital.

However, Wales was first off the starting blocks with the launch of the Farming Connect Venture programme in 2015. Its tally of joint ventures currently stands at 55, facilitating successful collaborations between forward-thinking farmers and people at the start of their careers or who want to expand.

In England, attempts by the Fresh Start Land Enterprise Centre to secure financial backing to relaunch its service matching landowners and new entrants have so far failed. A two-year pilot ran from 2016.

How do people get in touch?

People generally contact us through our website (slms.scot), but sometimes they hear about us by word of mouth and get in touch directly.

We keep a database of inquiries – there are currently 460 names on the system. The vast majority are people looking for opportunities.

I think a reason we have so few people providing opportunities is that succession can be a difficult thing to talk about, but we would encourage anyone thinking about the future to get in touch and have a chat about options.

We have a telephone discussion initially and then, where there is a potential opportunity or match that might suit, we start to take that process forward by meeting people face to face to get a better sense of the person in terms of their objectives and what they are looking for.

We know not every introduction will work – if there isn’t a spark between two parties there is no point in continuing with the process.

Who is using the service?

For those looking for opportunities there is a big cross-section of people from all walks of life – the aspiring lifestyle farmer who wants a new life in the country, farmers who are looking to expand and young people who are starting their careers.

We are very realistic about the prospects of finding an opportunity. It is important that people understand that when entering a joint venture, some business experience is a key element.

From the point of view of someone providing an opportunity, it might be a family partnership that wants to take things forward or older farmers who either don’t have successors or whose children don’t want to farm but they also don’t want to sell the farm.

What is the most common agreement?

The majority are joint-venture or contract-farming agreements. There is no common template. Each arrangement is unique to the wishes and objectives of each party – agreements must be fair to both.

It is important that the agreement stipulates that the person providing the opportunity remains the farmer in respect of farm support schemes and tax considerations such as inheritance tax.

It is usually a five-year agreement with an option to review. Within that period there should be at least an annual meeting between all parties to allow any issues to be raised. Communication is absolutely key – without that, it doesn’t work.

In two years we have facilitated 18 arrangements and beyond that have provided advice to many who are early in their thinking about the future.

The arrangements range from a market garden to a 3,000-acre hill farm – there is no limit in terms of size.

Once the agreements have been put in place, we arrange some follow-up discussions and, so far, we haven’t had anyone come back to us to tell us that it is not working.

hould any issues arise, we are on hand to try to help resolve them

Some of the parties have known each other previously and that definitely helps.

When you have complete strangers it takes time to build that trust and knowledge of each other. We have achieved it, but it takes time. Getting the right agreements doesn’t happen overnight.

How do people get in touch?

We have a mailing list of people who want to be informed when new opportunities are listed.  Providers can discuss their options for advertising their opportunity with the Venture officers.

If they already have a business partner in mind and don’t need to use the matching service they can skip this step to access business and legal advice straight away.

Once a compatible match is found, tailored support is provided to both parties through a range of Farming Connect services, including the Advisory Service, which provides fully funded specialist advice to establish the new business structure and agreements.

Who is using the service?

The providers are farmers and landowners, some of whom might be considering leaving the industry because they don’t have a succession plan.

Seekers are made up of young entrants, farmworkers, herdspeople or those already in farming who want to grow and develop their business.

What is the most common agreement?

No two agreements are the same. There is funding for legal guidance, so a solicitor will discuss with both parties which agreement suits their individual needs.

Very often an agreement can include elements of different joint venture models.

We have facilitated 55 agreements. There has been  813 expressions of interest covering almost 21,400ha since Venture was established in 2015, and there are 320 active participants.

By helping match individuals who want to consider joint ventures, such as contract or share farming, and providing support and guidance on how best to arrange these, Venture is now facilitating a much needed solution for many who either want to scale down or exit the industry and those seeking a new livelihood within it.

Two farming families have come together through Venture to run a 450-cow dairy business in the Conwy valley. 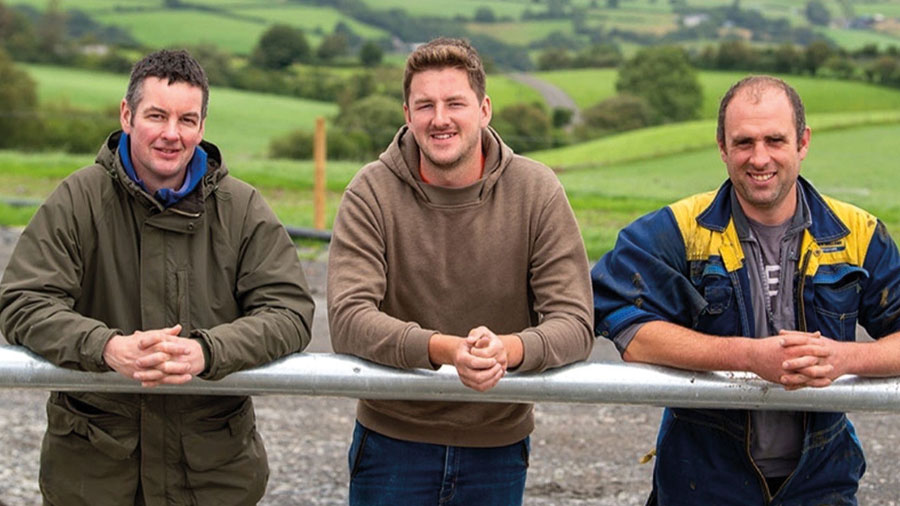 Mr Owen already had a contract to manage a local heifer-rearing unit, which continues. He realised he could not farm both places without continued support from his parents, who had hoped to take a step back from the beef and sheep business at Bodrach.

Gwydion is also involved in other joint ventures away from Ty’n Ffynnon and believed that growing his family’s dairy business from 150 cows made sound commercial sense.

“Although the two farms were being run very efficiently, both families recognised we had taken them as far as we could and agreed it was essential to plan ahead for the longer-term sustainability of both,” says Mr Owen.

At the end of 2018, they contacted their local Venture officer, Gwydion Owen, who helped support the families throughout the joint venture process to create a single dairy herd.

They received funded business and legal support through Venture to set up a new limited company, Llaeth Bod-Ffynnon Cyf.

They were able to approach the bank and receive the loan they needed to create their new dairy infrastructure and increase stock numbers. This was quickly followed by a legal agreement drawn up by Agri Advisor.

Mr Owen’s family sold all their beef and sheep to fund the purchase of dairy heifers and focus entirely on the new dairy enterprise.

For Mr Jones and his family, this was an opportunity to increase the size of their original spring-calving New Zealand herd from 150 through the purchase of 300 bought-in dairy heifers. These are now owned equally by both families.

A new rotary milking parlour and tracks were built at Bodrach. The new infrastructure has the capacity to milk 450 cows twice daily, with the output  sold to Arla.

Mr Jones has been able to bring in additional staff, freeing up time and improving his work-life balance. He says the support from the Venture programme was invaluable.

“The combination of having a sound business plan and legal agreement, together with Emyr and I having a clear vision of what we want to achieve, mutual respect for each other and the determination to safeguard the future of our family farms, has given us a great basis for moving forward,’’ he says.